The house on the cliff is definitely something else. It was designed by Fran Silvestre Arquitectos from Valencia who have managed to make it look like it respects the surrounding nature, while still proudly keeping its own integrity and boasting its bold form.

The 242 sq m house is in Toix Mascarat, Calpe, Alicante in Spain. It is made entirely of concrete, but the walls were covered with stucco which made it bright white. This feature emphasizes the unity of the entire house – even though its shape was dictated by the extremely uneven natural surface – but it still represents the traditional architecture of the entire area. Its most prominent feature is the 60 ft balcony that provides excellent view of The Mediterranean Sea. 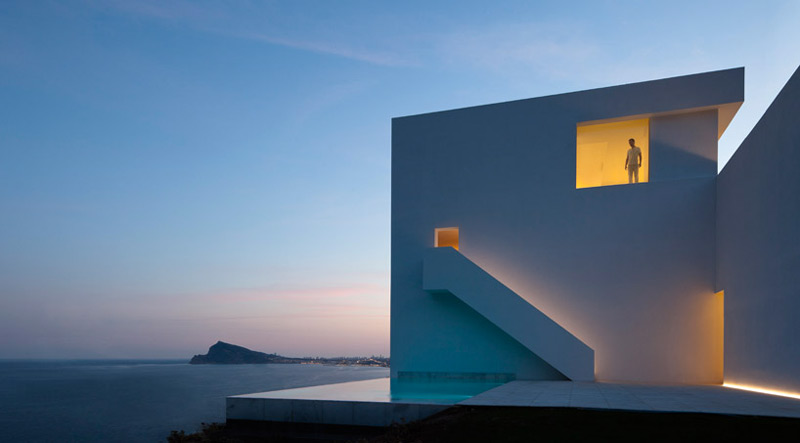 The rooms of the house are organized on four floors due to the fact that the shape of the surrounding area was left as intact as possible. 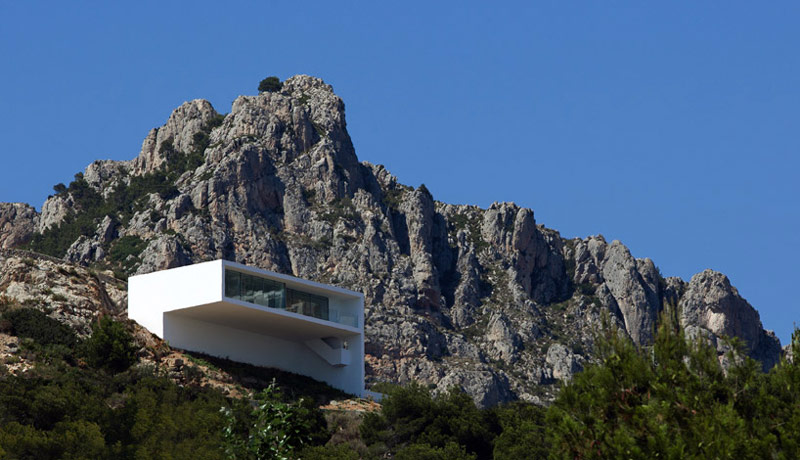 The lowest floor features a swimming pool terrace that offers a stunning view of the sea. Actually, the sea is visible from almost any point of the house. Even the stairs have been placed outside enabling the inhabitants to move from one level to the other while observing the scenery. The rest at the top of the stairs, right next to the door positioned within the outside wall, is another viewpoint. 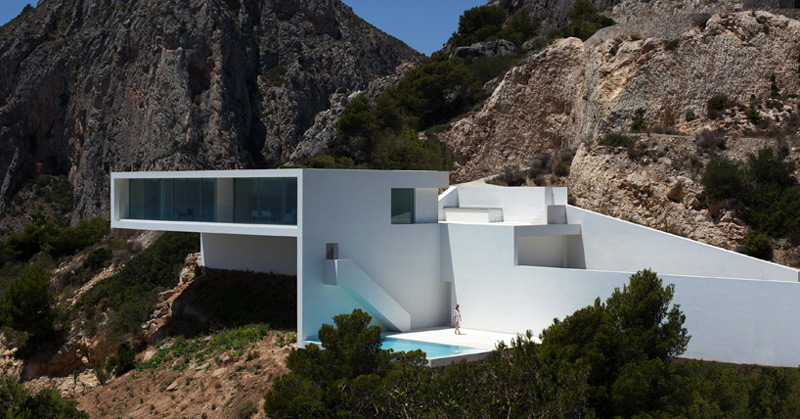 The top level houses the living room, dining room, kitchen and bedrooms. This part is protruding and its form really draws the attention, while enabling startling panoramic view through the façade whose entire surface is glazed. This view can be enjoyed from a veranda that covers the entire length of the upper floor.

Even though it may not seem so at first sight, everything about this house is about the surrounding environment. The position, the shape, the color, as well as the emphasized openness of almost every single point of it. watch video below 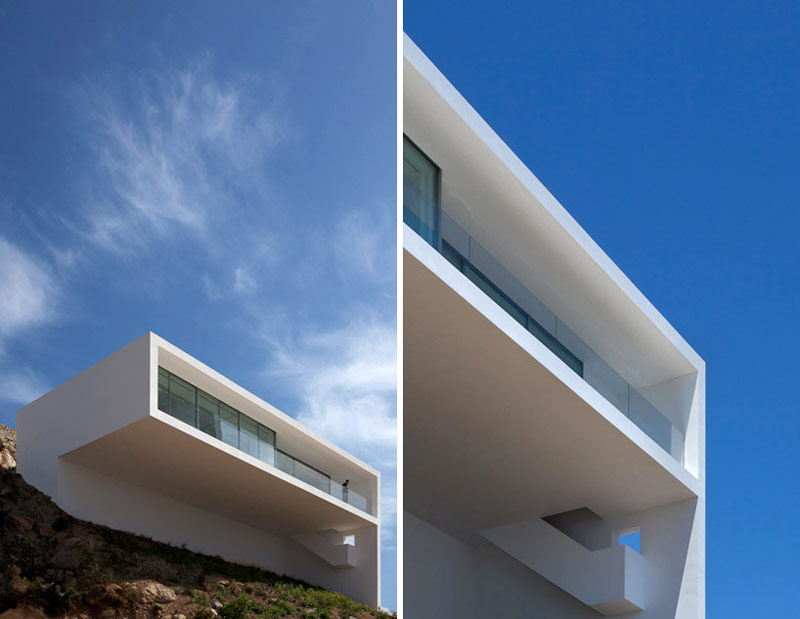 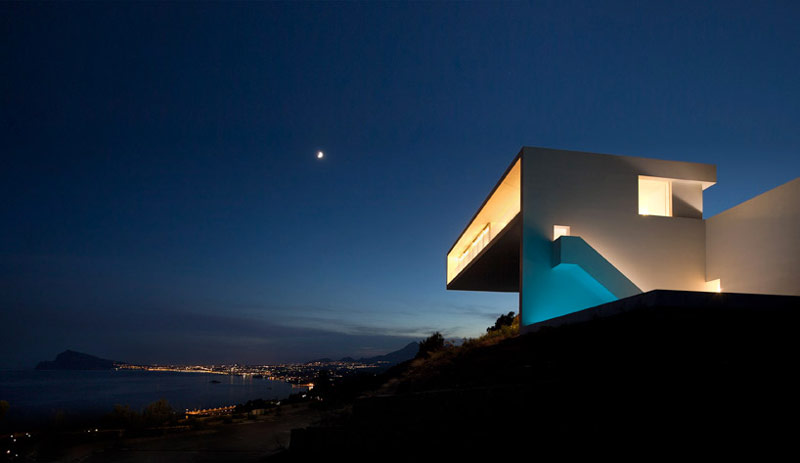 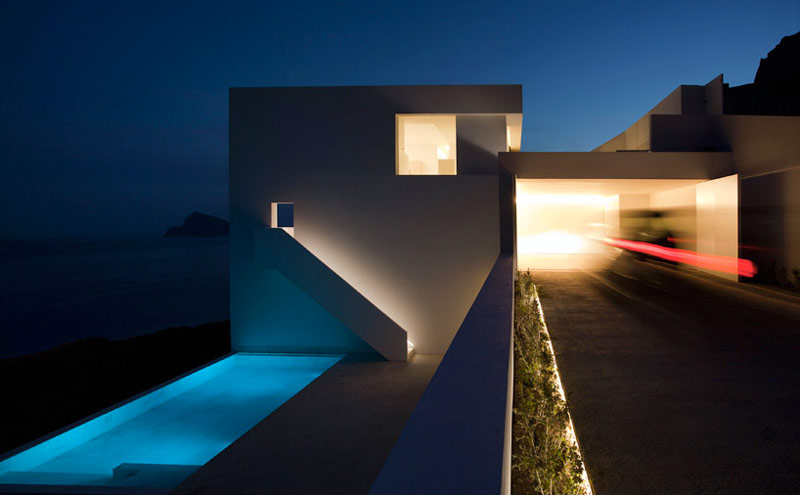 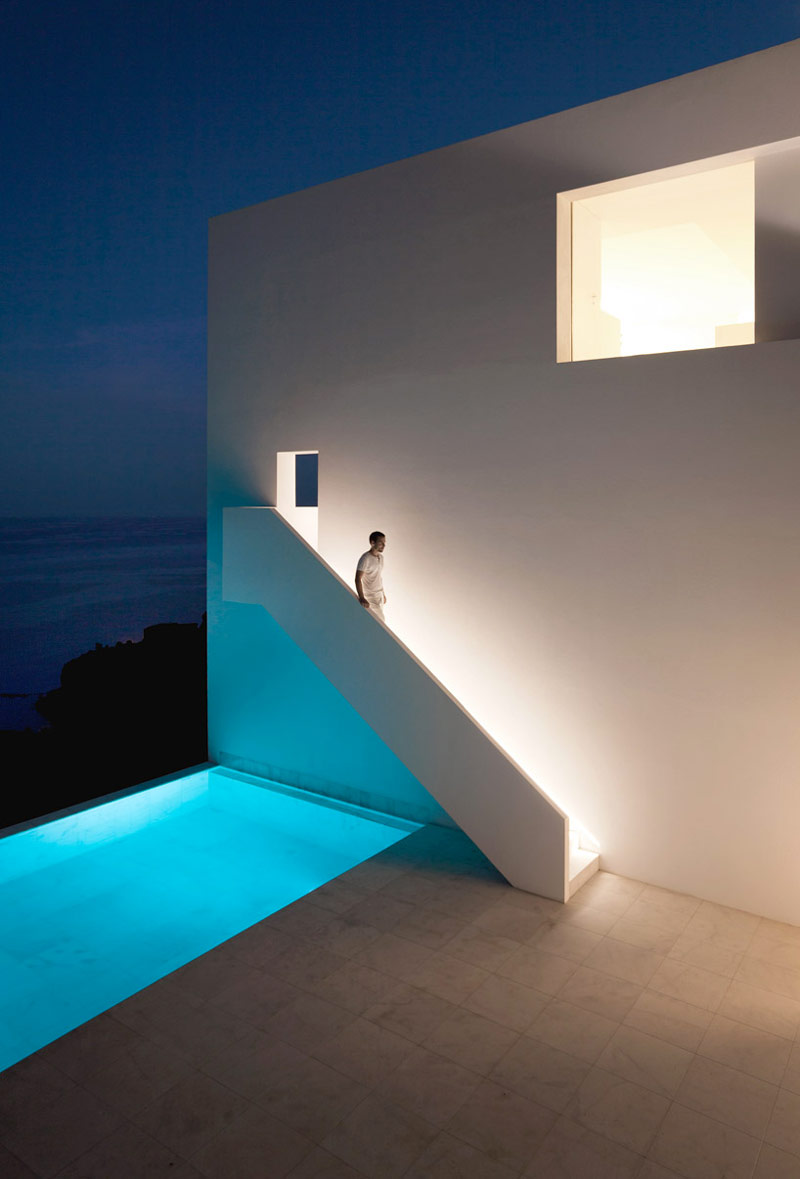 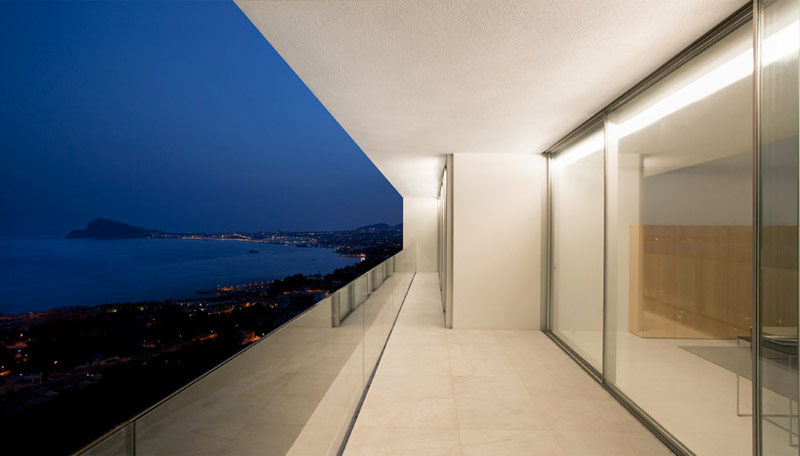 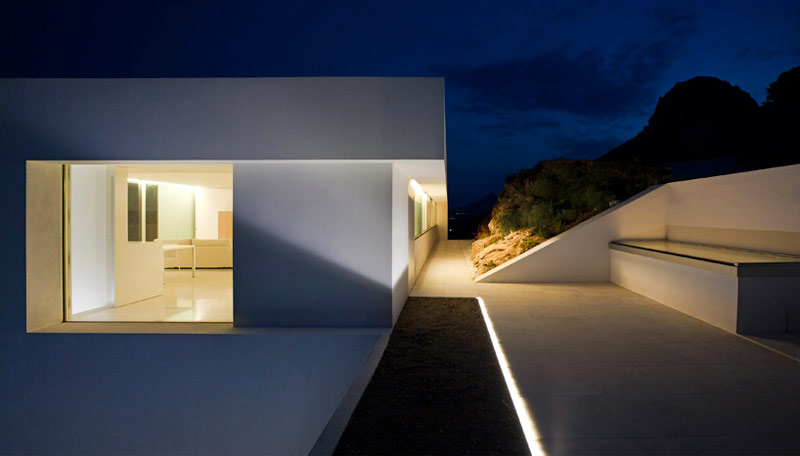 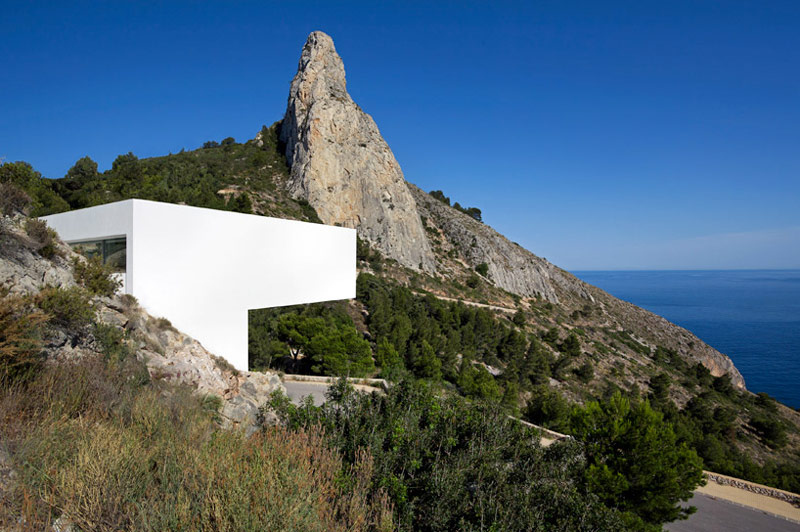 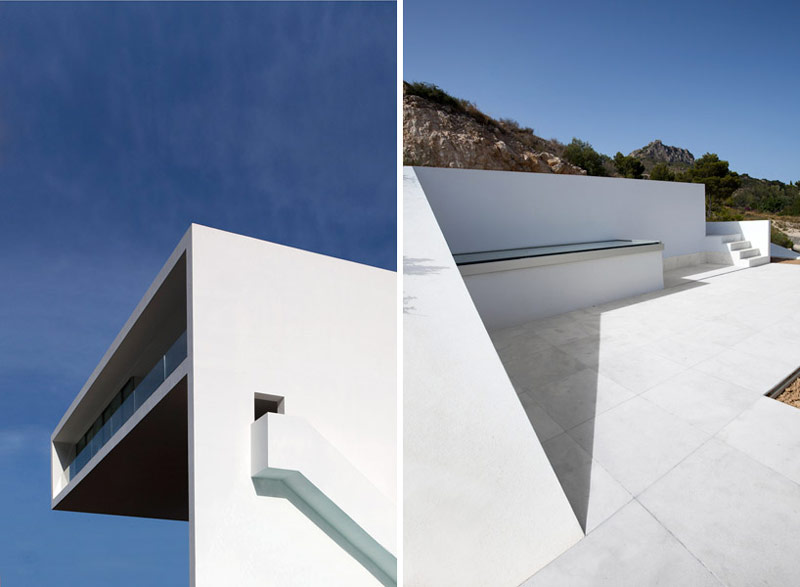 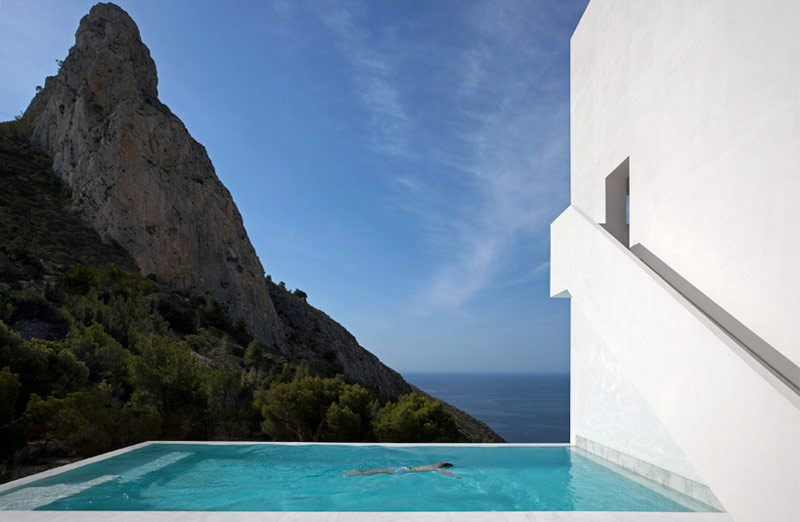 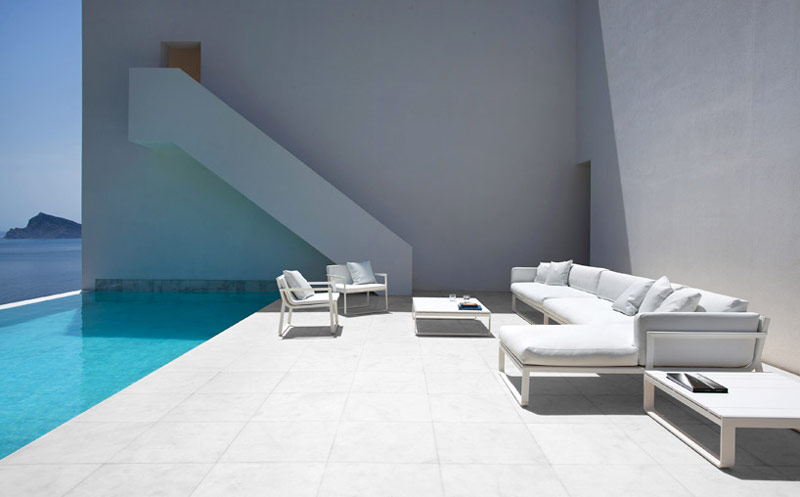 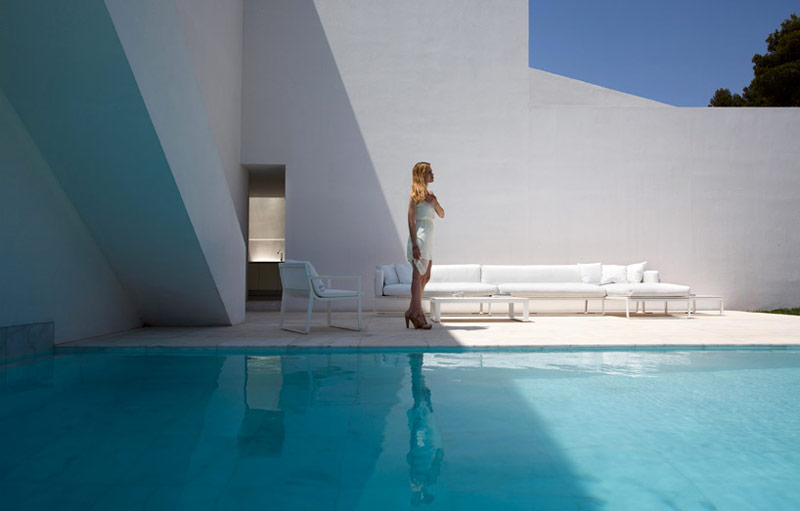 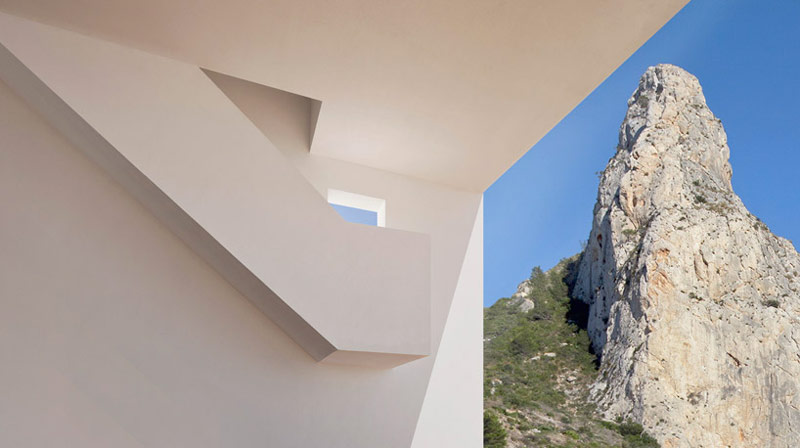 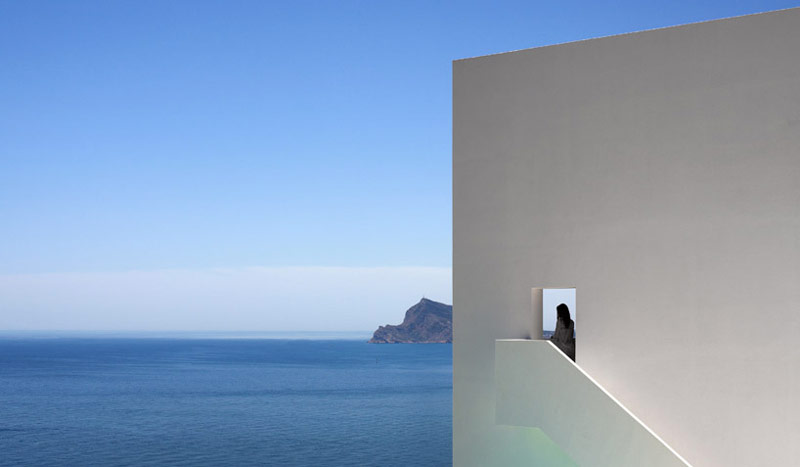 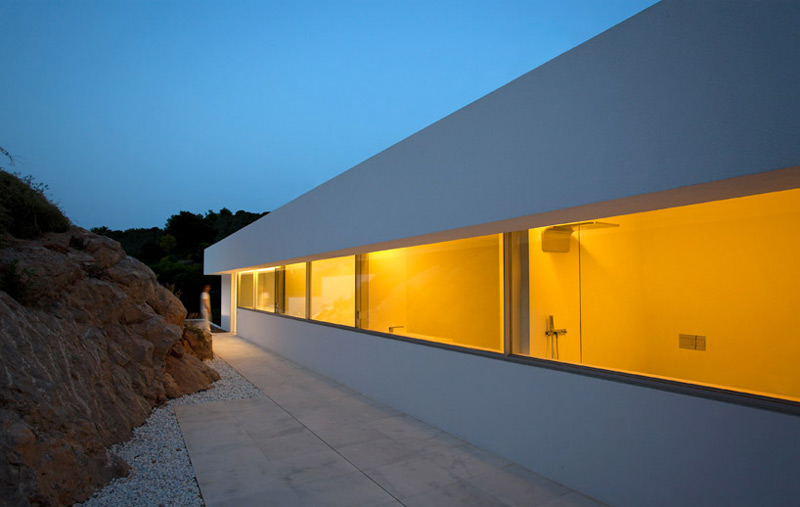 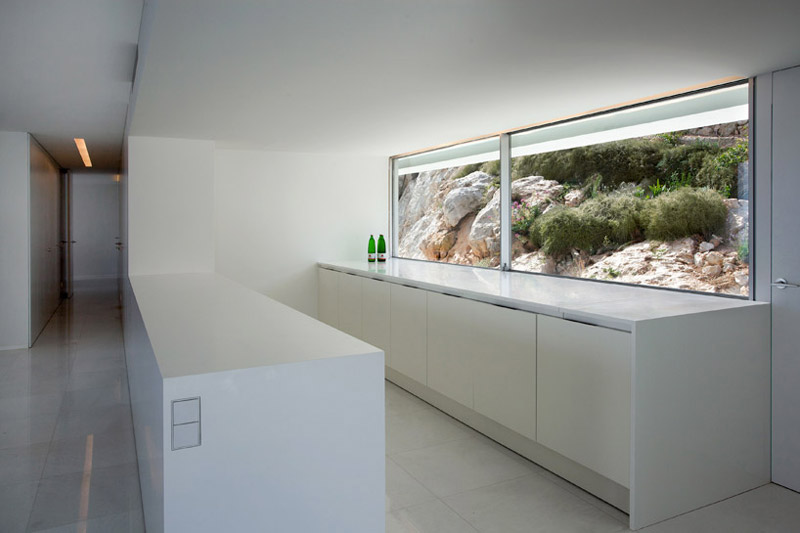 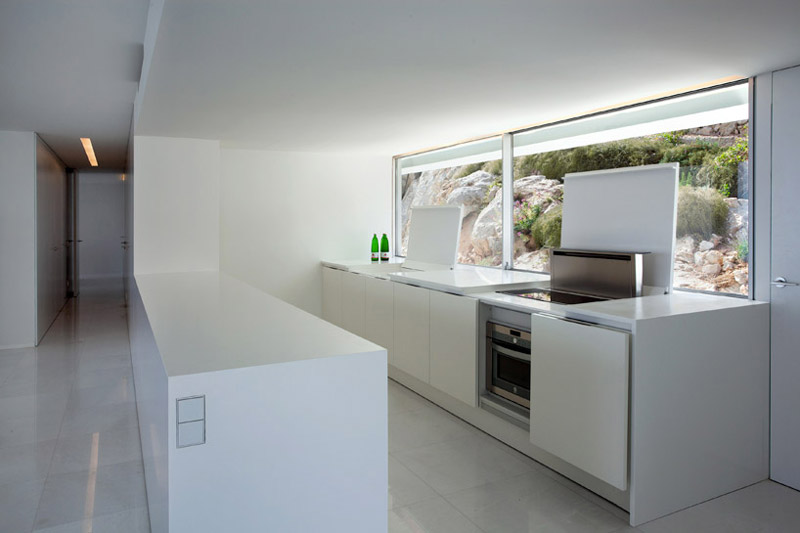 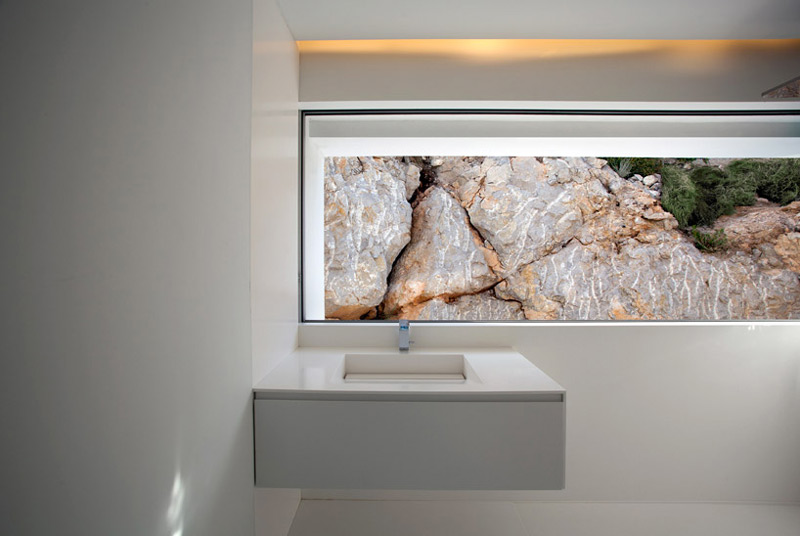 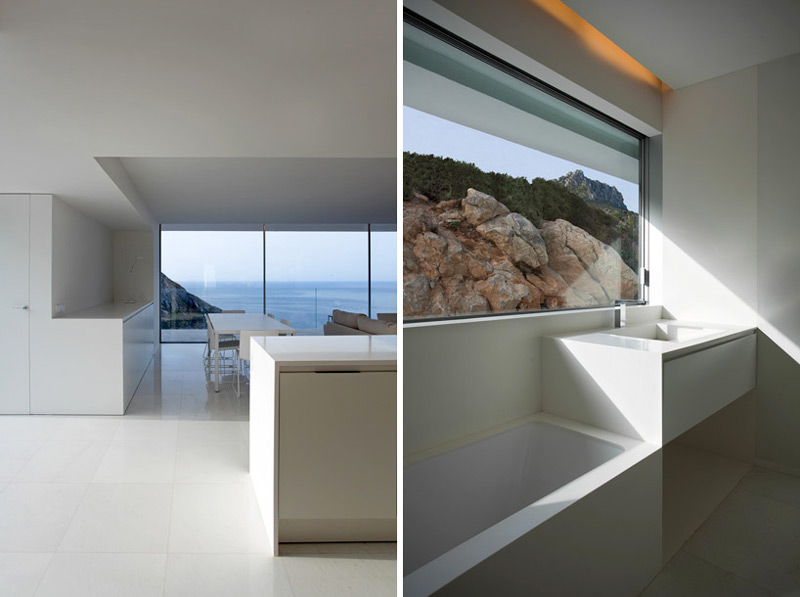 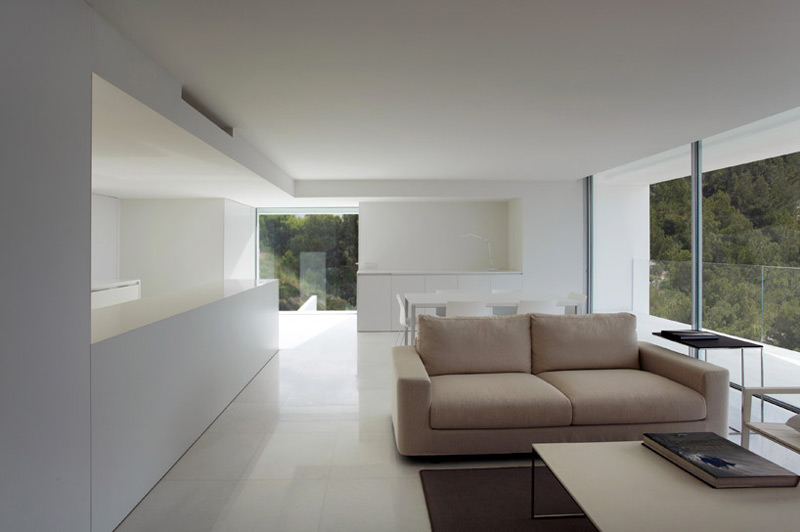 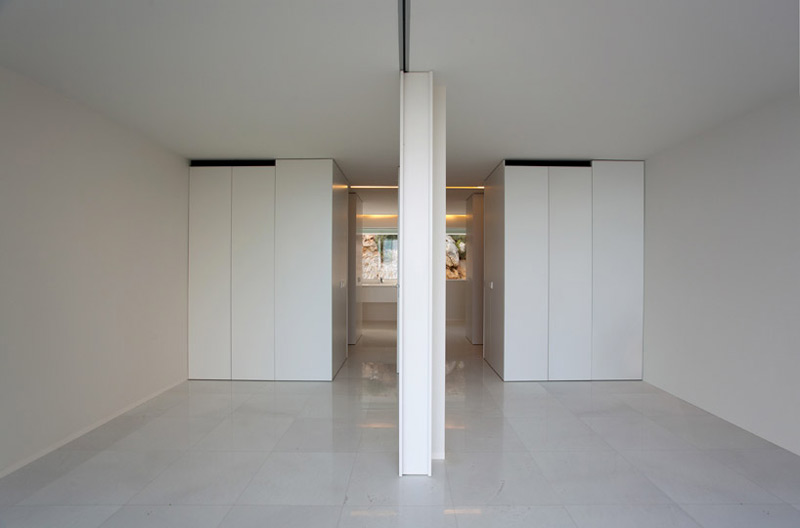