The great Spanish architect Alberto Campo Baeza is the designer of one of the most architecturally radical houses ever to be made in Spain. House of the Infinite is situated in Cádiz, a beautiful town on the Atlantic Ocean. It resembles a stone platform sitting on the edge of the tip where the sea unites with the land. The designer says that the house was envisaged as a “jetty facing out to the sea, sitting on the denuded stone platform, designed in honour of the ancient Romans, resembling an acropolis built with the Roman travertine stone”.

House of the Infinite (also referred to as the VT house) has architectural elements that are embedded in the solid rock formation behind it. The house measures 20 metres wide and 36 metres deep, and it is built in the shape of a rectangular box.  Despite being decidedly modern in design, the house perfectly blends into the natural settings and colours of the Cádiz area. It is surrounded by three sturdy walls which serve as protection against the strong shore winds thus creating a sense of stillness in amidst forces of nature.

House of the Infinite spans 900 square metres, and it is, in the designer’s words, “all podium, only podium”. The structure is defined by the horizontal plane and the stunning sweeping platform which houses an infinity pool. The top level of the house comprises of elegantly and brightly designed rooms, intended for socializing which lead into a kitchen with an ample dining area. The lowest level has several bedrooms, situated on both sides of the central area with the direct access to the beach. [via] 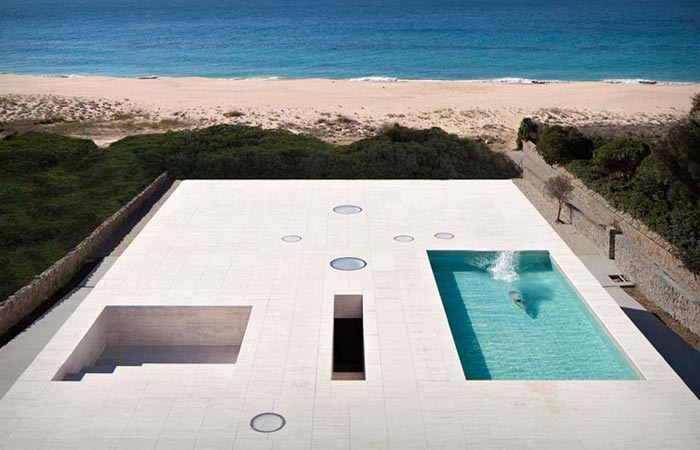 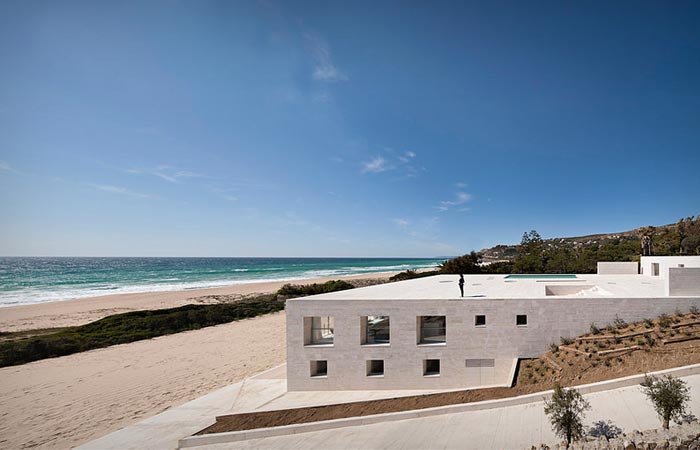 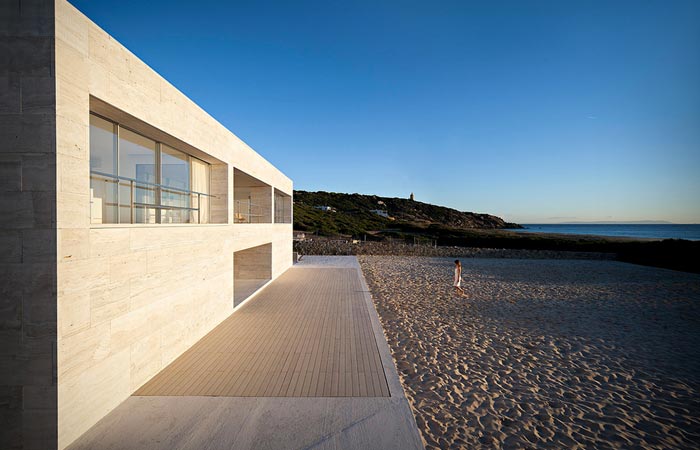 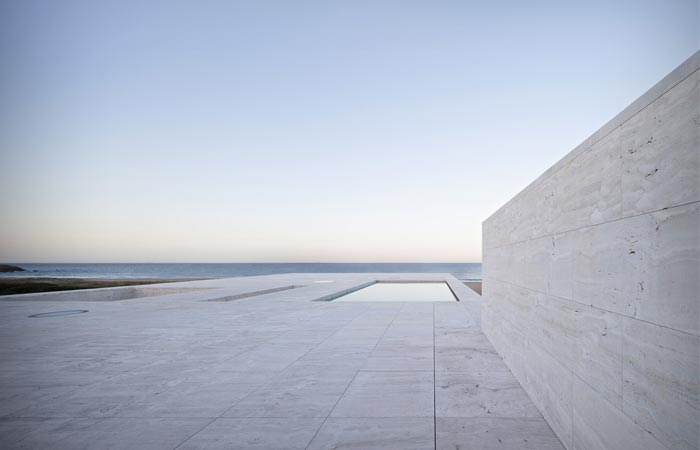 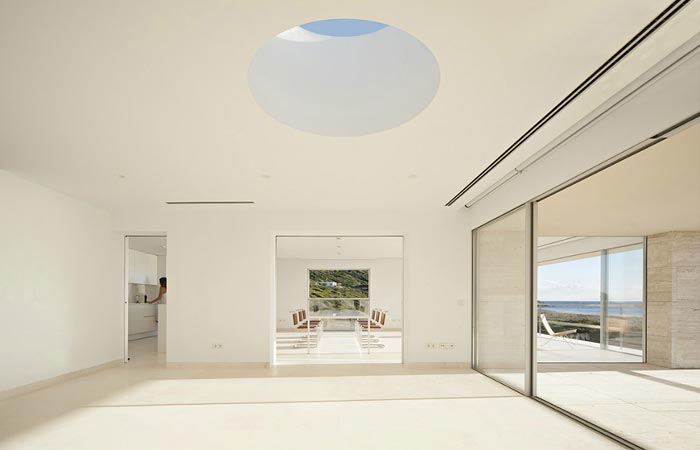 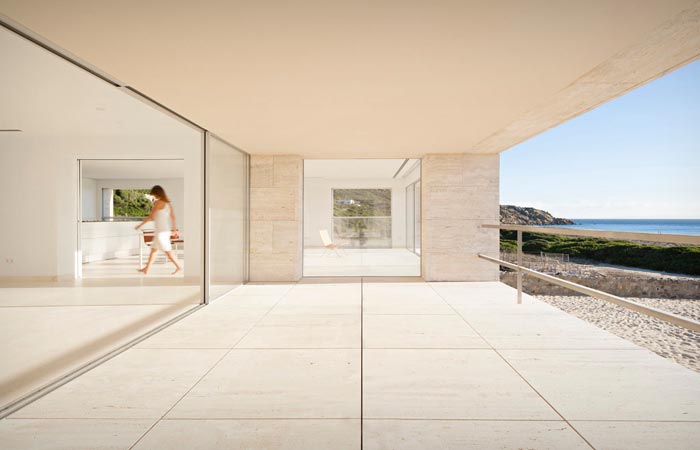