Hotel de Glace, or the Ice Hotel is a construction that is built every year. It is made of 15,000 tons of snow and 500 tons of ice and its freezing four feet thick walls that keep the temperature inside the hotel between -23⁰F and -28⁰F.

Even though it does not sound like the most comfortable hotel, this work of freezing art has everything you would expect a hotel to have – theme rooms and suites, a cinema, a hot tub (an outdoor one, mind you), a chapel, a spa, a bar, etc.

Sleeping might seem like a bit of a problem, but the beds, even though carved entirely of ice, offer a surprisingly pleasant sleep due to the furs and thermal sleeping bags. With ice being its main theme, you won’t be surprised when you are handed a drink in a glass made entirely of ice. 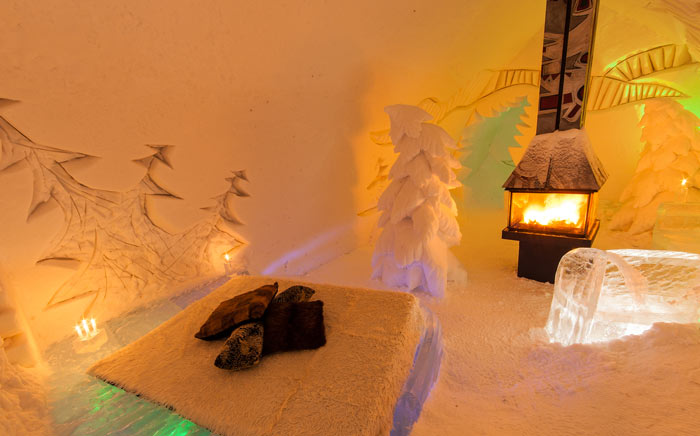 The design changes every year, due to the fact that the hotel is constantly being rebuilt. It is open in January every year and it stays open until April, and it is fairly popular, given the fact that more than 500,000 people have visited it so far, so an advance booking would be a good idea.

This is not the first ice hotel (we have already presented the Swedish ICEHOTEL), so it is safe to assume that, building on the popularity of these, many other places whose natural conditions support such constructions will soon offer similar lodging. watch video below 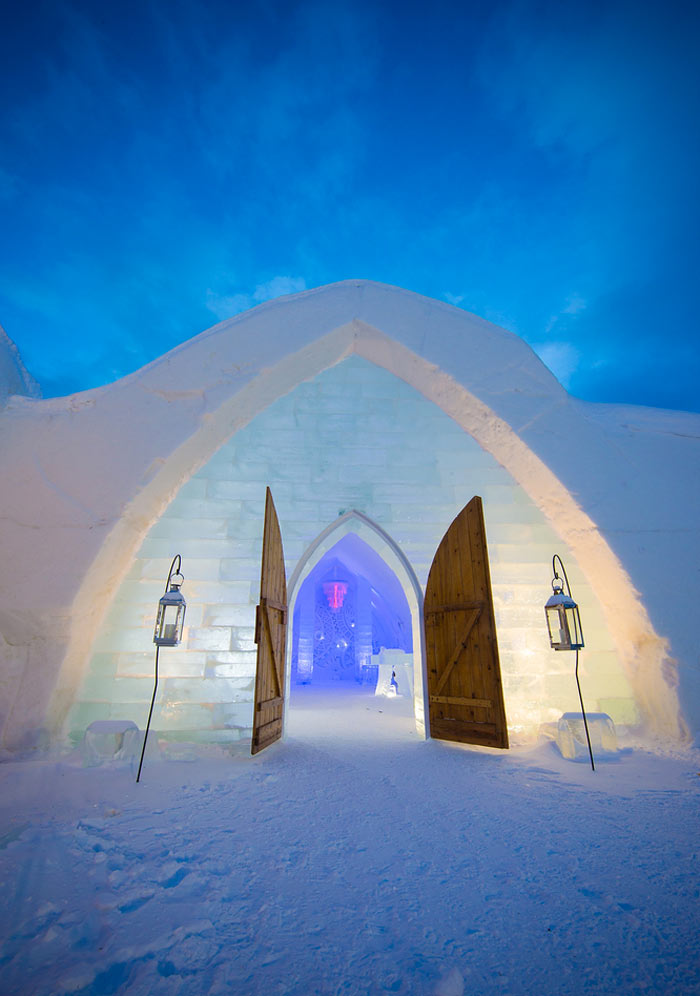 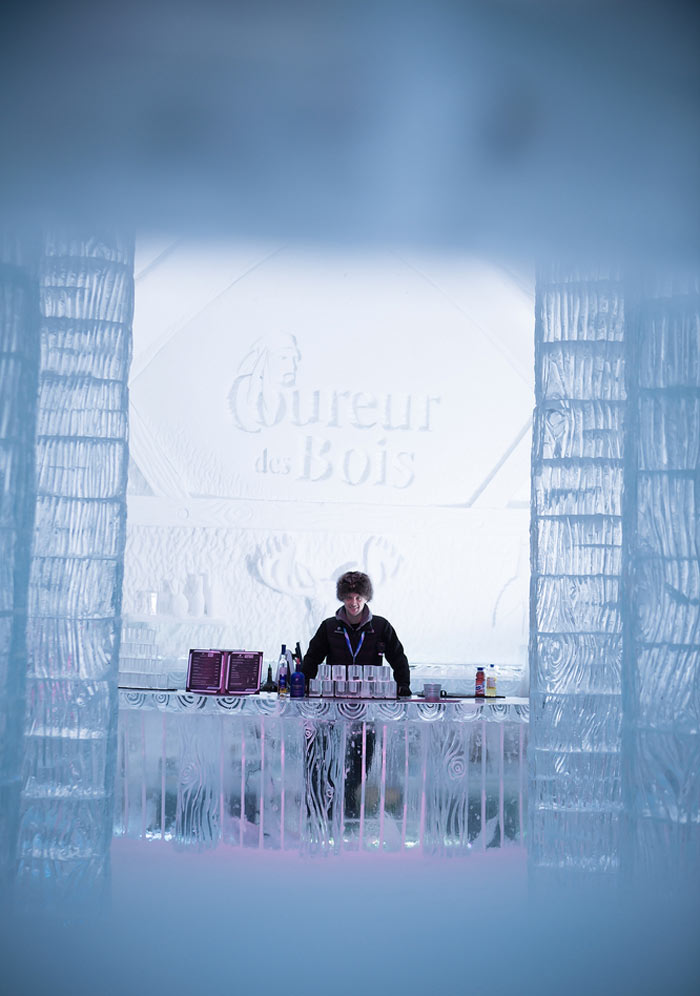 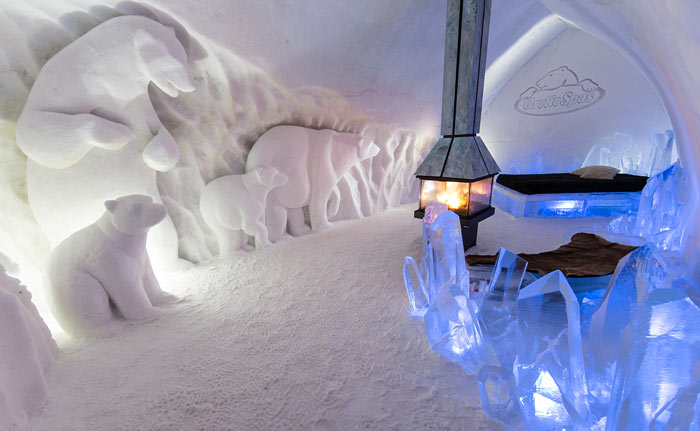 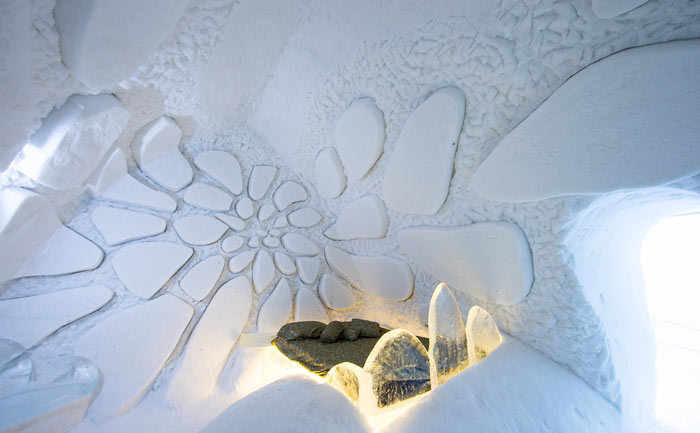 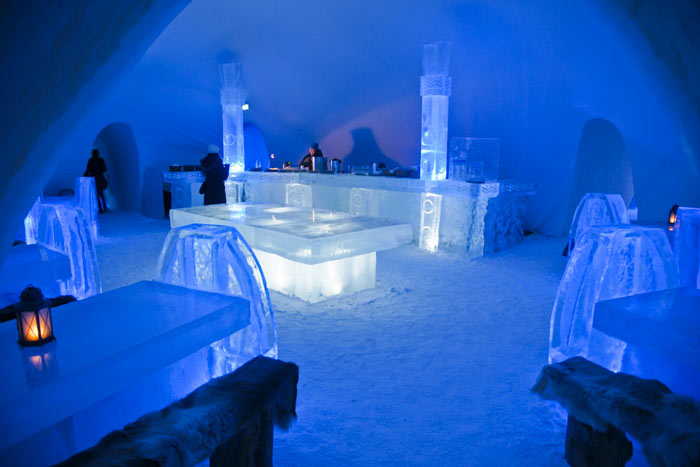 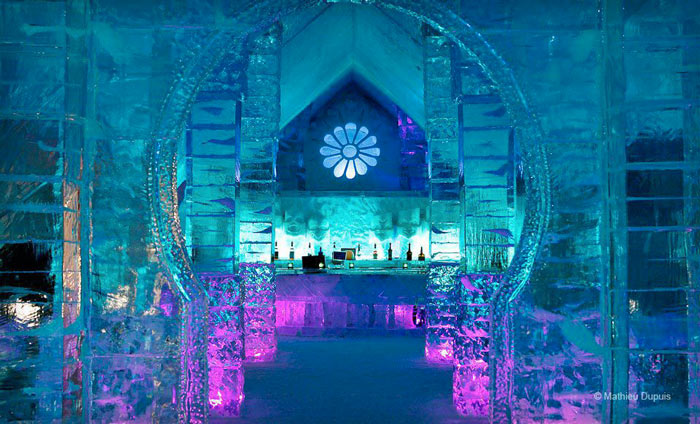 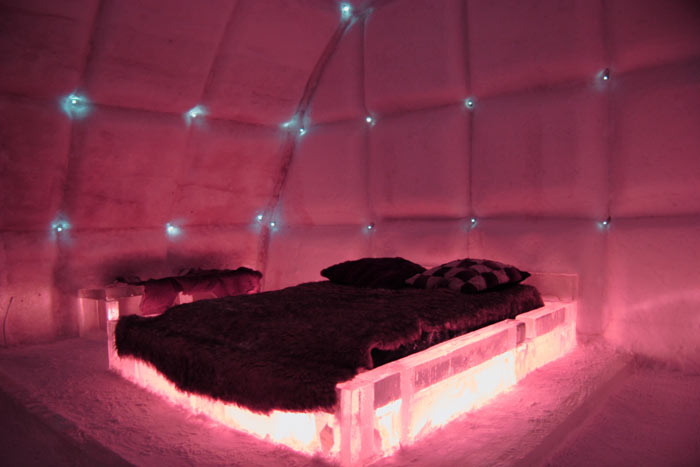 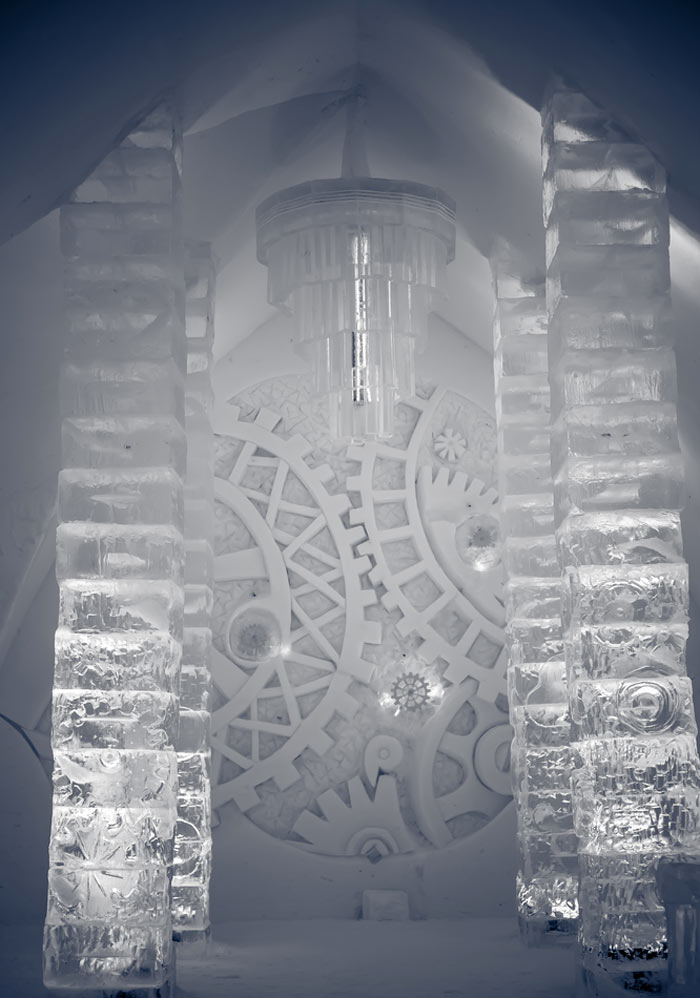 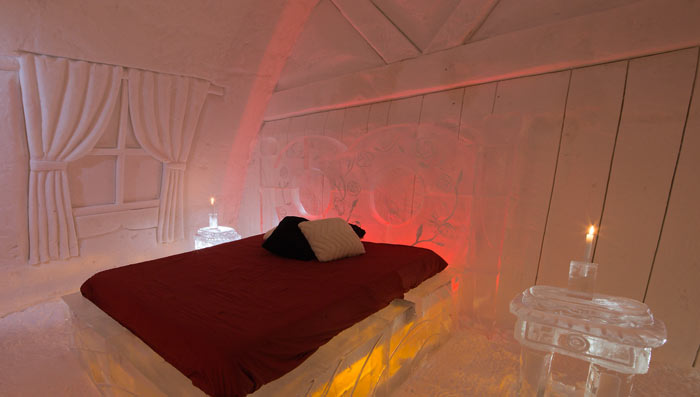