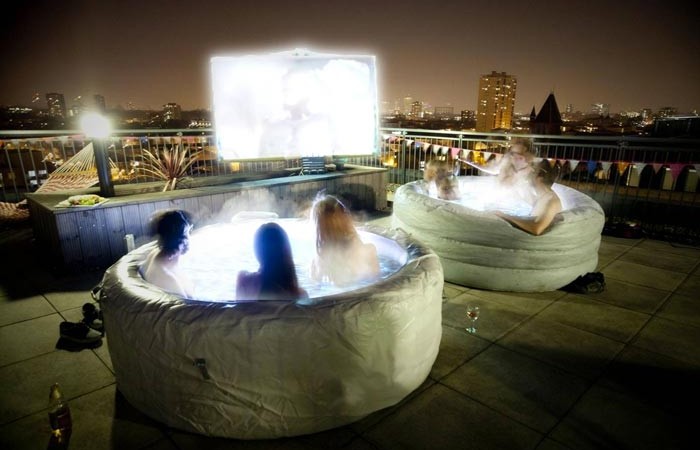 London has many open air cinemas, but the Hot Tub Cinema surely is the most interesting of all. This absolutely unusual “cinema” is located on the roof terrace of the Rockwell House in East London.

Consisting of 20 hot tubs, two large screens and a surround sound system, this place will give you an unforgettable experience for the price of £30 for a single ticket, or £240 for a private tub, which is designed to accommodate 8 people. At their disposal, guests have a BBQ menu and waiters. The food and drinks are paid in tokens, which are bought at the entrance.

The summer season lasted from 6th June 2013 until 29th September 2013, and was split into 2 parts. The best British classics were aired, but having in mind that those movies were probably watched many times already and all the fun while chatting with friends in bubbling Jacuzzi, the films certainly are not considered the main attraction.

Some of the shown movies were Trainspotting, The Full Monty, The Inbetweeners Movie, Four Weddings and a Funeral and Lock Stock and Two Smoking Barrels.

In the autumn and winter the Hot Tub Cinema is also open, but, for apparent reasons, moved inside.

Providing an excellent view of London’s beautiful skyline, as well as the great fun during bathing with your friends and watching the best classics, the Hot Tub Cinema is a wonderful place for jolly exhibitionists to spend hot summer days. [via] watch video below 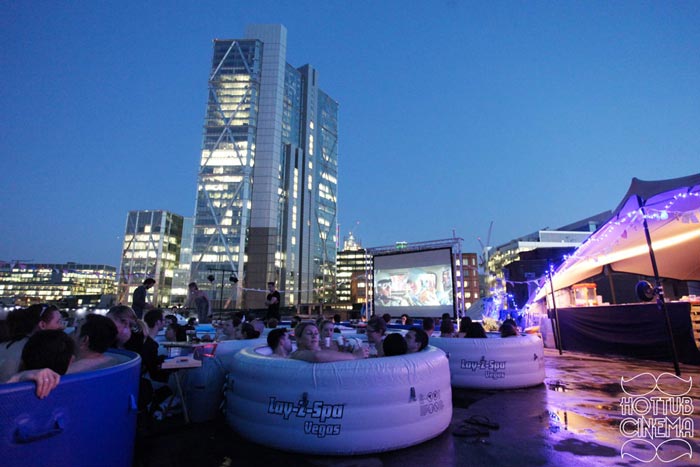 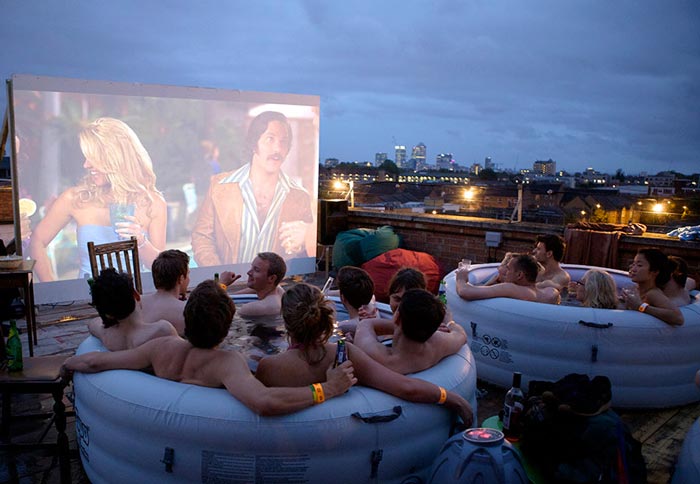 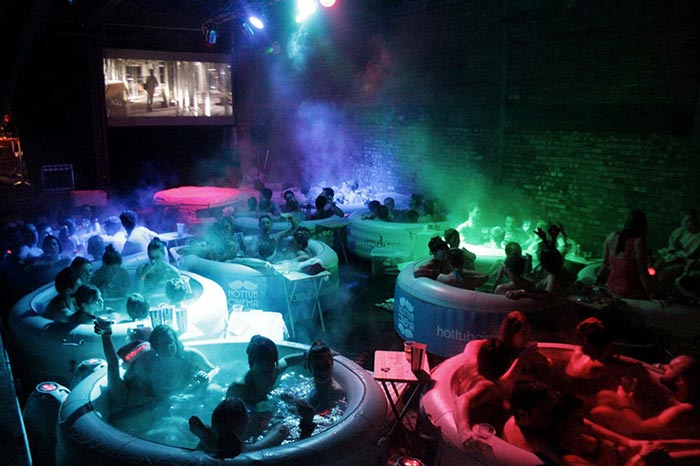 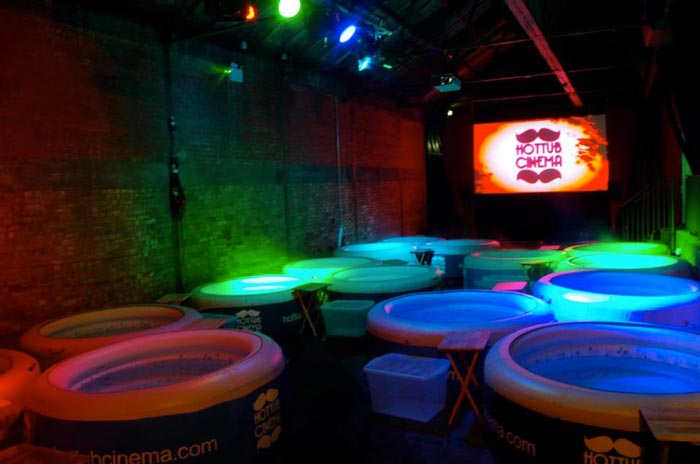 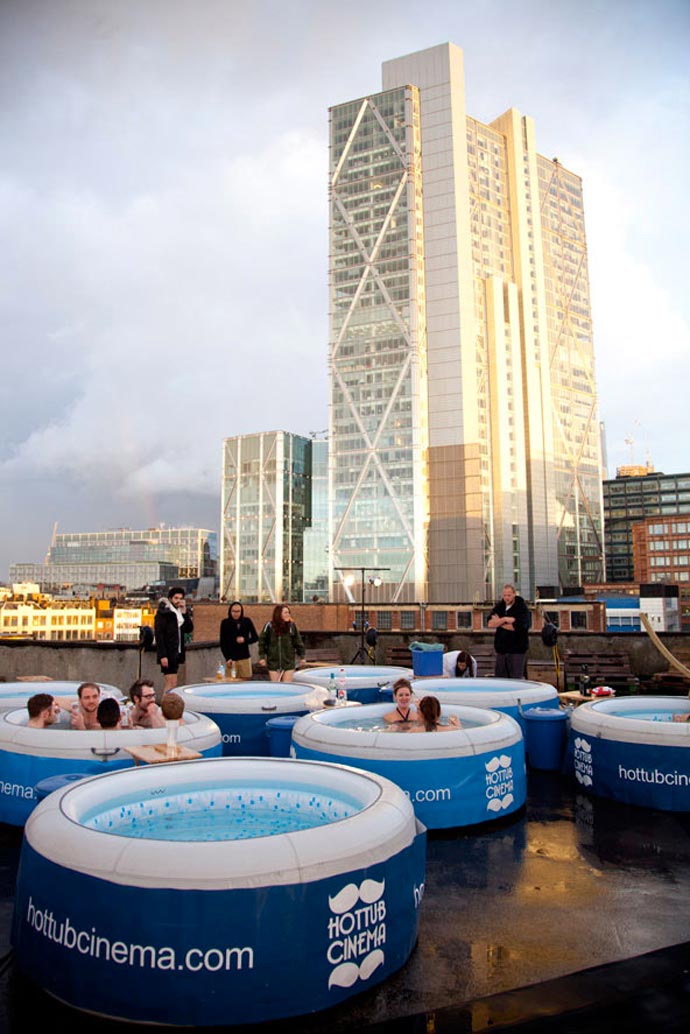