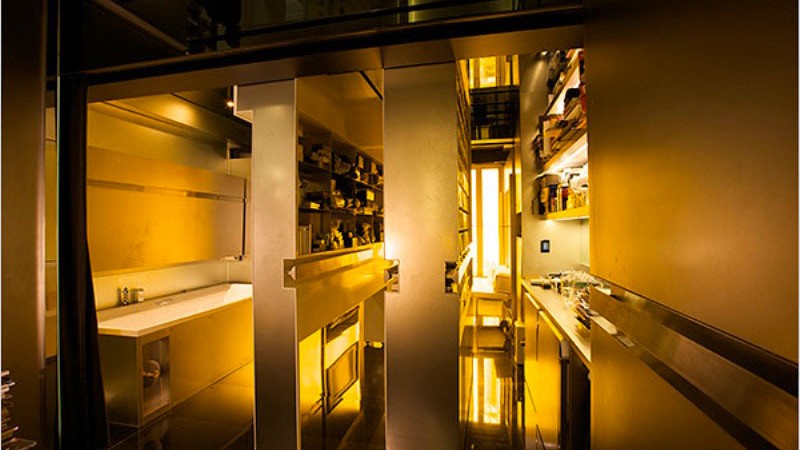 Residential space is becoming an exceptionally expensive commodity and a growing problem in urbanized Asian environments. However, architect Gary Chang from Hong Kong need not worry. His ingenious solution called ‘Micro Apartment’ could be the key to creating more space with sliding wall units and fold-away furniture.

Gary’s apartment is only 344 square foot (or 32 square metres) but with a smart use of resources he has managed to transform it into 24 different designs. 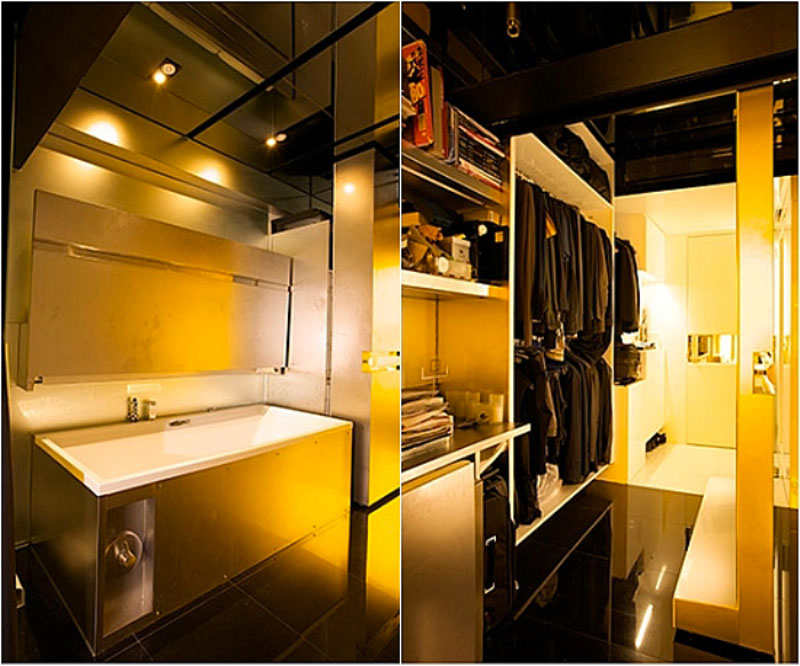 Virginia Gardiner described the apartment in the New York Times: “The wall units, which are suspended from steel tracks bolted into the ceiling, seem to flat an inch above the reflective black granite floor. As they are shifted around, the apartment becomes all manner of spaces – kitchen, library, laundry room, dressing room, a lounge with a hammock, an enclosed dining area and a wet bar.” 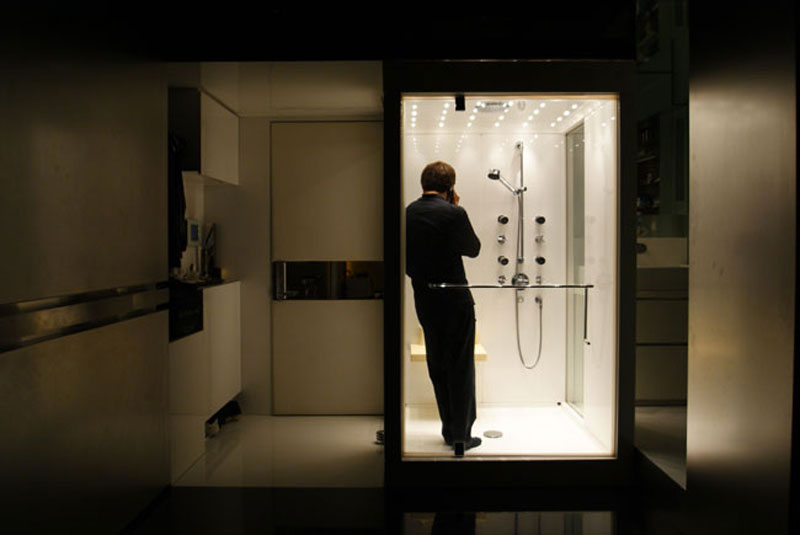 Although it took Gary almost 30 years to finish his adaptable apartment, he says that “there is no use making your home as if it is a perfect show flat but at the same time never really use the space.” Originally, the apartment had three miniature bedrooms, a living room, a kitchen and a dining room and the space was very tight. Now, three even four people could live in the ‘Micro Apartment’. Some sections of the apartment are quite luxurious. For instance, behind one of the sliding walls there is a huge Duravit bathtub. A shower is also a steam room with colour therapy and massage while the toilet has a heated seat and remote control bidet.

From the outside, Gary Chang’s apartment looks different than the others because of its yellow shaded windows which fill the apartment with a sunset-tinted radiance. He has even written a book about his 30-year-apartment project called My 32m2 Apartment, a 30 Year Transformation. 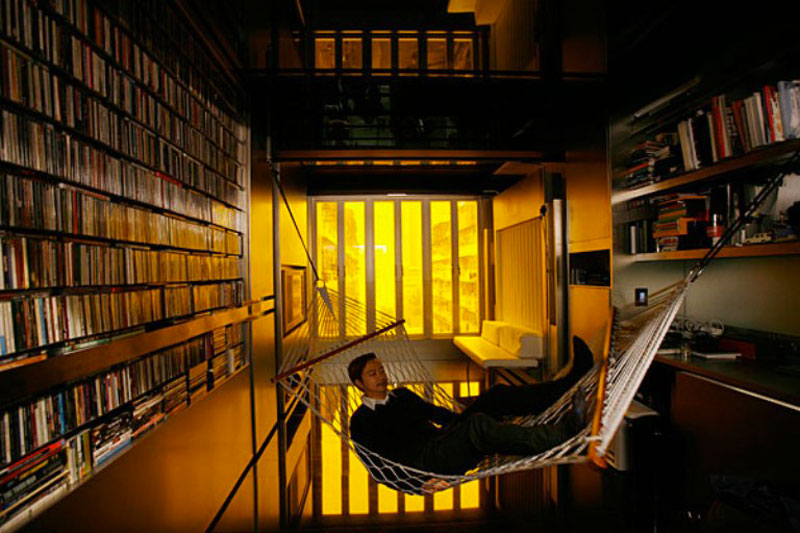 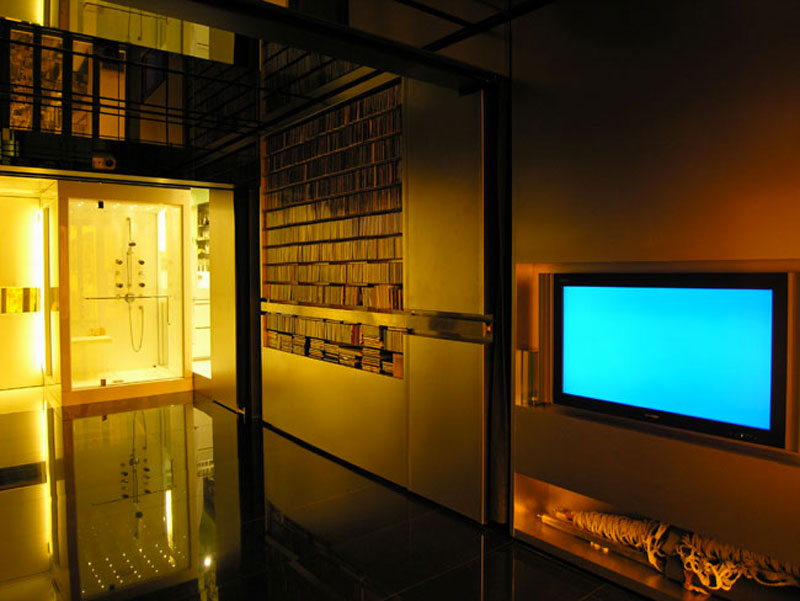