Honda has first showed the True Adventure prototype last year during EICMA (Esposizione Internazionale Ciclo Motociclo e Accessori) and has given no information about the bike at all. Now, we can finally put a name to the face. It is called the CRF1000L Africa Twin and it is the successor of the XRV650 Africa Twin released in the 1980’s in both name and color scheme. The newly released images show both the Africa Twin logo and the red, white and blue colors that were sort of a trademark for its predecessor. However, there are still no detailed specifications about the bike mentioned anywhere. The press release, in which the images were included, did have some interesting information though. 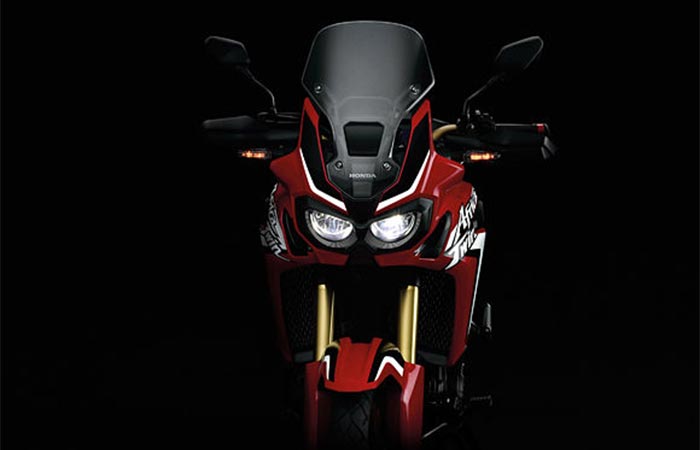 The new Africa Twin will stay true to the qualities of its predecessor and build on them. With the model from the 80s, Honda has won the Dakar Rally several times thanks to its durability, easy handling, comfort and go-anywhere nature. Honda aims to further improve these qualities and apply all that they learned during their 24 year absence and recent return to the Dakar Rally scene. 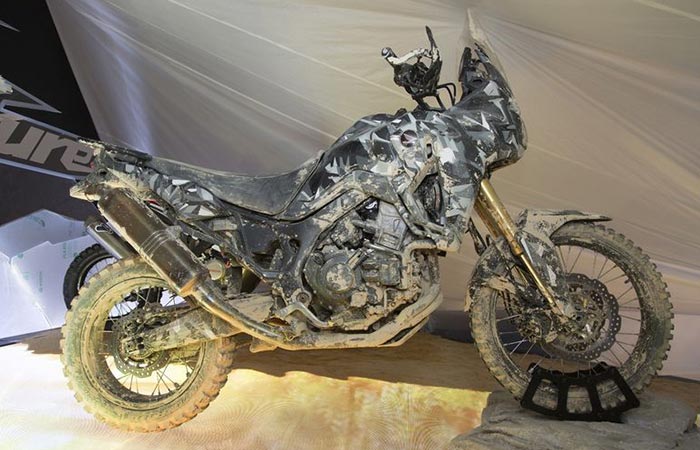 Honda has also disclosed their plans to implement their Dual Clutch Transmission (DCT) technology in this model, which is a unique feature for Honda motorcycles. The latest incarnation of the DCT has been designed and programmed specifically for the off-road capabilities of the Africa Twin. Another important piece of info is that the Honda CRF1000L will be available for purchase in dealerships in Europe in late 2015. [via] 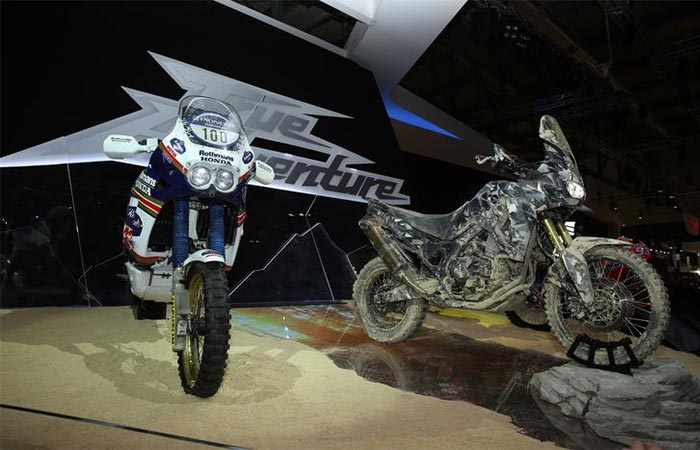 The True Adventure prototype next to the Honda NXR750V