Oh, boy, we had a lot of laughs and fun writing about the work of an ingenious Israeli artist / illustrator called Amit Shimoni and his collection of portraits called ‘Hipstory’! Put Winston Churchill in a Popeye-like outfit with a pork pie hat, Breton-striped T-shirt and a cigarette tucked behind his ear and what you get is a hilarious piece of artwork. A show-stopper for sure! 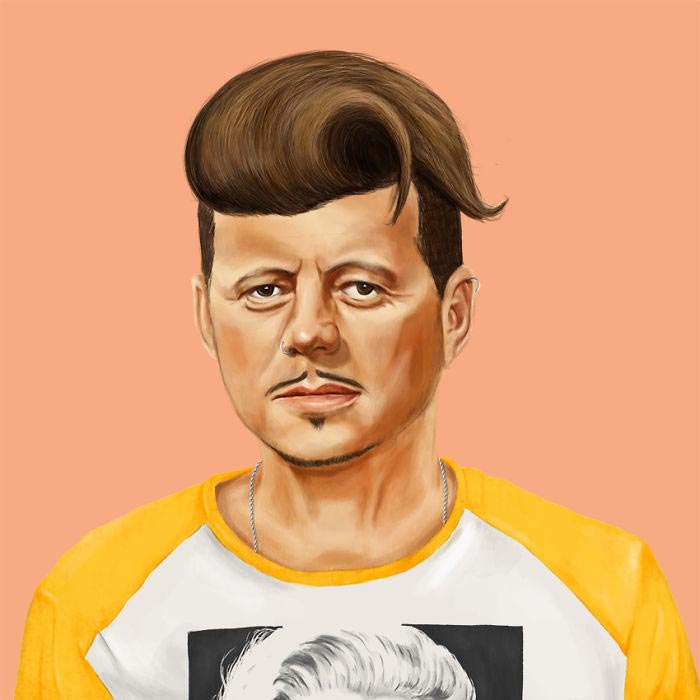 Shimoni likes to “engage with the gaps between reality and imagination” and “encourage us too reflect upon our leaders, our society and ourselves”. He also says that he “often found himself thinking about the world leaders (he made portraits of) and their beliefs, motivations”, juxtaposing them with the today’s ‘me’ generation and its knack for steering away from big ideologies. His portraits are a great example how compatible reality is with imagination providing that the artist possesses enough creativity and originality of thought. Amit certainly has the both, plus a very keen eye – the Hipstory collection is humorous, witty, archetypal and quite tongue-in-cheek. 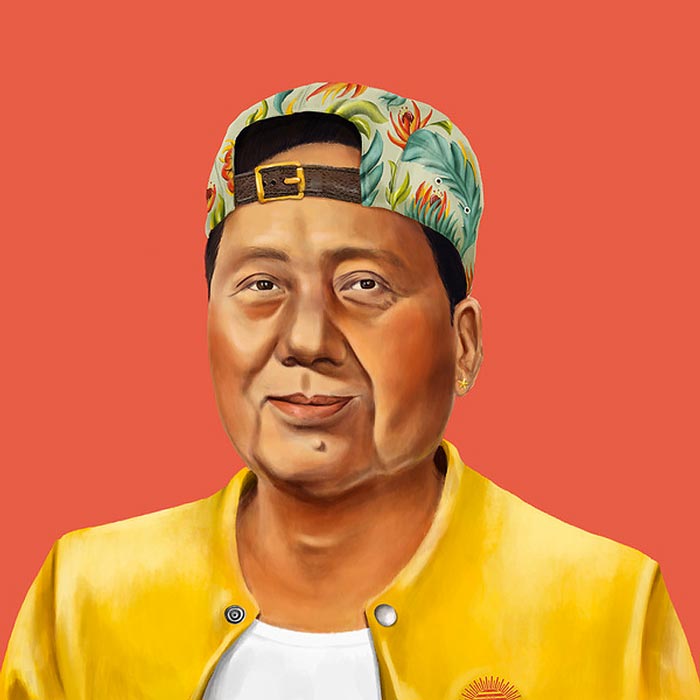 Just imagine Margaret Thatcher in a sheer top with a leopard print bra, John F. Kennedy with a bouffant hairdo and Clark Gable-like mustache wearing a T-shirt with an image of Marilyn Monroe on it or Mahatma Gandhi with the 1960s-style sunglasses and a tie-dye shirt and you’ll get the idea. Or Abraham Lincoln in wearing gold jewelry and a bright purple blazer. Or Vladimir Lenin donning ‘ear spacers’ and a studded vest. 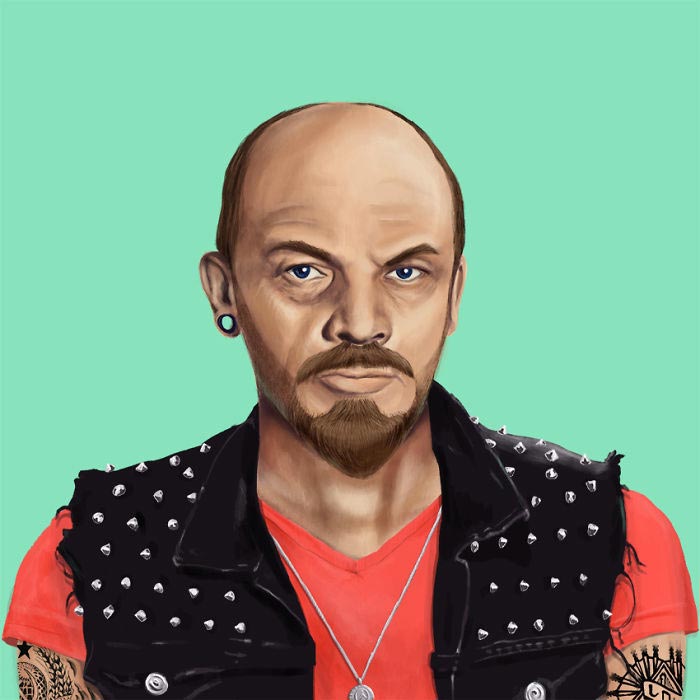 The whole idea behind ‘Hipstory’ was not to mock these iconic historical figures but rather to reflect on the way we view our political leaders, our society and ourselves today. [via] 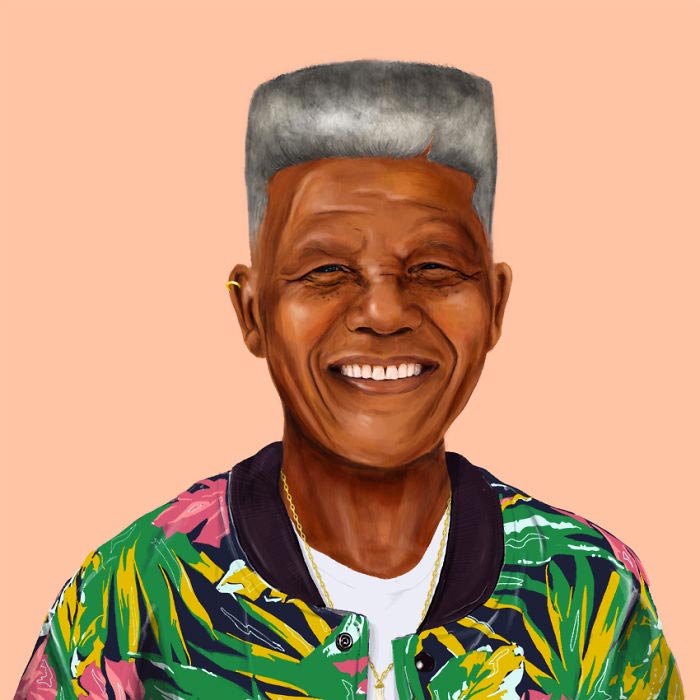