If you ever watched Back to the Future Part II, you probably remember the famous scene with Marty McFly zipping around wheel-free on his cool hoverboard. And though it took engineers almost 20 years to follow up on this futuristic concept, the first real hoverboard seems to have finally arrived: meet Hendo, a unique design by California-based startup Arx Pax that will revolutionize the way the world perceives daily transport and street-boarding fun.

Does this thing really hover above the ground as its precursor in Back to the Future? Well, for one thing, it most certainly does – and there’s a Youtube video to prove it. As shown in the short online footage, Hendo can float one inch off the ground with the help of some magnets and four disc-shaped hover engine housings found on the bottom of the board that operate by means of the proprietary Magnetic Field Architecture (yes, you’re right, it’s the same advanced electromagnetic field technology used in MagLev trains). When placed over non-ferrous metal, the disc-shaped engines and built-in magnets create a unique electromagnetic field that creates that critical push off the ground to lift you up from the surface – and voila, you’re levitating, as simple as that! In the current stage of project development, the Hendo hoverboard can take up as many as 300 pounds but unfortunately, since the electromagnetic energy this board runs on is created only when the board is placed above non-ferromagnetic conductors, your Hendo will hover above copper or aluminum bars and plates only, and for around 10 minutes tops – but hey, that’s still impressive, and it’s nevertheless an excellent start. 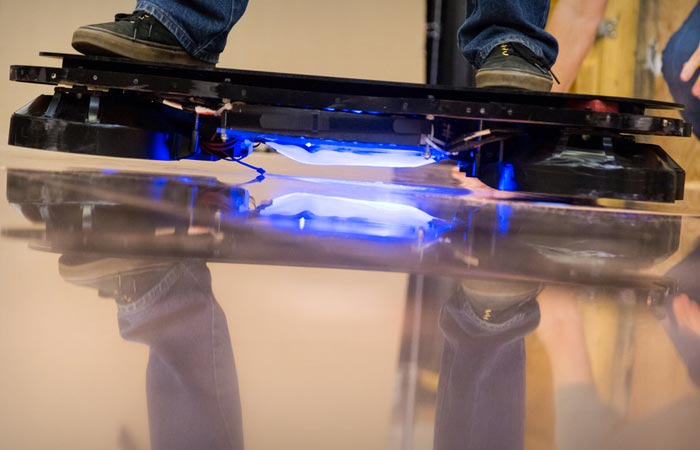 According to project plans, Hendo hoverboard will respond to the movements of the rider’s body much like a regular skateboard and the user will have to provide propulsion unless the designing team behind this futuristic board manages to come up with an alternative source of driving power. Thanks to its high-performance design, state-of-the-art technology and premium materials, Hendo hoverboard promises tons of smooth rides so it will probably go viral as soon as it hits the markets worldwide – but before that happens, there’s still some engineering work that needs to be completed in order to ensure maximum safety and tested-and-tried performance reliability. Nevertheless, what you can do to make the world’s first hoverboard become a reality before long is check out the Arx Pax Kickstarter campaign and put in a $299 pledge for the Whitebox Developer Kit (you can also back the Hendo hoverboard itself, but the ten available prototypes have already been sold out, even though they came with a quite prohibitive $10,000 price tag). Inside the Developer Kit, you get small versions of the four hover engines and a white box that can be steered via a companion application for a iOS or Android smartphone, topped by a hover surface outfitted with rechargeable LiPo batteries which deliver 12-15 minutes of hovering on a two-hour charge. The Whitebox Developer Kit orders should start shipping as of July 2015, while first Hendo boards are expected to appear some time in October next year.

Why settle for the wheels when you can actually levitate? With Hendo, hoverboard dreams may become a reality shortly so buckle up and keep an eye out for upcoming Arx Pax updates. Who knows, we may soon be floating – instead of walking – around the streets on sheer magnetism. watch video below 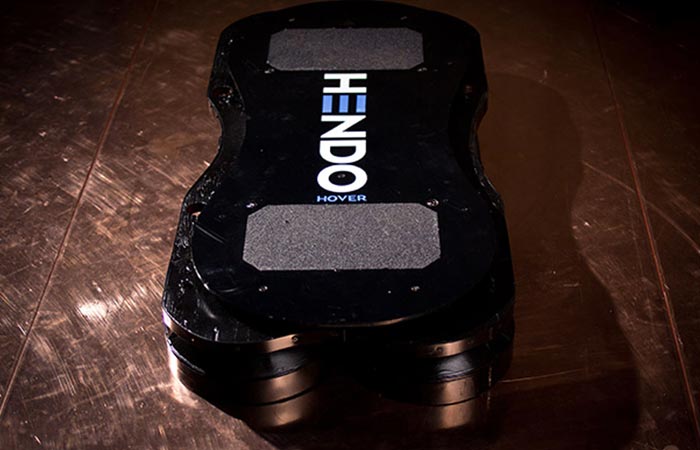 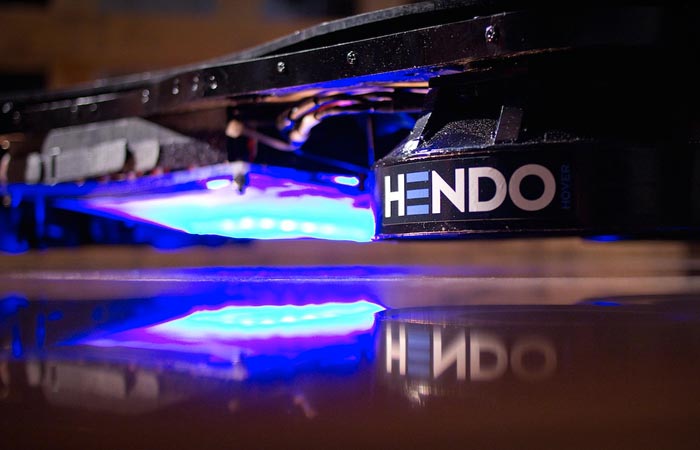