Safety and ability to defend your loved ones and yourself are the two things that are becoming more important each and every day. We recently talked about the SALT self-defense gun, and now we’re presenting you with yet another handgun specially designed to be easily concealed and to keep you safe at all times, the Heizer Defense DoubleTap Handgun.

Unlike the SALT gun, that is designed to be able to save lives without having to take a life, this Heizer defense gun is a very elegantly designed traditional handgun. If necessary, this small, .45 caliber handgun will easily become a lethal weapon in your hand. 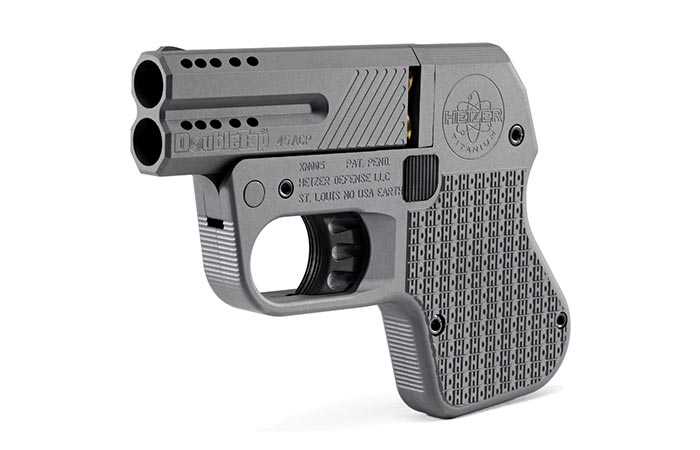 Originally, the Heizer defense handgun was made of aluminum, but you can also order one made from titanium. Either way, you’ll be the proud owner of the officially smallest and lightest .45 caliber gun in the world. It weighs only 14 ounces (397g) and it’s just 5/8 of an inch thick. This gun has a doubled, 3 inches long barrel and it has a capacity of just two bullets. That may seem like it’s not enough but, keep in mind that this gun is designed to be a life saver in close, hand to hand combat, where you’re not going to need a big amount of ammo, hopefully. 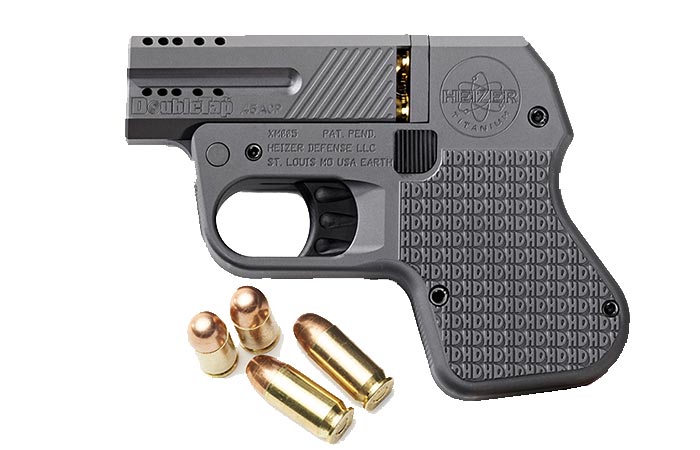 This gun has a grip that holds two spare rounds, just in case.

If you’re attacked and you’re wrestling with your attacker you’ll be able to pull out your hidden handgun and fire once and run away. This powerful weapon will provide you with the needed advantage against the enemy. If somehow the two bullets are not enough, there is a secret place in the grip that will provide you with some extra room for two spare rounds. Use it carefully and be prepared for a big kickback when you pull the trigger. If this .45 caliber has a little bit too much power for your taste, there is a 9mm option that you can try also. The thing that must be emphasized the most is that this Heizer handgun is designed with only one purpose – to save your life. 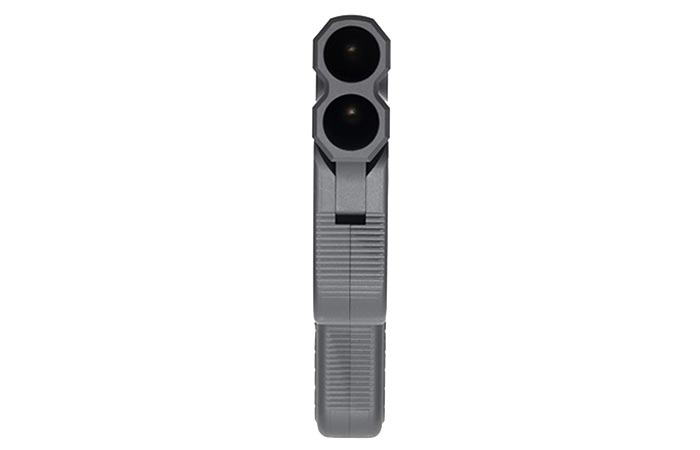 It’s important that you don’t get disappointed if this gun can’t hit a long distance target. It’s simply not designed for that. It’s built to be a life saver in close quarters and hand to hand combat. So, use it only in those types of situations, although we honestly hope that you won’t find yourself in a life-threatening situation at all. But, just in case, it’s better to have Heizer defense handgun hidden somewhere and ready to defend your life. [via] 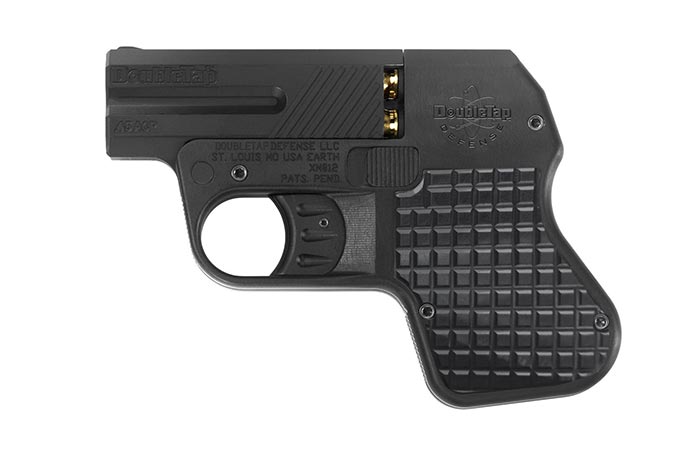 Besides the original gray one, there’s also a titanium black one and a 9 mm option if .45 caliber is too much power for you.