With a look akin to the manned robots in Avatar, we can’t deny that this machine is really cool. The Hankook Mirae Method-2 Robot Suit is a robotic suit that has been designed and built by Vitaly Bulgarov. We can also clearly see Bulgarov’s expertise in design, and his experience in the film and game industry in this machine.

Vitaly has worked on several concept designs for a variety of film and gaming companies. He also worked on Robocop, Diablo III, World of Warcraft, The Terminator and many others. 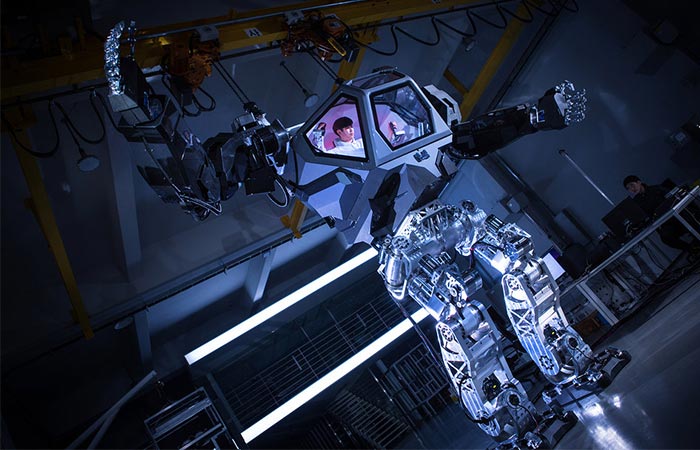 The Hankook Mirae Method-2 Robot Suit allows for complete control and movement. It can grab, pick up, walk, open and close its hands, and much more.

That being said, this massive manned robotic suit is being designed and constructed for Hankook Mirae Technology (Korea Future Technology). Essentially, this robot is a 13-foot tall, 1.5 ton manned machine. This will give us abilities far beyond our own human capabilities. Check out the awesome video below.

Besides being the world’s first giant mech, this robot was designed for industrial use. However, it can serve a variety of functions in the military, medical industries, vehicle construction, and whatever your imagination can conjure up for a massive mechanical manned robot. 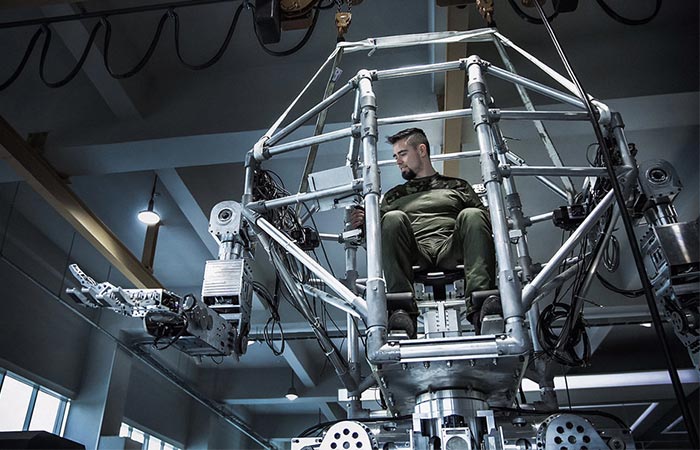 This robot was designed by Vitaly Bulgarov to not only look awesome, but to function seamlessly.

The Method-2 is controlled via intuitive controls inside the cabin. Essentially, the grips allow the robot to move its arms as you move yours. You also have complete control over the hands. In addition, this robot can also walk, but at the moment it’s still only taking “baby steps”, but it is a major technological achievement. This Mech will also move more freely when it is released later this year. This design is destined to change the world as we know it, and we are on the verge of the Mech generation.