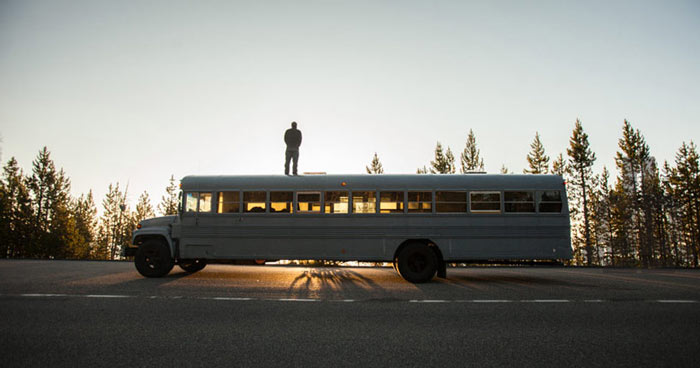 I suppose anybody, with just a little bit of adventurous spirit at least once in a lifetime thought about having a camper or an RV, but who could imagine that a real travelling bus house could actually exist? Well, Hank Butitta embodied that idea. He bought a bus for the price of $3000 USD and turned it into a movable home.

Hank Butitta is an architecture student, who got tired of his theoretical studies, so he decided to change something and carry his knowledge into effect. At the same time, he wanted the final project of his master’s degree to be something more than his everyday assignment.

Butitta found out that his grandfather had 80 acres of land in the Wisconsin dells, so he planned to build a cabin there, but the strict building codes prevented him from doing so. However, turning a bus into a house seemed like an excellent solution.

The transformation of the bus into a house lasted nearly 14 weeks and was done with the help of one of Hank’s friends, Justin Evidon, a freelance photographer, and Hank’s brother Vince. This unusual dwelling includes a kitchen, storage, bathroom, beds, tables, and the floor is made of timber panels, which they took from an old gymnasium.

Although the space measures only 225 square feet, the interior is designed in a way that can easily accommodate 6 people. The furniture in the living room adapts so that the area becomes a sleeping space when needed. Like any other bus, except from the fact that this one isn’t like any other, it has a sunroof, which provides one more seat and a great view.

Converting a bus into a house was not enough for Hank, so he and his helpers decided to begin a 5,000 mile journey across the American northwest in it, in order to test their invention. The adventure of theirs is documented here. [via] watch video below 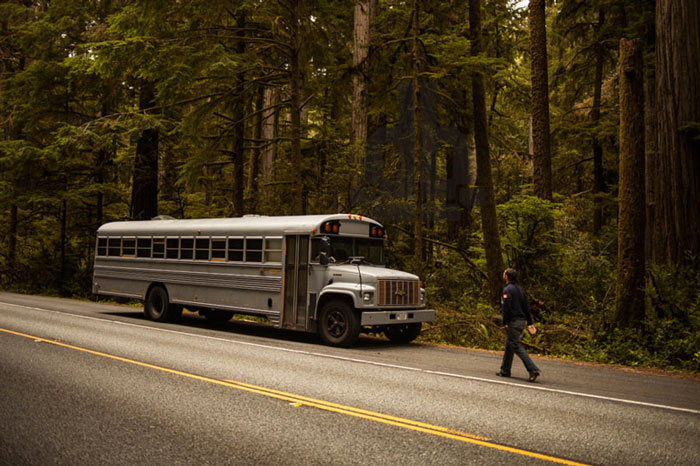 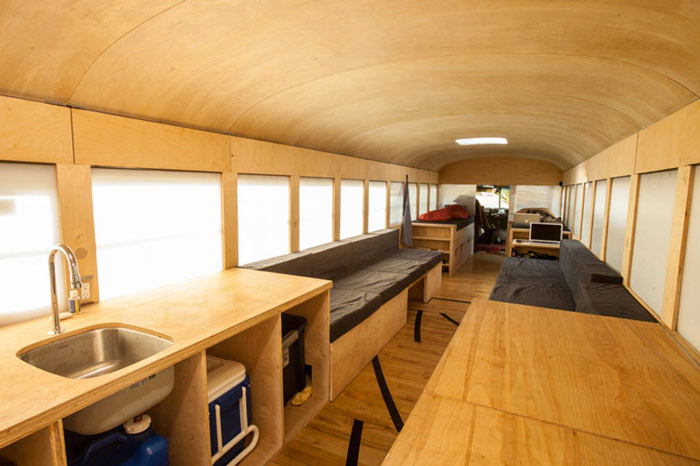 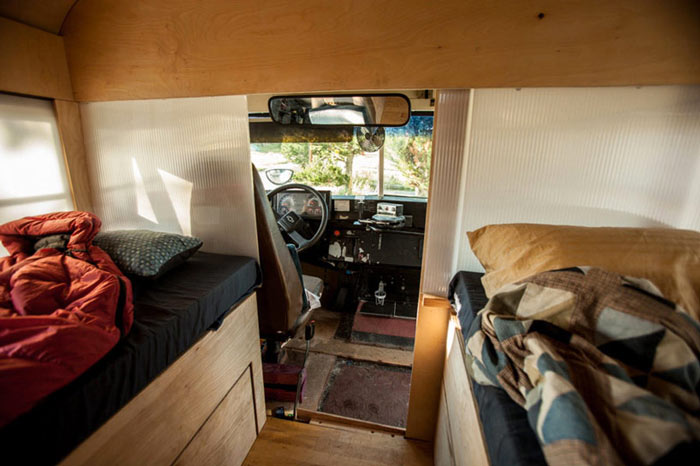 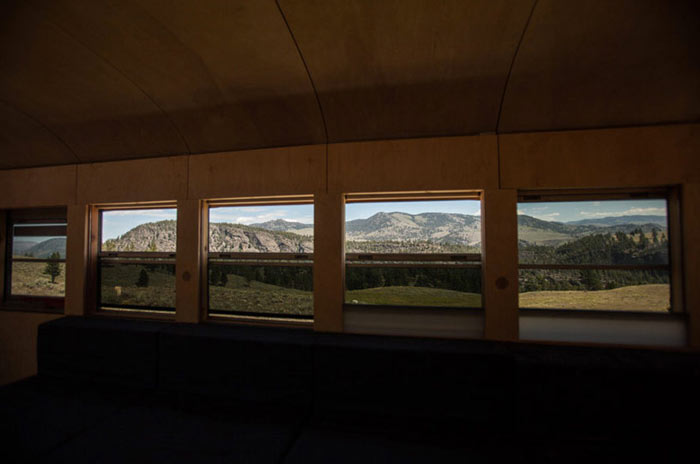 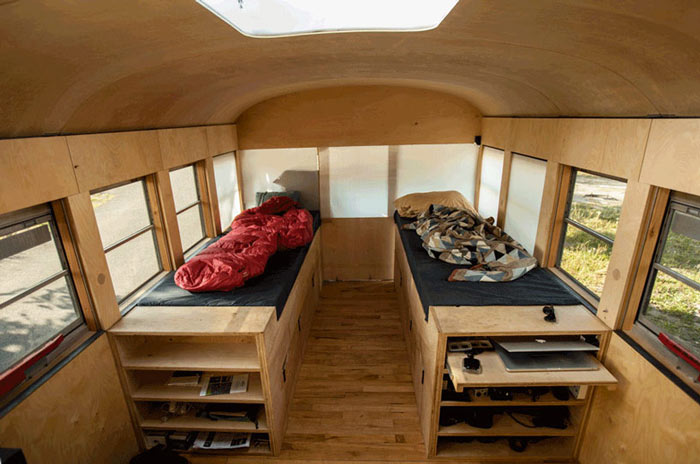 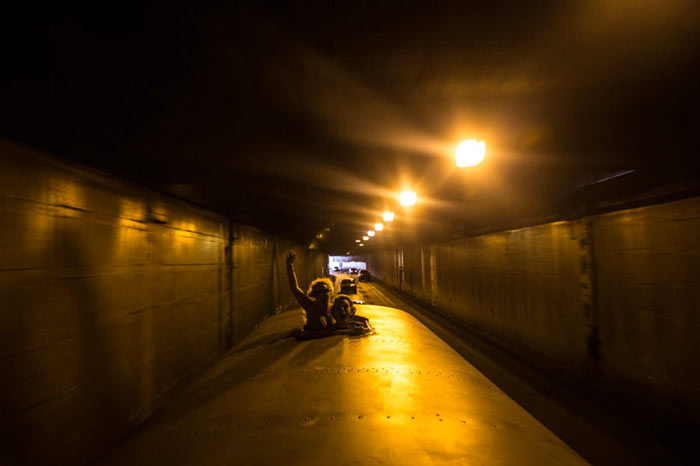 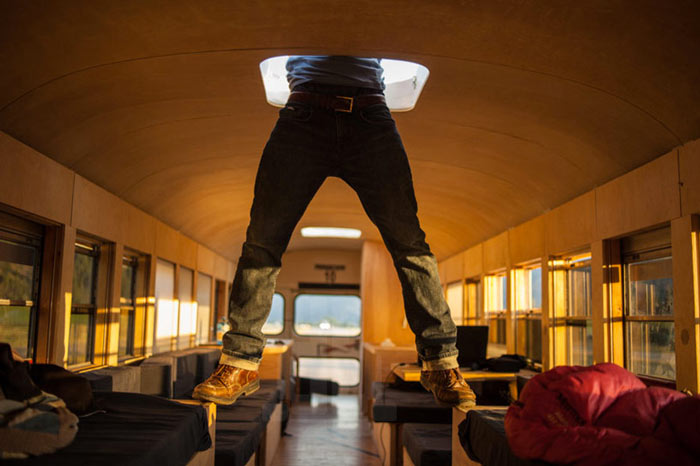 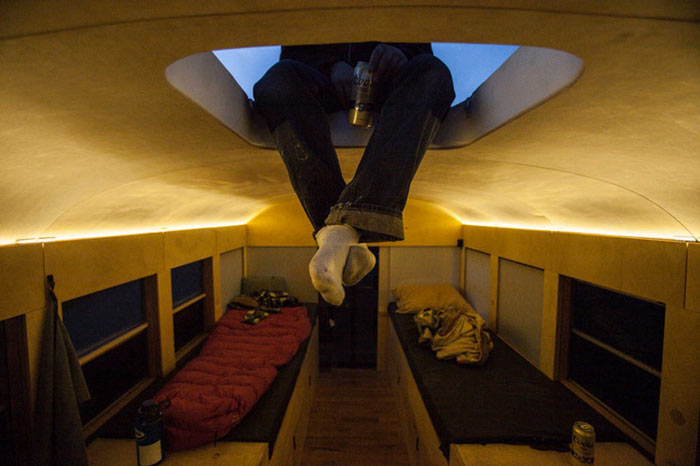 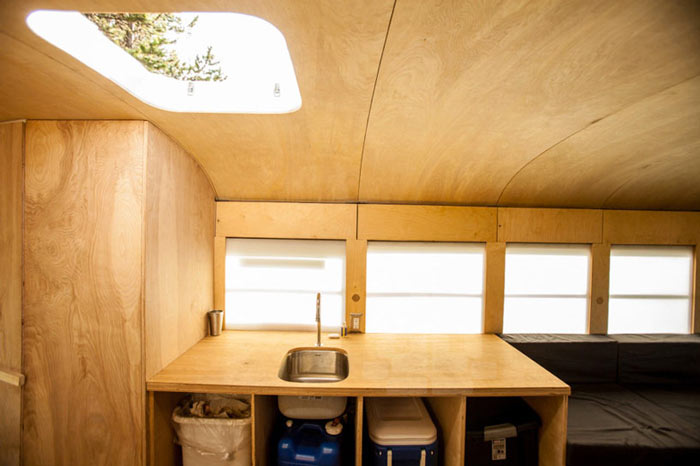