We just love when we get a chance to see a smart design. If you ever wanted to hang out in a hammock while being above the water, then you’ll for sure love Hammocraft. The name basically means Hammock+ Raft, which is also the smartest way to describe it. Just imagine the summer chill of opening a beer while resting on it.

Hammocraft has typical whitewater raft frames that can be mounted to hammocks. The frames are aluminum and very lightweight and they rest on inflatable paddleboards. You can attach up to five hammocks on it, perfect for a few friends to hang out together. Also, thanks to aluminum frames, Hammocraft can be carried without hassle. 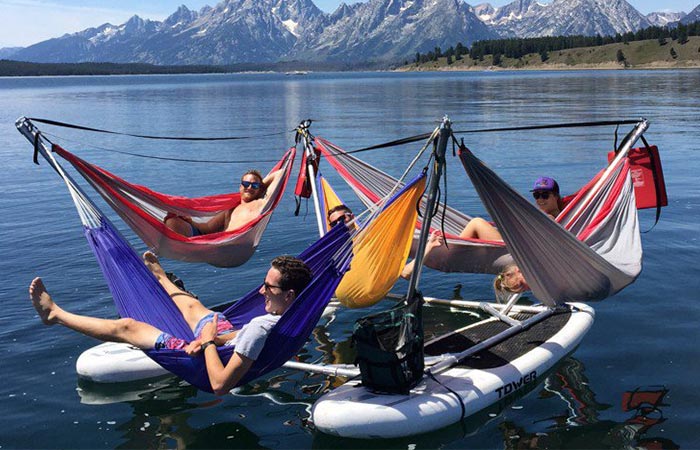 Hammocraft is what you get when you combine hammock and a raft.

The construction allows you to easily adjust the height and to assemble it or disconnect hammocks. The thing you should know is that Hammocraft produces just the frames, so you basically still need a hammock and paddleboards. Besides the paddleboards, Hammocraft can be also placed on rafts, duckies, and drift boats. 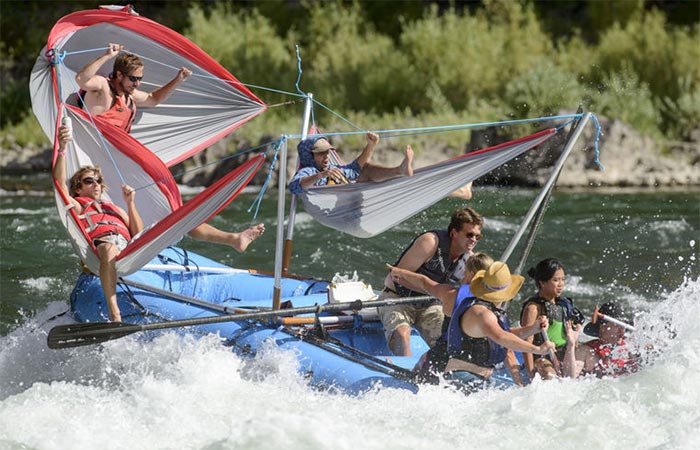 Hammocraft consists of frames that are placed on inflatable paddleboards, rafts, duckies, or drift boats and it can attach up to five hammocks.

The frames you get are ready to be assembled and the process is very simple. It’s best to use Hammocraft on lakes or slow rivers because, hey, it’s made for relaxing. Of course, you can take it to the extreme and try it on faster rivers. Another cool thing is that even though it’s made to be used on water, you can still use it for the land. So, once you get out of the water, just fix it on the beach and prolong the enjoyment the entire night. 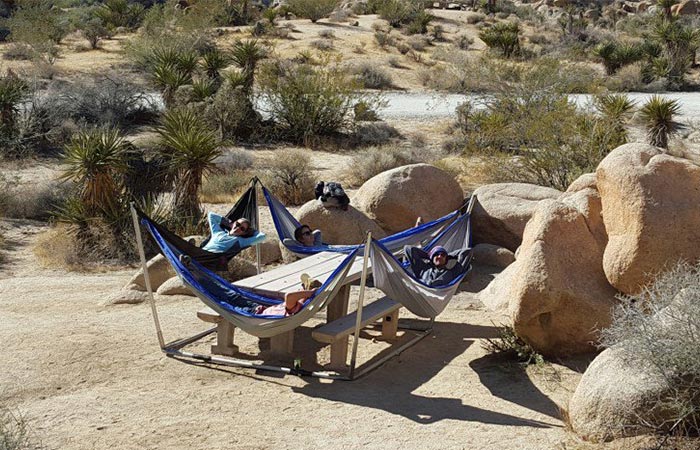 Get creative with it! Hammocraft is perfectly suitable for the ground as well.