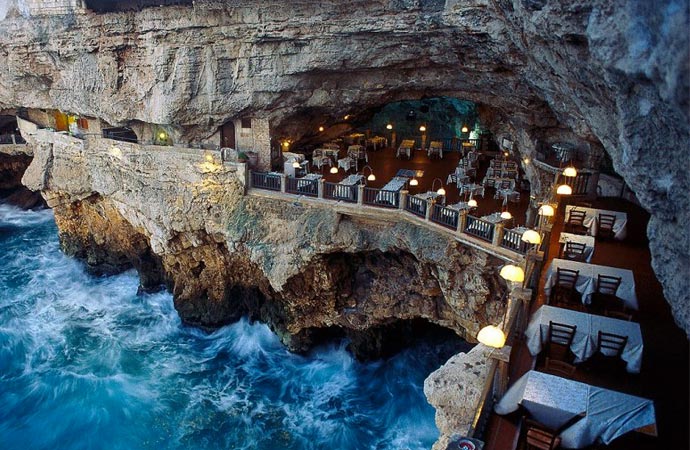 Imagine a restaurant without walls, perched atop a limestone cliff, with stunning views of the Adriatic Sea, 74 feet / 22 metres above sea level. Grotta Palazzese Restaurant in the ancient town of Polignano a Mare in Southern Italy (province of Bari) is exactly that. And more…

Grotta Palazzese Restaurant is located at Grotta Palazzese Hotel, in a natural cave (grotto means cave in Italian), it is opened between May and October and has been voted as one of the most charming restaurants in the world. The hotel itself has twenty rooms, all overlooking the azure Adriatic Sea, and decorated in organic materials to blend with the one-of-a-kind surroundings. The restaurant’s setting is romantic, with dimly-lit tables for two. Three centuries ago, in the 1700s, this was the place where Italian aristocracy dined and held lavish banquets.

The views from the restaurant are nothing short of dramatic, as you enjoy delicious food along the cave’s edge and listen to the sounds of waves crushing against the rocks. Grotta Palazzese Restaurant also boasts an exclusive American-style bar called Sea Cave, a chic place for wine tastings and cocktail parties.

As for the food, remember that you are in Italy and that food here is considered almost sacrilegious. The menu at Grotta Palazzese Restaurant is elegant and refined. If you ever dine at this restaurant, make sure that you try Thai squid, the bouillabaisse, and sea bass ravioli along with a glass of fine Italian wine. 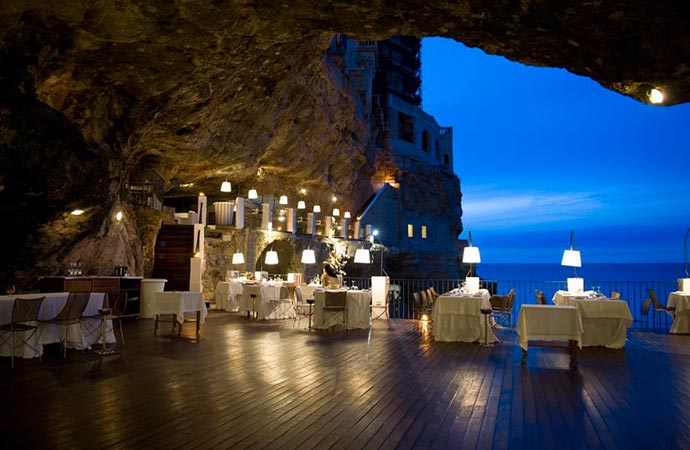 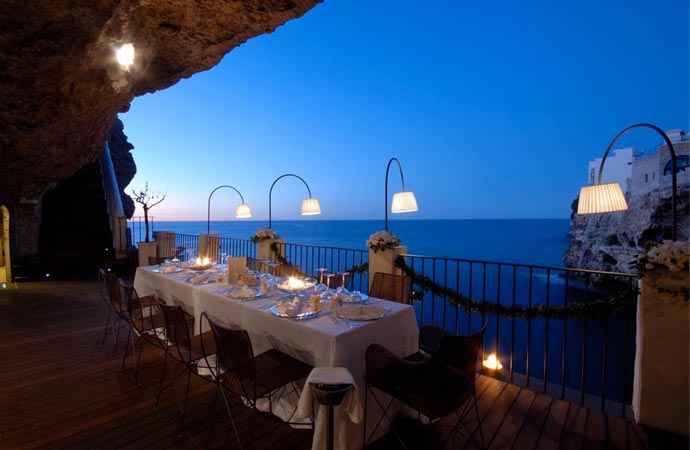 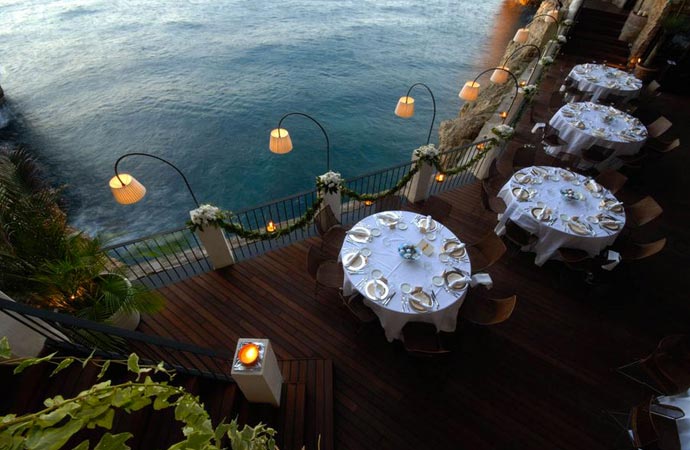