If there ever was a way to ditch the traditional portable grills and cookers just because it’s a pain to haul around either a propane tank or whatever fuel is required for you to cook, would you do it? Regardless of your answer and opinion on the matter, you should know that there is an option which provides exactly this. A way to prepare food with solar power in the form of the GoSun Sport Solar Stove. However, this method of cooking is not that new, actually, because GoSun launched a Kickstarter campaign for their initial model, which received widespread acclaim. The GoSun Sport is the perfect choice for a sustainable way of cooking. 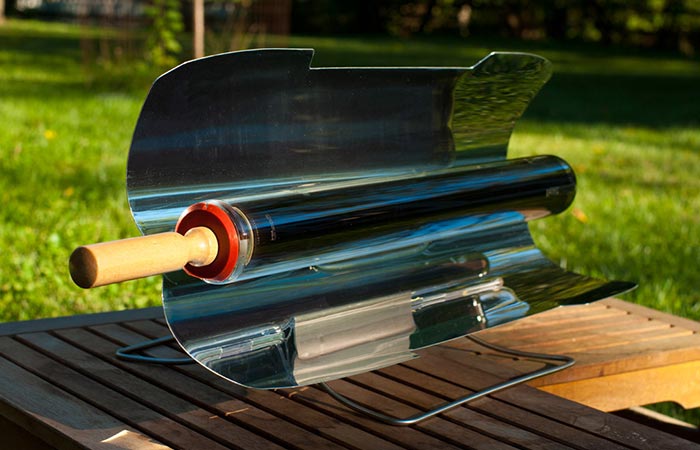 The parabolic reflector onvert 80% of sunlight into heat

GoSun’s cooking technology is, in theory, very simple and, in practice, simply effective. It uses an evacuated tube made from borosilicate glass which serves as a perfect insulator for the heat delivered to it by two compound parabolic reflectors. These reflectors are capable of capturing light from a broad range of angles and because of this you are not required to turn it towards the sun every so often in order for it to work its magic. Place it once and start cooking your favorite meal. 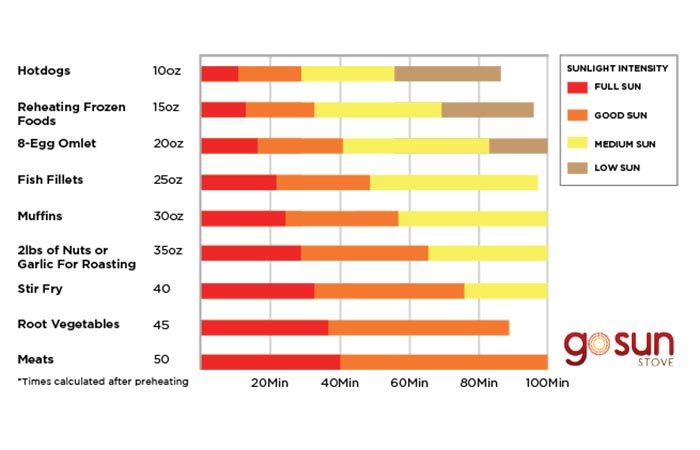 As for the process of cooking, it is very simple, just put the food you want to cook on the stainless steel cooking tray and you can have a hearty meal ready in just 20 minutes. It is possible to cook your food in an even shorter amount of time, but that depends on the food that you’re cooking. It’s capable of cooking that fast because 80% of sunlight which enters the reflectors is converted into heat. The working temperature of the GoSun Sport is 200-500°F but it can go as high as 700°F. 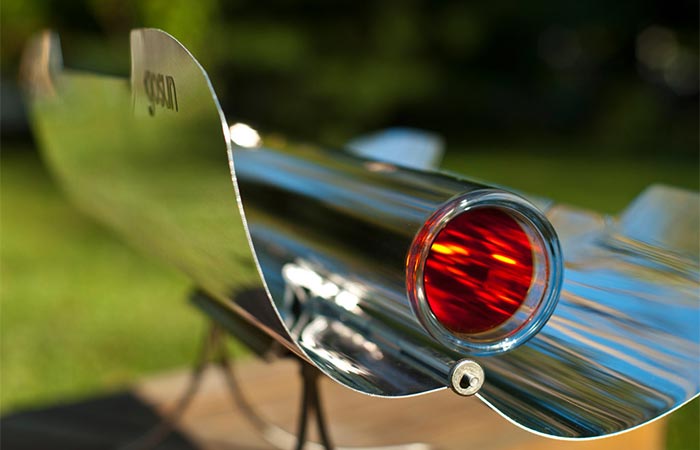 Weighing only 7 pounds, the GoSun is the perfect option for outdoor enthusiasts especially because it does not require additional fuel. If you are worried about breaking the glass insulator tube, relax, the parabolic reflectors fold down over it in order to protect it from damage. Steam, bake, fry, roast and boil whatever you want, wherever you want it. 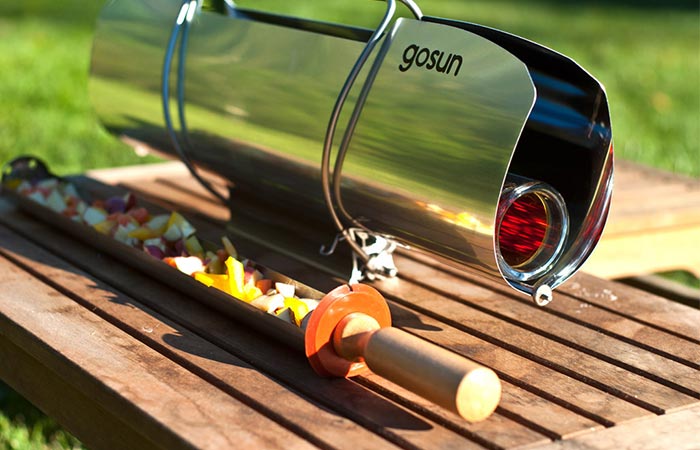 Because the reflectors can fold down over the glass tube, you can take GoSun Sport on trips with you