GoPro cameras have been the go-to choice for action cameras for quite some time now, despite the fact that they didn’t release an all-new model since 2006. But all of this has changed because GoPro has announced exactly that, an all-new smaller and very powerful action camera called GoPro Hero4 Session. This cube shaped action camera was designed with a new level of simplicity and usability in mind, which is why it’s half the size of existing Hero4 line of cameras and about 40 percent smaller than them too. It has only one button used to start or stop recording immediately after pressing it. Despite its small size, you will still be able to use all existing GoPro mounts with it. 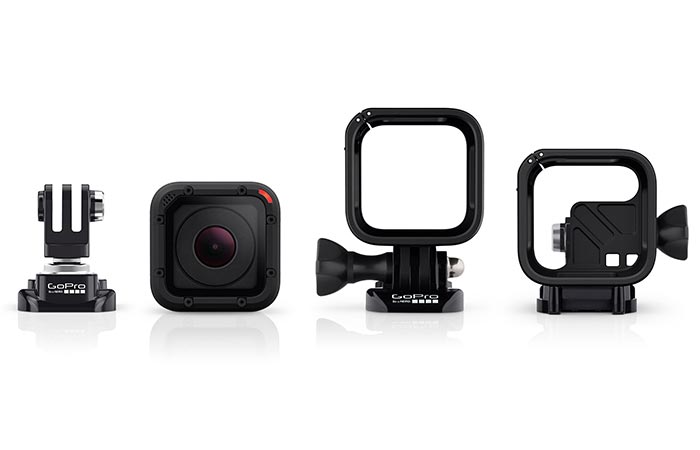 Its small size was achieved with a few sacrifices. The Hero 4 Session does not have an LCD display which will make it rely more on the GoPro app or Wi-fi smart remote but that’s something we can live with. The small size makes it lack the 4k video recording capabilities which isn’t all that great. It is, however, capable of shooting 1440p videos at 30 frames per second, 1080p at 60 fps and 720p at 100 fps. 8 megapixel photos can be taken with it, and you can use its burst-mode, which works at 10 frames per second, to make photo taking more fun. 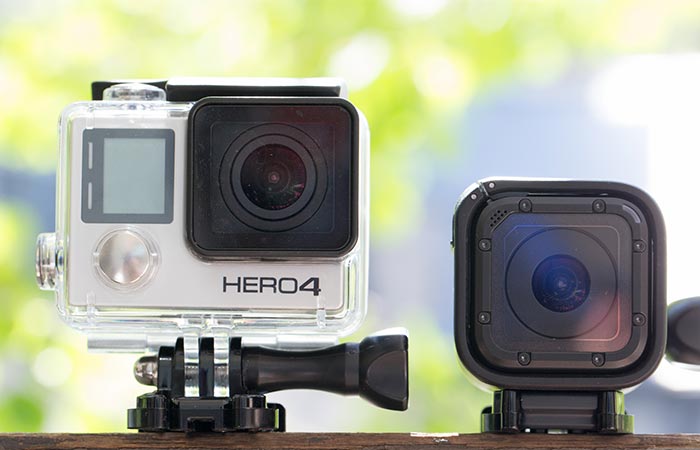 Her04 Session has a great feature which makes the sound of your video much better. This was achieved by adding two microphones to the camera, and when it detects strong wind, which can decrease the sound quality, the camera switches to the mic which is less exposed to these troublesome factors. Rock-climbers and base-jumpers will appreciate this more than other users because high altitudes usually mean stronger winds. The Hero4 Session is also waterproof up to 33 feet without the use of an additional housing. 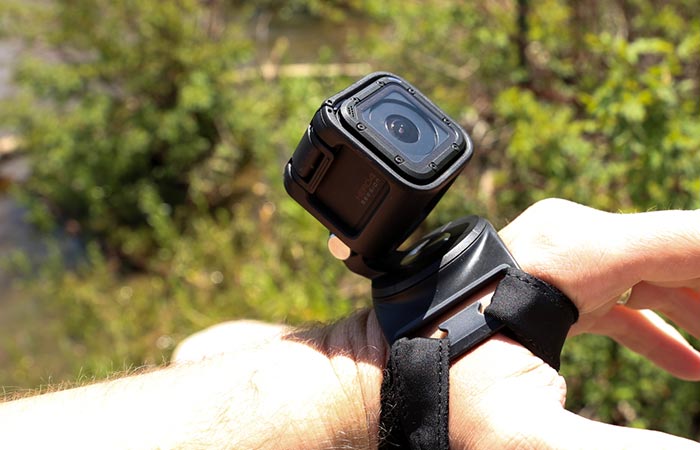 The Hero4 Session is compatible with all existing GoPro mounts

The battery of this camera was also largely improved, where the Hero4 Black had a run time of 90 minutes while recording 1080p videos at 30 fps, the Hero4 Session can last up to two hours at that frame rate. The price tag of almost $400 might deter some from purchasing it, but all things considering, the price is more than reasonable. For those of you who think it too steep, then a decent entry level GoPro is something you should go with.

Check out the promo video for the GoPro Hero4 Session.