GoPro is beyond doubt the highest-rated best-selling manufacturer of premium action cameras and related equipment. The only problem for photography enthusiasts is the rather prohibitive price tag of their gear – or, better said, it was, until now: with the new entry-level camera HERO fresh on the global market, price is no longer an issue. Rife with superior features and extremely simple to use while still ultra-affordable, HERO entry-level camera is the best bargain you can hope to find on the worldwide band wagon of photography gear.

Featuring high-quality 1080p30 and 720p60 video capture capacities, HERO can film premium quality footage commonly associated with the brand’s other camera. Thanks to its user-friendly modes such as SuperView™, QuikCapture, Burst Photo and Auto Low Light, HERO can even capture your videos and images with unmatched pro-quality – and all that by a simple click on the fly. GoPro’s signature SuperView™ mode allows you to shoot the scene of your preference from the incredible wide-angle perspective, thus creating a more engaging and detailed footage. On the other hand, the QuikCapture mode lets you use your HERO like a regular one-button camera – simply press to start recording videos, or press and hold the button for two seconds to capture time lapse shots.

Burst Photo option lets you shoot fast-paced action sequences at up to 5 frames per second, which is useful for those times when you want to just point and shoot and pick the best shot later. With the Auto Low Light mode, your photo- and video-filming sessions are made super-smart and ultra-simple, as this option automatically adjusts the frame rate based on light conditions to guarantee optimum quality in low-light footage. This also means you can easily move from bright light to dark scenes without having to fumble around with complicated camera settings. 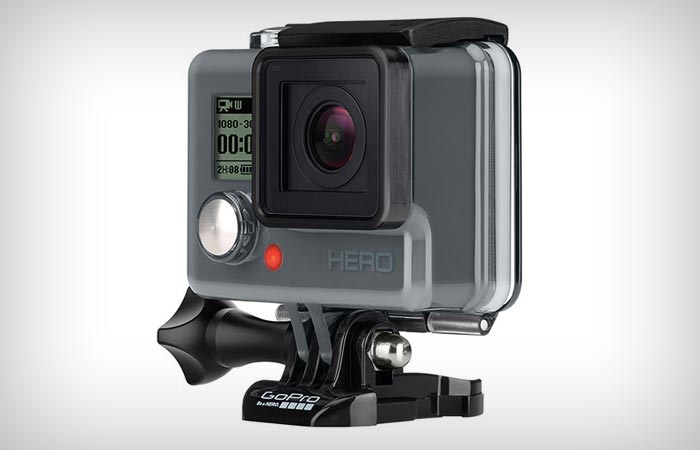 On top of these smart video features, HERO can shoot 5-megapixel stills which can easily be uploaded to social networks like Facebook, Instagram and other social media. There’s also the Timelapse mode which lets you capture photos at half a second rate, which can come in handy when shooting with most GoPro gear-mounts. You can also download the GoPro Studio software for free if you want to take your video sessions to a whole new level: with the GoPro Studio program, you can easily import your videos and create even more engaging footage and share it with the rest of the world.

Specs-wise, entry-level HERO packs an ultra wide-angle glass lens for ultimate close-range selfies and incredibly detailed gear-mounted photos, and there’s also the built-in microphone with the included Skeleton Backdoor which lets you film your adventures with enhanced audio quality at all times, even during the slowest of low-speed activities in dirt-free environments. Packed inside a durable rugged housing waterproof up to 131 feet (40m), HERO can stand tough exposure to sand, water, dirt and almost any other challenge thrown its way. This means that you can also use the new HERO to film your aquatic sport stunts, cartwheel flipping on the beach and some mean snowboarding tricks. Weighing as few as 3.9 ounces, GoPro Hero is extremely portable and compact so you can comfortably wear it on a loop around your neck or in your pocket for quick on-the-go filming with ultimate ease, and it can also be mounted to almost any GoPro gear-mount for a diversified perspective and more immersive video.

You no longer have to settle with low-quality camera gear even if you’re low on budget – give it your best and go GoPro. Because quality should always come first, and with HERO, it is available with at a rather affordable price. 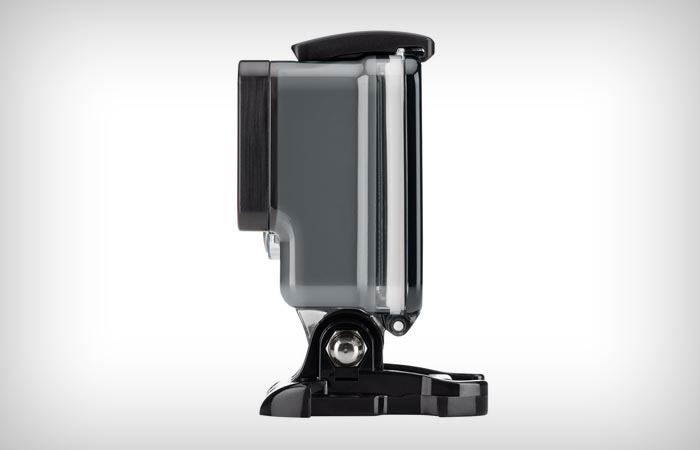