All GoPro fans out there have much to be happy about as the new GoPro HERO+ LCD has been released. The GoPro HERO+ LCD is based on the Hero model, is the new entry level camera and it offers so much that the “entry level” label is pretty much unnecessary. The most obvious, and best, addition is the LCD touchscreen which will provide you with a friendly user interface and on-the-fly change of settings among many other things. The touchscreen can easily be used for shot framing in order to get a perfect recording. As the HERO+ LCD is capable of shooting videos in 1080 and 720P and in 60 and 30 fps, you can change these settings in a heartbeat thanks to this addition. 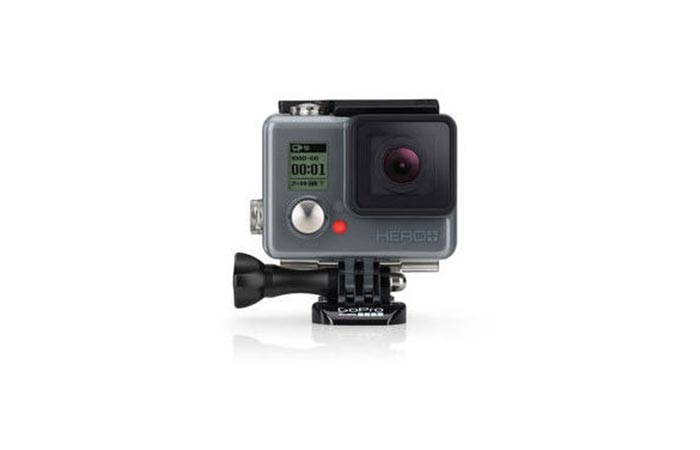 Even though this is a new entry level camera, the 1080P videos shot in 60 fps are more than enough for most consumers

As the HERO+ LCD is an action camera, it is to be expected that it’s pretty sturdy and well-built.  Waterproof for up to 130 feet below the water surface, this camera can withstand a lot of punishment, even being able to resist damage from sand, dirt and snow. All the better, because the best shots can be made only in places and under conditions in which regular cameras are useless. 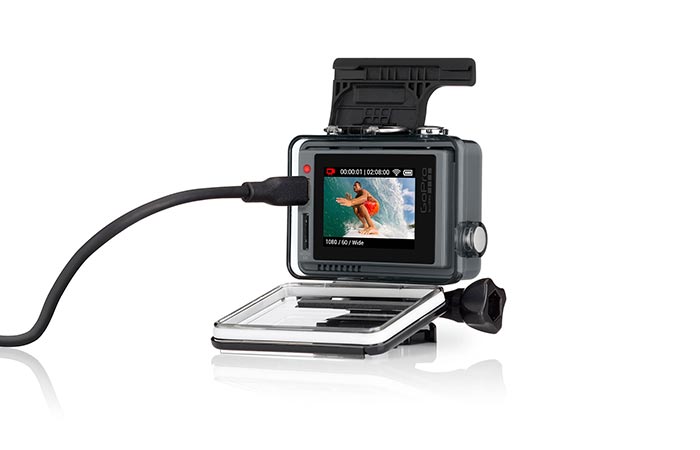 The GoPro HERO+ LCD is very sturdy as it can withstand water, sand and dirt without any damage

The HERO+ LCD can also shoot photos in 8MP and can do so in several modes, including burst mode, time lapse and individual photo stills. The QuikCapture feature from the HERO model is here which is always a good thing, because it allows you to power up the camera and start recording very quickly. Another button was added on the right lower side and this one allows you to create highlights while recording or after, while you are reviewing the video on the screen. 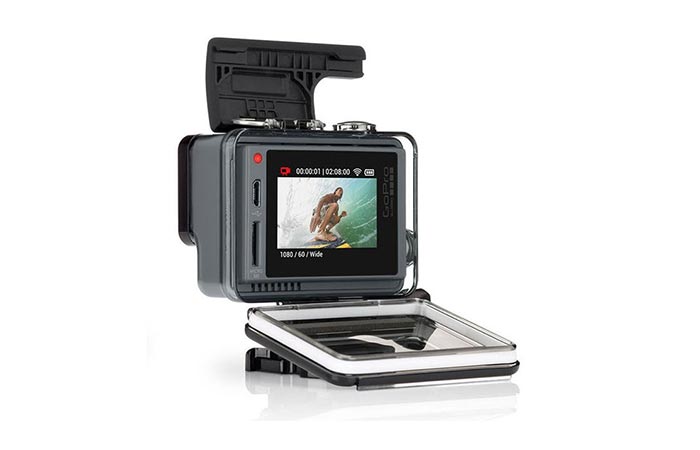 WiFi and Bluetooth connectivity will let you connect the camera to your smart device so you can share your favorite shots or transfer them for editing. However, creating video clips and highlight stills is now an action which you can perform directly on the camera, once again thanks to the touch screen addition. For an entry level camera the GoPro HERO+ LCD will let you make amazing videos and photos and all of that can be done from various angles and during awe-inspiring situations since it is compatible with almost all GoPro mounts.

Check out a video about the GoPro Hero+ LCD.