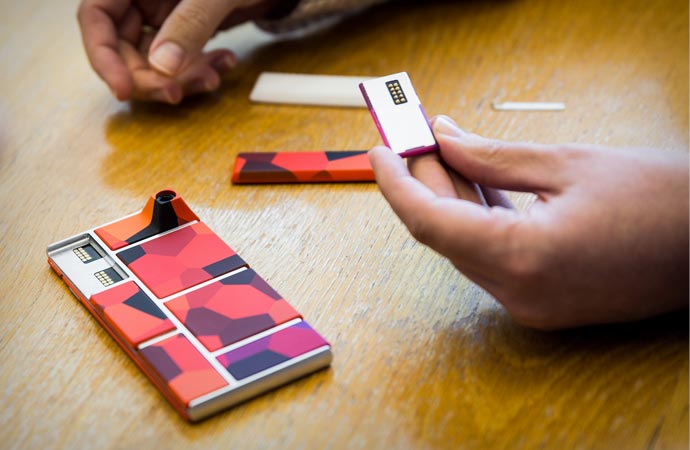 Wouldn’t it be neat to have a single modular smartphone that would be super-easy to upgrade and customize at all times instead of having to buy a whole new one every now and again? Well, that may be just what the Google team had in mind when they set out on Project Ara. The Google’s recently announced their take on the concept of modular smartphone innovations, Project Ara aims to produce a highly customizable phone where all main components would be user-interchangeable as the device would feature a number of tile-shaped rear modules attached to the endoskeleton by means of electro-permanent magnets.

The latest brainchild of Google’s Advanced Technology and Projects group (ATAP), the ambitious futuristic hardware project aims to revolutionize the smartphone industry currently dominated by Apple and Samsung, as well as cut down on electronic waste, allow users greater control over their gadgets and do away with short obsolescence cycles. The new smartphone will be available in three main sizes, and the first to be released will be the smallest basic model code-named Grey Phone. The bare-bones model in drab grey color is due in January 2015 at the price of as few as $50 and it will consist of just a frame, screen, Wi-Fi connection and processor, inviting users to customize it with different plug-in modules, colors and accessories, while bigger and higher-end handsets would appear later at the price that may add up to $500 and more.

According to Google’s Project Ara head Paul Eremenko, the core of the Grey phone will be built to last around five to six years and it will enable users to constantly upgrade their phones by simply purchasing individual low-cost components. Need a better camera, hi-res screen, longer-lasting battery, higher-end speakers, a fingerprint sensor, more flash storage, improved Bluetooth or new 4G radio? It’ll be a piece of cake – just grab the new module and add it to your phone’s endoskeleton, i.e. the chassis which holds all the modular components together via electro-permanent magnets and also uses the UniPro standard for inter-modular communication. 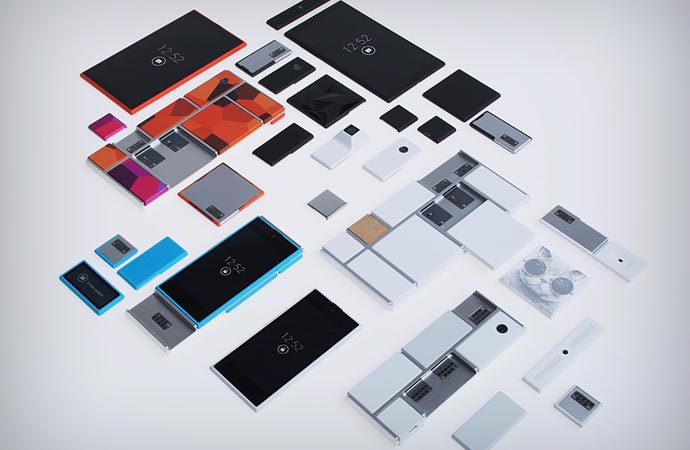 The Ara phone will support a future version of the Android mobile operating system and the modules will be available in covers produced on demand using a new generation of 3D printers by 3D Systems, thus allowing customers to pick custom designs and snap new covers onto their old modules for increased safety and more attractive phone design. In other words, thanks to the wide range of available modules and covers, the Ara phone will be infinitely customizable and a whole lot better-suited to the user’s individual needs, while still managing to preserve the sleek thin pack which is supposed to be as sturdy as the build of the regular smartphone as the manufacturer claims it won’t easily fall apart in case of accidental drops.

Another interesting fact about Project Ara is that it is essentially open-source as only the core would be manufactured by Google while all other hardware, including batteries, wireless sub-systems, cameras and sensors, will be produced by third-party companies and sold much like applications are now, through a custom Google online store or individual pop-up stores, which will additionally boost phone customizability and personalization possibilities. There are already some rumors about specialized new features being incorporated into Ara phone modules such as a fingerprint scanner, blood sugar sensor for diabetics, a thermal imaging camera, a microcontroller or FPGA which lets you directly control homebrew electronics – in an open-end project, the possibilities seem limitless.

So, sit tight and watch out for Project Ara – it may well launch the next mobile tech revolution and expand the horizons of the fast-developing smartphone innovation market. [via] 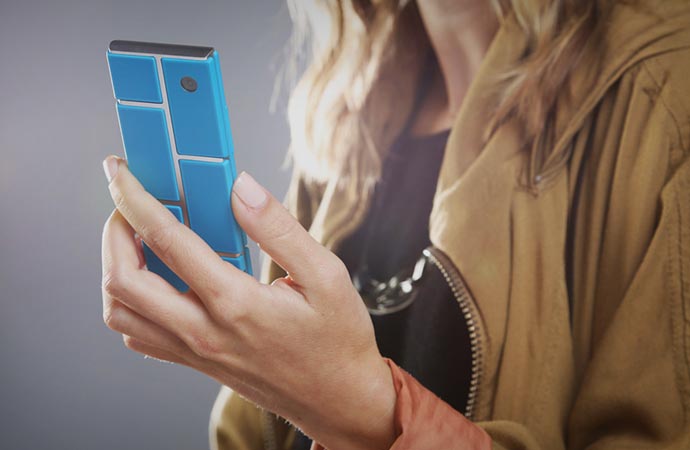