If you need a cool-looking speaker that combines clear audio playback, surprising input versatility and maximum portability for full-range music on the go, we have just the right boombox for you – SonaVERSE BXL is here to brighten up your day with crisp-clear playback and GoGroove signature design, and it boasts a rechargeable 3.7V battery to round off the best music box you can find with such an affordable price tag ($34.99).

Packed inside a trendy black-and-gold cube with a leatherized texture shell and a set of LED backlit glow lights, all fixed to a convenient carry handle, the portable SonaVERSE BX speaker sports dual stereo front-firing 50 millimeter drivers (3W each, with 6W RMS and 12W peak) for impressive, room-filling audio. It can play back music from virtually any paired gadget, be it smartphone, regular cell phone, laptop or tablet, MP3 or MP4 player, desktop PC, DVD player, handheld gaming consoles and other audio device connectible via the universal 3.5 millimeter auxiliary jack. 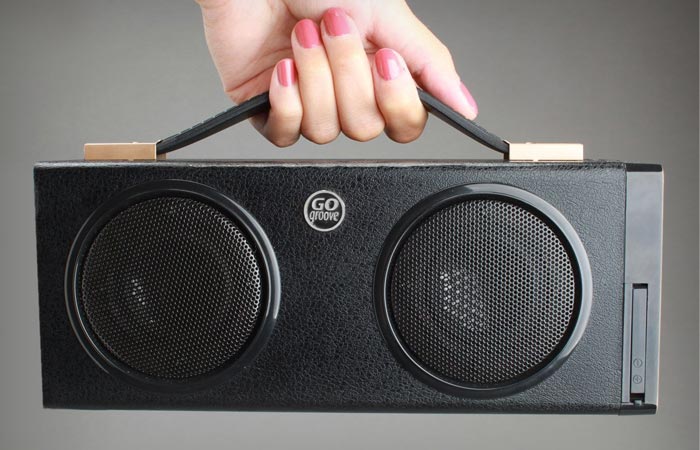 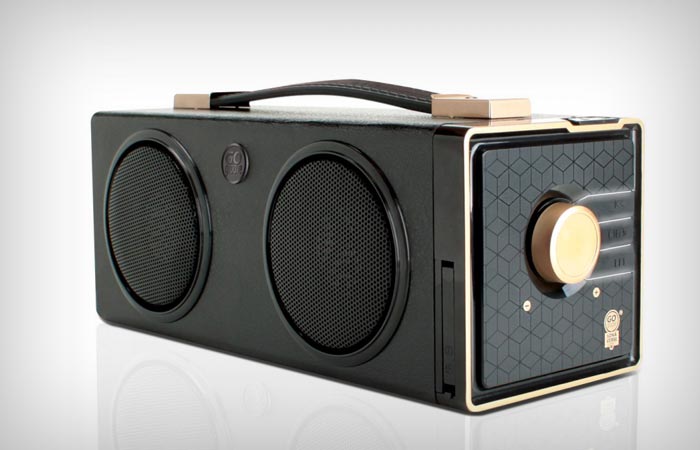 Thanks to its built-in media ports, SonaVERSE BX can also function as a basic MP3 player and play music files stored on a USB flash drive or SD/SDHC memory card (up to 16GB). Using the boombox in this mode, you can control the playback settings and play/pause or change tracks, or even choose the ‘Random’ mode for some handy party playlist shuffle.

Ideal for blasting your music loud and clear on the go, SonaVERSE BX can deliver up to seven hours of playback thanks to its removable 800mAh Li-ion battery which can be easily recharged via the included USB cable or AC charger. Sizing 10 x 4.25 x 4 inches and weighing slightly over 2 pounds, SonaVERSE speaker comes with 3 years of manufacturer’s quality guarantee so you need not worry about repairs and component replacements.

Versatile, compact and durable, SonaVERSE BX is an excellent boombox at a relatively low price so make sure you check it out. 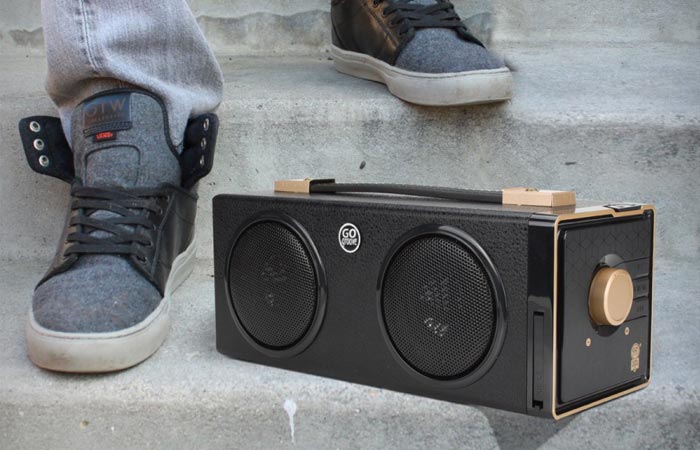