If you consider packing for a weekend camping trip, or a longer journey, a never-ending struggle which involves a ton of sacrifices, it doesn’t have to be that way anymore. Instead of using large camping bags, you can now turn to the Gobi Gear Hoboroll V2.0, a first of its kind stuff sack. The reason because it’s the first of its kind is simple, it allows you to compress all the stuff you want to take with its 2 durable anodized aluminum sliders. All the stuff you previously had to try and fit into a camping bag can now fit into this small stuff sack without an issue. 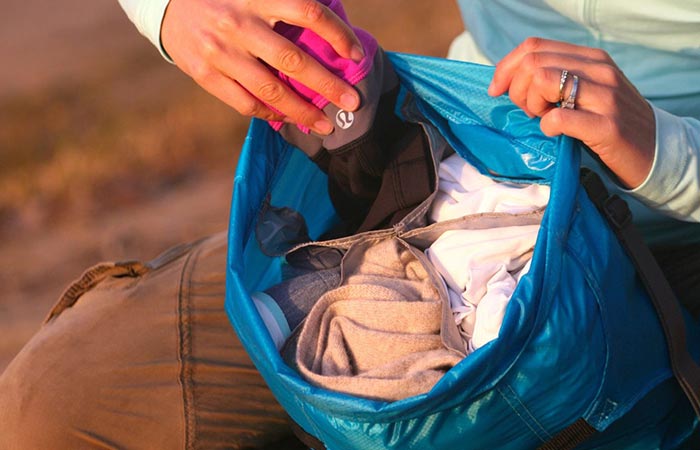 The Gobi Gear Hoboroll V2.0 compresses all the stuff you store inside, making it small without sacrificing storage space

The Hoboroll 2.0 was designed with 5 interior compartments which allow you to easily organize all of your gear and access it easily by simply unstrapping the drawstrings found on both of its ends. The idea behind its design is very simple as you can see. One thing that isn’t as plain as its functionality is the amazing durability this stuff sack possesses. Made from 30D diamond ripstop siliconized nylon there will be no visible damage done to it by outside factors. 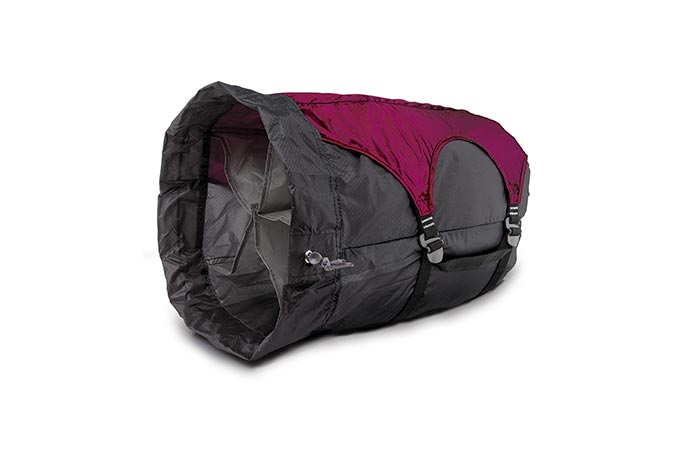 With that being said, there is no chance that the Hoboroll will burst from the inside because of all the things it can store thanks to the reinforcements made to its stress points. The Hoboroll also has a secret inner zippered pocket which doubles as a storage pouch when you’re not on the road. This stuff sack comes in three colors: midnight lava, mineral blue and pinyon pine and only one size. 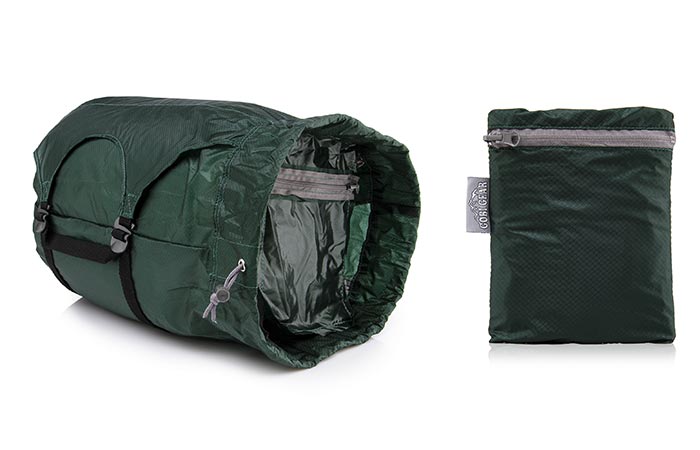 Hoboroll V2.0 has a secret zippered pocket which doubles as a storage pouch

With a 20 liter capacity and 10 inch diameter and 15 inch length, when fully loaded, you can travel around with a calm state of mind, knowing that you have everything you need on you, stuffed in the smallest stuff sack yet.

Check out how to properly pack your stuff into the Hoboroll V2.0.