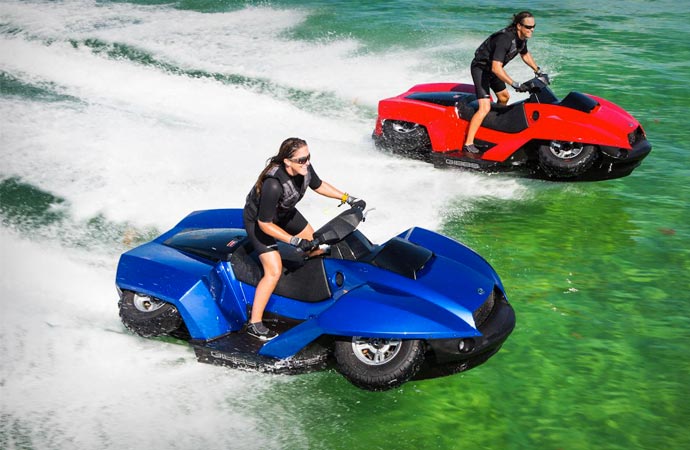 GIBBS Quadski raised a lot of attention when its first concept appeared back in 2006, but experience taught us that loads of concepts, especially this distinctive, never reach commercial production. However, the Quadski became commercially available six years later and time has shown that it is a great product.

Basically, on land the GIBBS Quadski is a simple 4WD ATV. However, if you want to get a bit wet, the Quadski turns into amphibious in mere five seconds, retracting its wheels and allowing you to use it as a jet-ski.

It is powered by a 1,3l 4-cylinder BMW engine that sports 175hp that is used to provide push both on land – via a limited slip differential – and on water – via a jet pump with reverse. The reverse is a great perk having in mind that moving a 1,300lbs heavy machine backwards while in water might present a bit of a problem. Remarkably, the top speed is the same on land and in water, having in mind that the power is limited to 80hp on land for safety reasons, and it comes to 45mph. 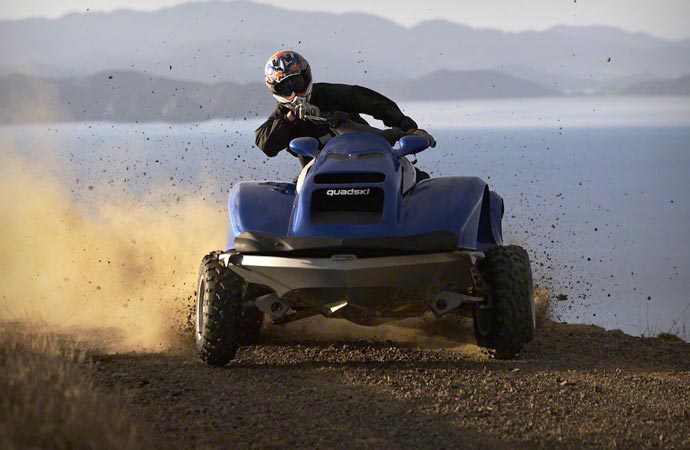 The speed might not be considered high by many, but it is really enough for this kind of a machine. Additionally, The GIBBS Quadski Amphibious ATV is expected to herald a whole range of products named high speed amphibians.

As we said, the transition from land to water is only five seconds long. All you need to do is drive the Quadski ATV into the water and press the designated button and the Quad turns into a jet-ski with the help of two motors that do all the job for you. Getting back on land is a similarly simple task.

The only downside to the GIBBS Quadski Amphibious ATV might be the price of $40,000. However, this is an astonishing product with no other like it so the price is well justified. watch video below 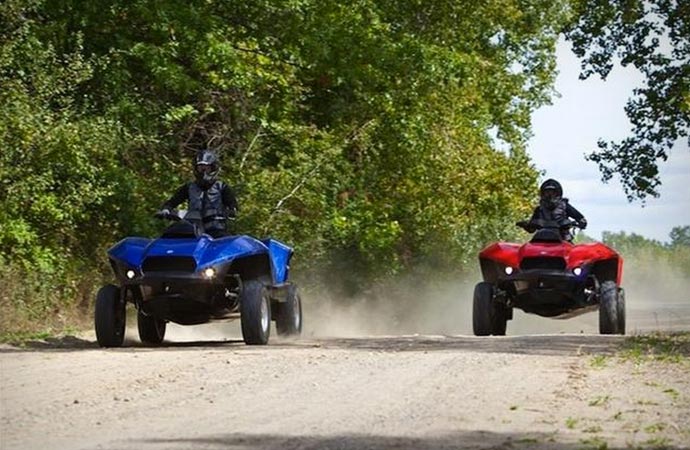 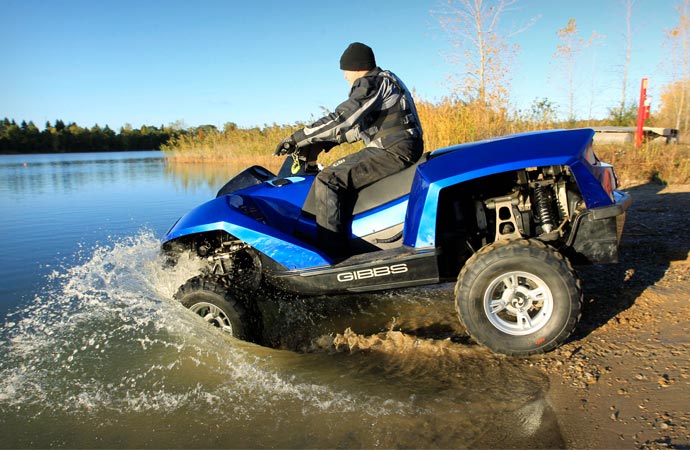 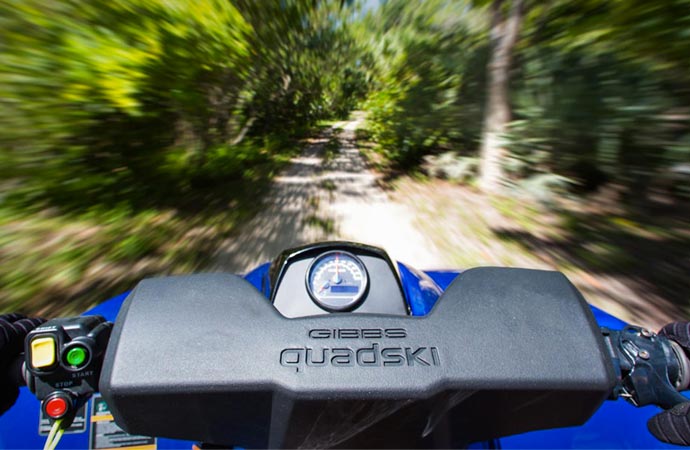 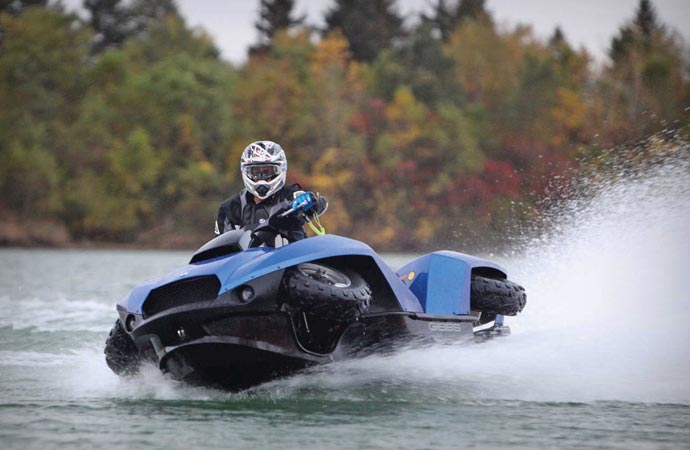 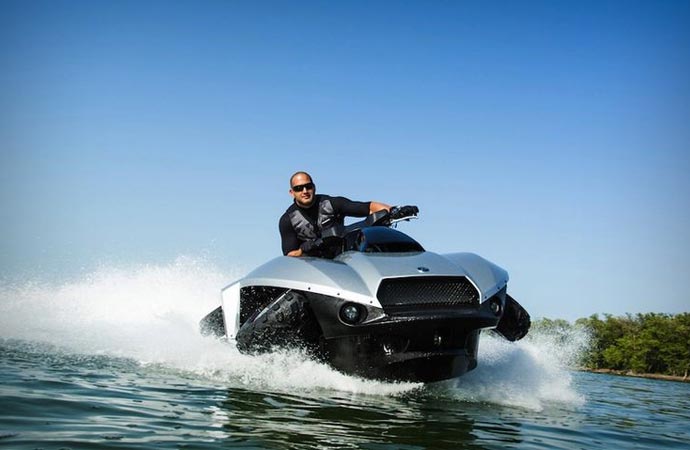 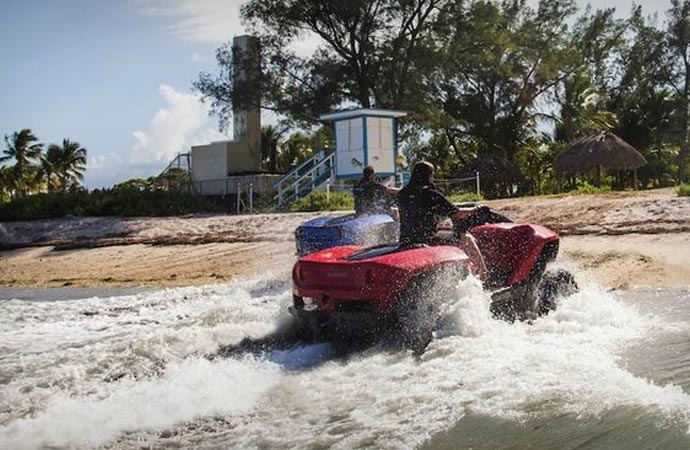 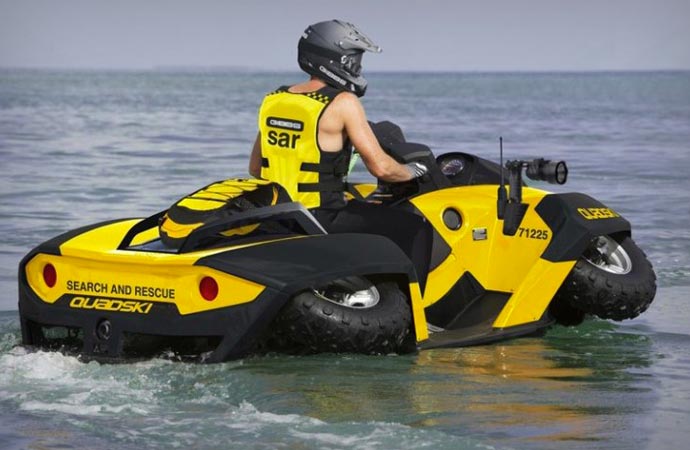