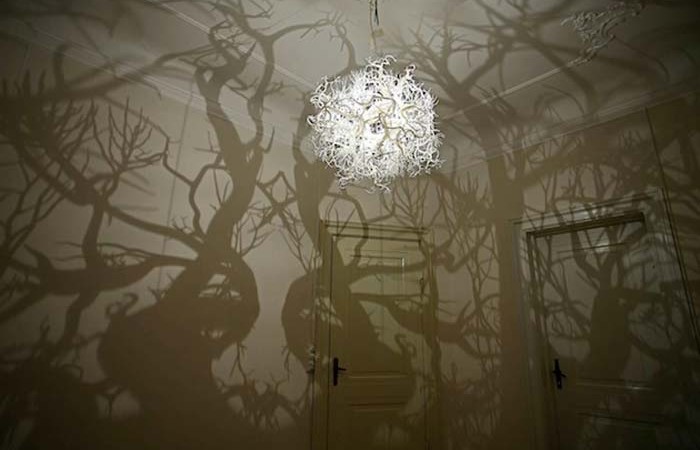 Let Hilden & Diaz design duo amaze you with their ‘Forms in Nature’ tree shadow light! It is partly inspired by the illustrations of the German naturalist and biologist Ernst Haeckel who discovered, described and named thousands of new species of animals and plants. The ‘Forms in Nature’ chandeliers are simply amazing – they project a 360° shadow of trees and roots onto the walls surrounding it.

Hilden and Diaz explain on their website that “mirrorings are thrown out upon the walls and ceilings and provide weak Rorschach-like hints of faces, life and flow of consciousness”. The shadows that are projected by the Forms in Nature light fixture range from dim and soft to dark and strong.

The Forms in Nature tree shadow light project is still in its funding stage with project creators setting a funding goal and deadline on Kickstarter.com. watch video below 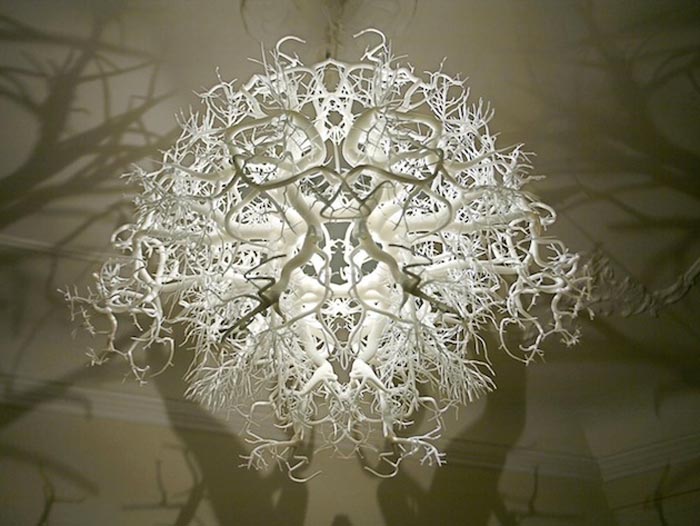 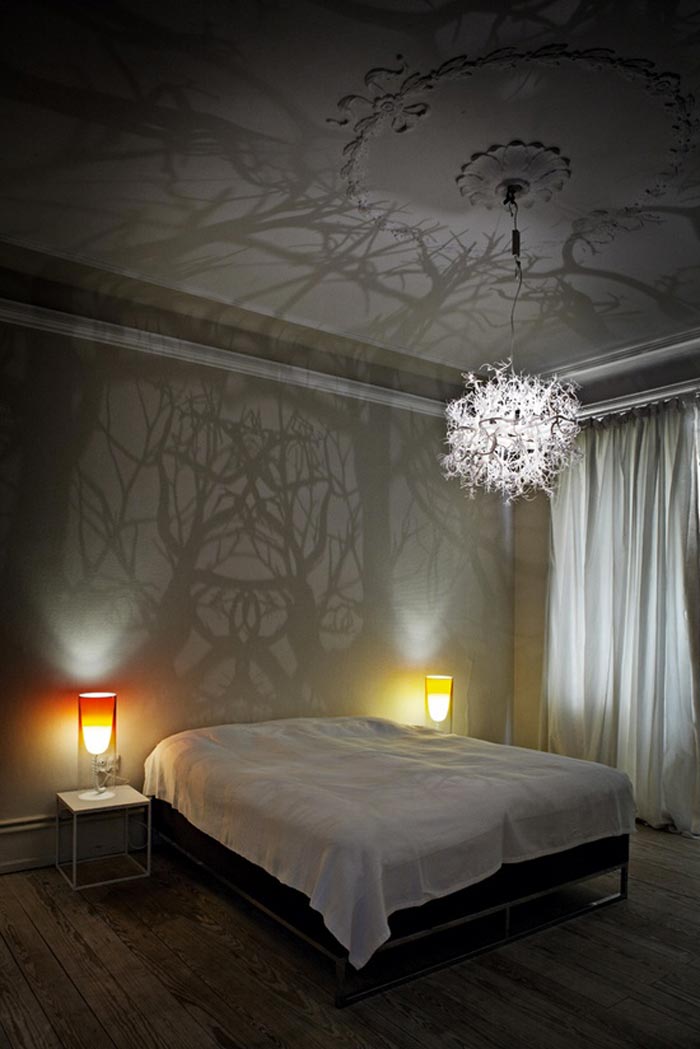