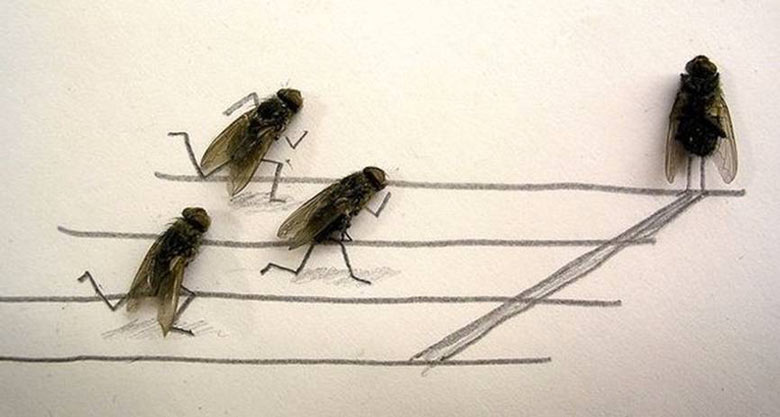 Using dead creatures as an artistic expression is nothing new – British artist Damien Hirst used half a dead calf suspended in formaldehyde as a sculpture for which he even won the Turner Prize in 1995. So, when Swedish photographer Magnus Muhr, who also creates under a tongue-in-cheek pseudonym Flychelangelo, decided to make art out of dead flies by putting them in comical everyday situations, the views were quite opposing – some people called it „gruesome“ and „morbid“, while some thought it was „original“ and „creative“.

Flychelangelo used flies that were already dead and arranged them in amusing scenes like urinating in public, ice skating, sunbathing, playing volleyball, running track, riding a horse, acting like Peeping Toms, making a fly pyramid or queue for the toilets. Muhr explains where he got his inspiration from: „This started at a party several years ago. I was bored, found a fly on a balcony, had an ‘ahaaa’ moment and immediately picked up a pencil and a camera.“

Muhr has even released a book about his fly art called “The Life of Fly” which the Daily Mail called “hilarious”. 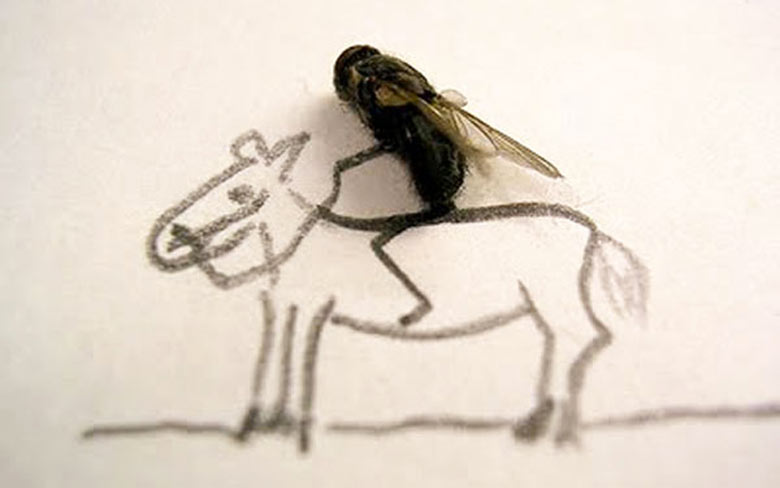 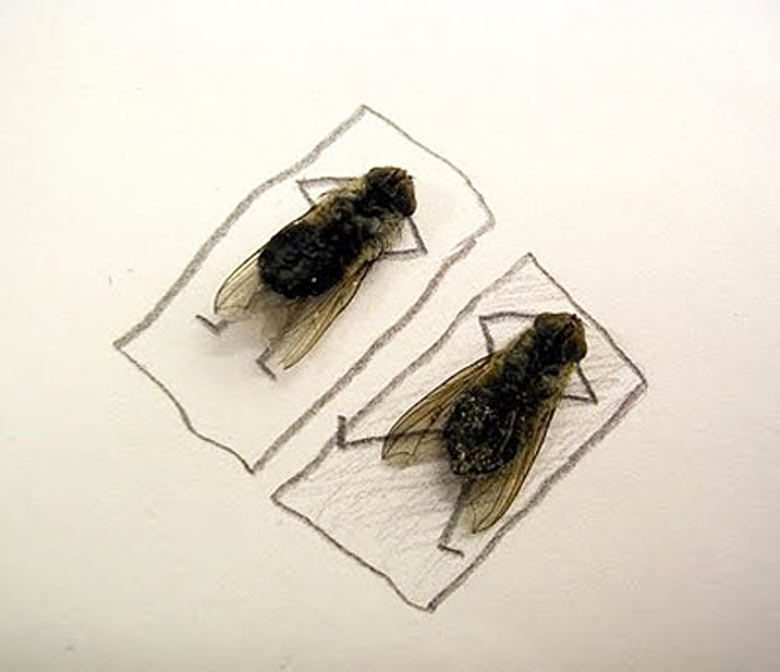 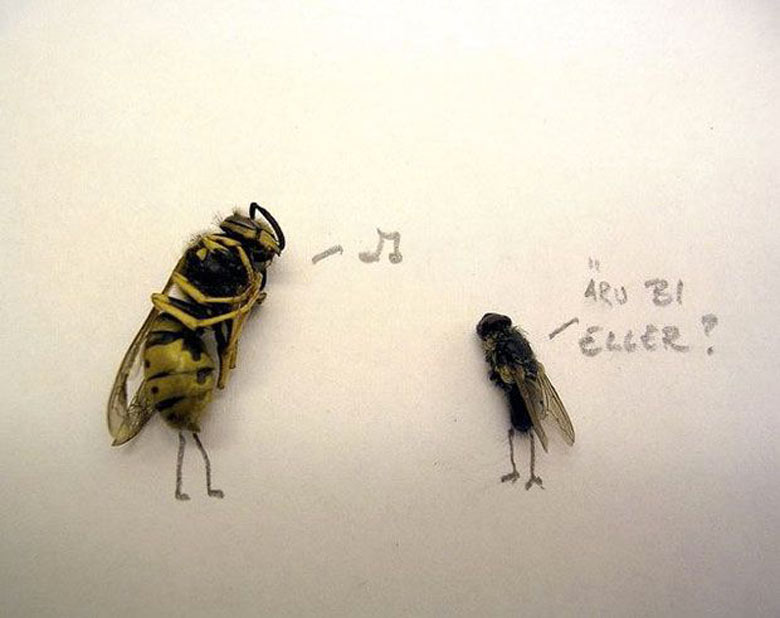 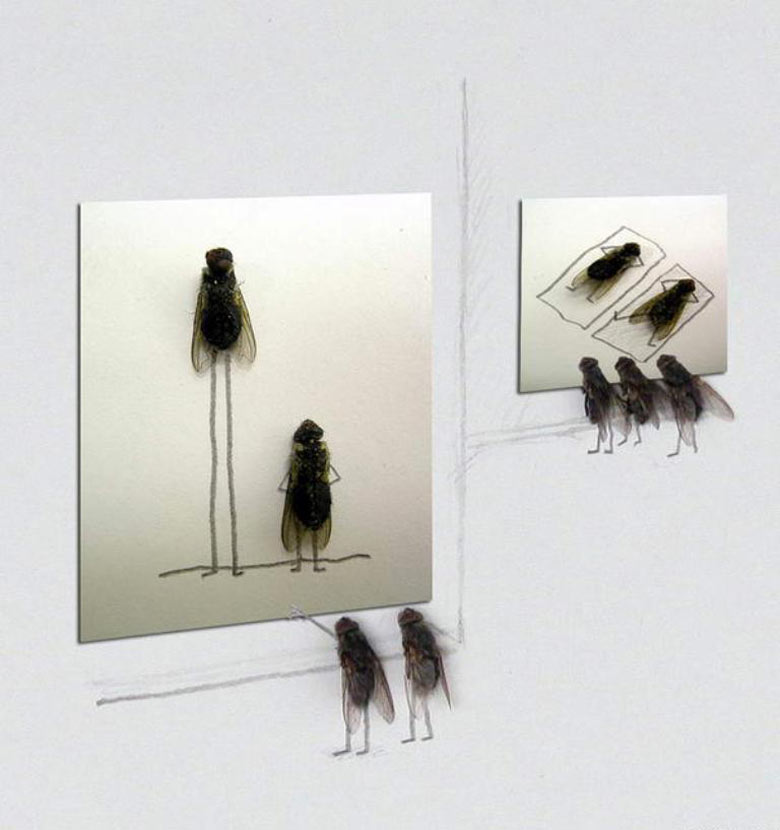 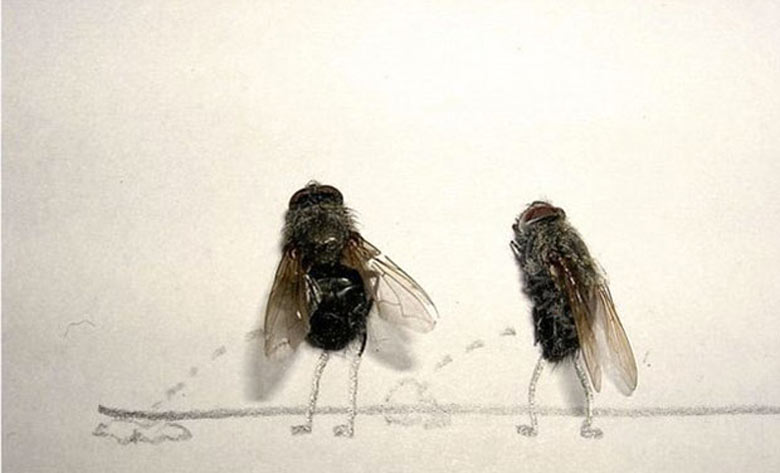