Any type of safety bicycling gear should accompany you on either your commutes or recreational cycling sessions. Lately, we have seen a lot of safety gear for cyclists pop out of the woodwork and you really have no reason not to get yourself one because it just might end up saving your life. A pretty interesting one is the Fly6 HD Bike Camera, a device which serves a similar purpose to that of a car dash cam and has a very bright taillight used to increase your visibility. Apart from recording everything that’s going on behind you in traffic, it will definitely make drivers more careful around you because anything they do out of road rage will be recorded. 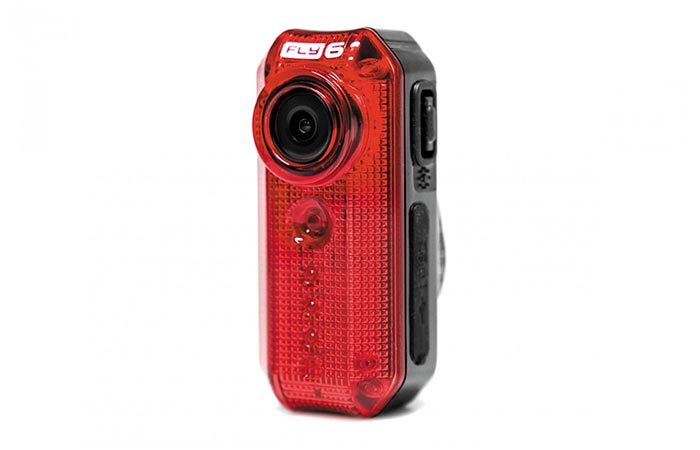 Capable of shooting 720p videos in 30 fps, this small camera will let nothing get past it

The Fly6 HD Bike Camera is capable of shooting 720p videos in 30 fps with audio so literally everything that’s going on behind you won’t be left out. This device is small (3 inches wide and 6 inches long), as it should be, because it does go on a bike and large, bulky gear is something no one wants to deal with in this day and age. Despite its size, it’s very sturdy and completely weatherproof so you can use it even during heavy rain. And with 30 lumens of light output, you will be visible regardless of weather conditions, day and night. As for its runtime, the Fly6 can record for 6 hours, which is excellent for this type of gear and video quality. 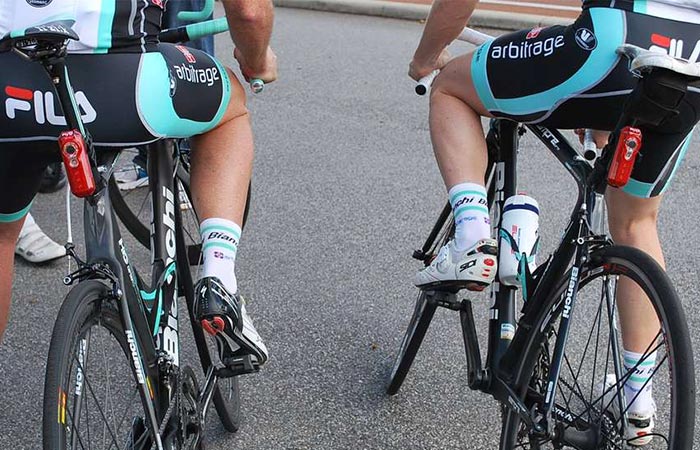 This bike camera comes with a few very useful trinkets. It comes with two seat post mounts so you can hook them up on two different bikes and just move your camera when you want to instead of the entire setup. But the most important addition is the 8 GB class 10 Micro-SD card. The included Micro-SD card makes this bike camera usable straight out of the box which is a huge plus since you don’t have to buy one in advance. And if you aren’t satisfied with its storage capacity, you can always purchase a bigger one. 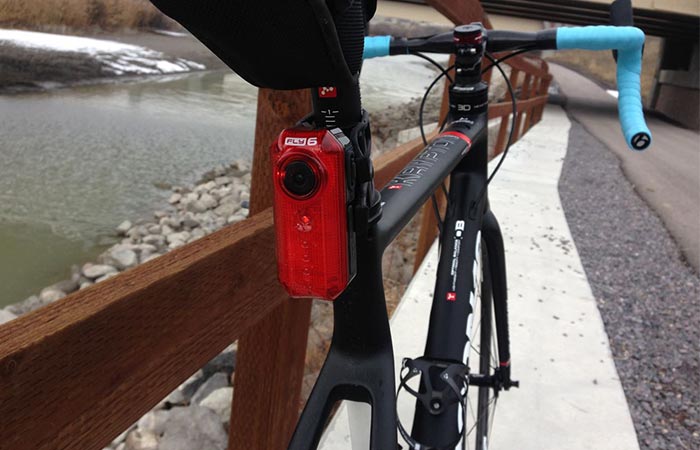 Regardless of the time of day and weather conditions, the Fly6 will keep you safe on the road

The Fly6 HD Bike Camera is a pretty cool piece of gear which a lot of cyclists can put to good use, especially if drivers where you live tend to be careless around cyclists. This camera will keep them on their toes and keep you perfectly safe.

Check out the promo video for the Fly6 HD Bike Camera.