Honey, a sweet food used by mankind for ages, cherished for its various applications and health benefits. Ever since we began harvesting and using it our methods for doing so have improved over time, leading us to the modern day apiaries which are present all over the world.

However, a new chapter in beekeeping begins with the introduction of the Flow Hive, a revolutionary way of harvesting honey from the beehive. 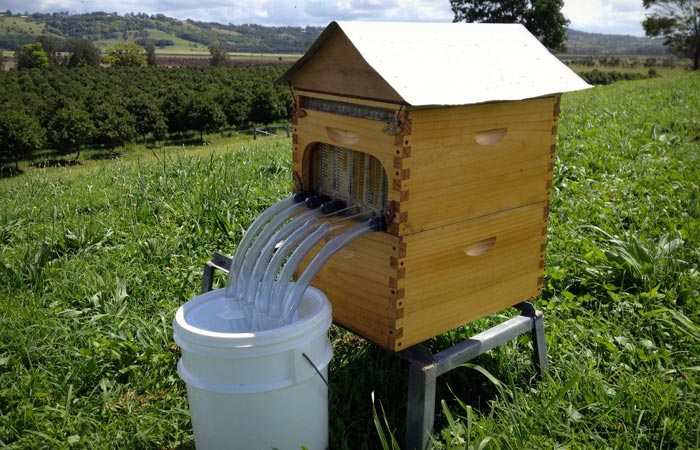 Like we previously mentioned, the honey harvesting methods have improved greatly over time. We have experienced advancements in beekeeping in recent years, of course, but the most significant one has happened quite some time ago. On October 5 1852, L. L. Langstroth introduced his patented movable frame beehive, known also as the Langstroth hive, which is commonly used all over the world even today and shared his findings on beekeeping in his works which are still relevant and widely read by beekeepers. The introduction of the Flow hive puts two new names in the spotlight: Stuart Anderson and his son, Cedar, the co-creators of this brilliant beehive. 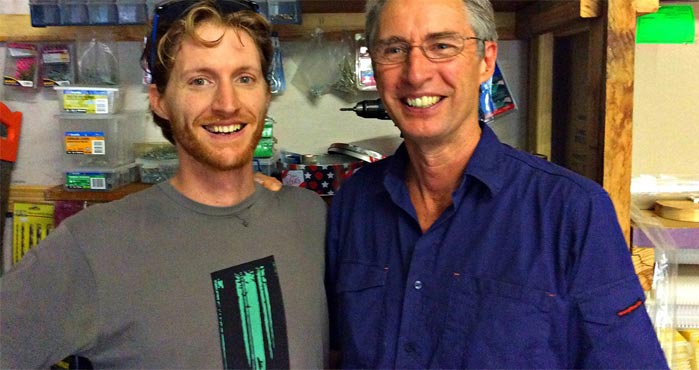 Over the last decade they have been working on and improving their idea and they have indeed something to show for all of that effort. The Flow hive allows beekeepers to harvest honey by simply letting it pour through a tap. If you are unfamiliar with honey harvesting methods and this seems a bit underwhelming to you, let’s see what the commonly used harvesting method requires:

Now that we are all familiar with the usual process of harvesting, we can put things in perspective and see that it takes hours to complete. The Flow hive reduces the amount of physical labor and time required to harvest honey, but also causes the honey to be of higher quality. How? It’s simple, actually. As you are not required to open the hive, you do not disturb or damage any of the bees. This reduces the stress on bees and lets them produce honey without interruptions. 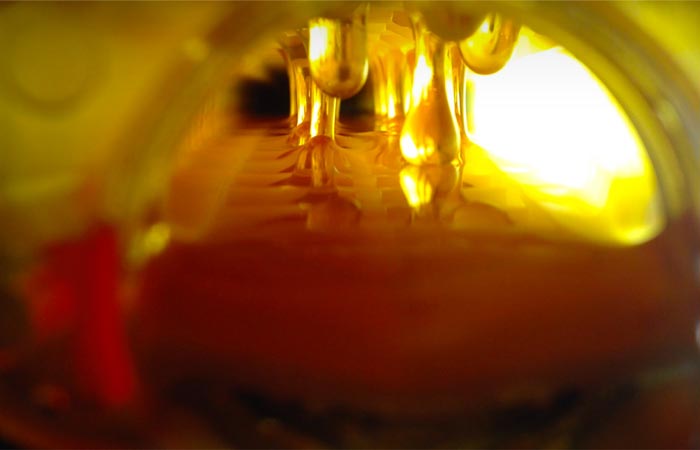 And how does it work? The frames of the Flow hive are made from partly formed honeycomb cells.  The bees complete the comb with their wax, fill the cells with honey and cap the cells.  When you turn the tool, which resembles a tap, the cells split vertically inside the comb and form channels, which allow the honey to flow down to a sealed drain at the base of the frame and out of the hive into a container. After it has finished draining, turn the tap again in the upper slot which returns the comb into the original position and lets the bees to chew the wax capping away and fill it with honey again. 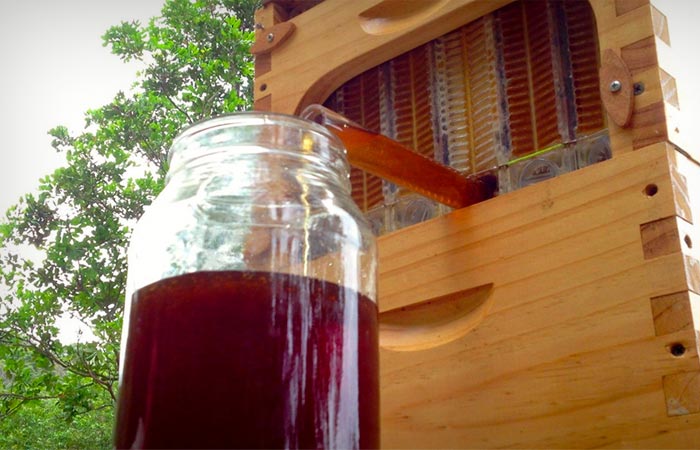 It’s safe to say that this brilliant new design will revolutionize beekeeping. If you happen to be a beekeeper and want get yourself a Flow hive or you just like the concept and would like to support the creators in their efforts, you can do so on here. As this idea has managed to gather a lot more funds than initially intended in quite a short time maybe we can expect even more improvements from the inventors of this brilliant beehive. [via] watch video below 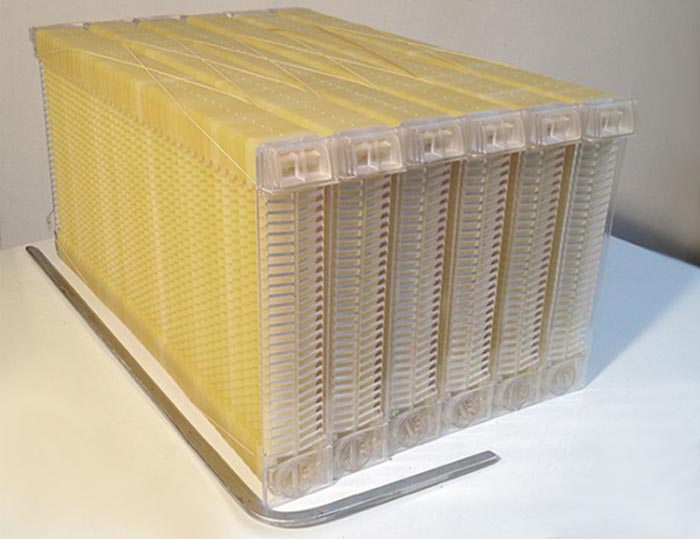