There are a lot of people who believe that going back to the roots of the music listening experience is the way to go and because of this, we are experiencing a comeback of vinyls and record players. Records can be found and bought with little trouble, but finding a visually appealing and high performance record player can be tricky. Because of this we present you with the Floating Record Vertical Turntable, designed and made by Gramovox. This turntable is both very cool looking and offers the best sound quality and its price tag and commendable specs make it perfect for first time record player buyers and people with a lot of experience in the matter.. 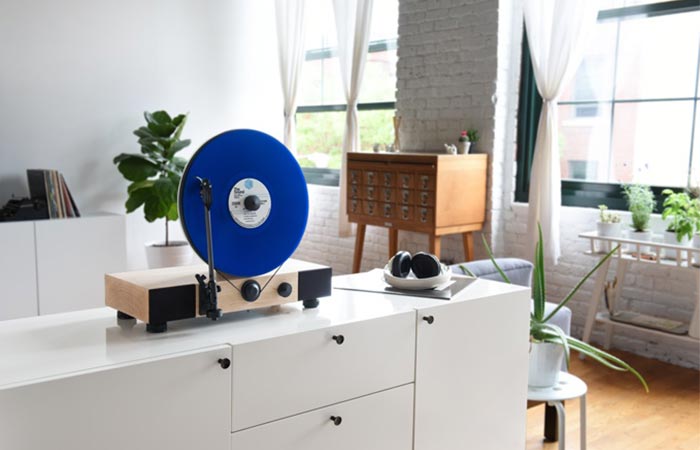 The philosophy which Gramovox follows in general is one of re-imagining vintage audio design with modern technology. In case of this turntable, they decided to find a way to turn the vinyl in visual art along with it being a medium for music. Even though the floating illusion is its strongest visual point, the overall design of this turntable is pretty great too. With a base made from either maple or walnut and polished black acrylic platter and plinth, this turntable can fit in nicely with the rest of the furniture in your home. 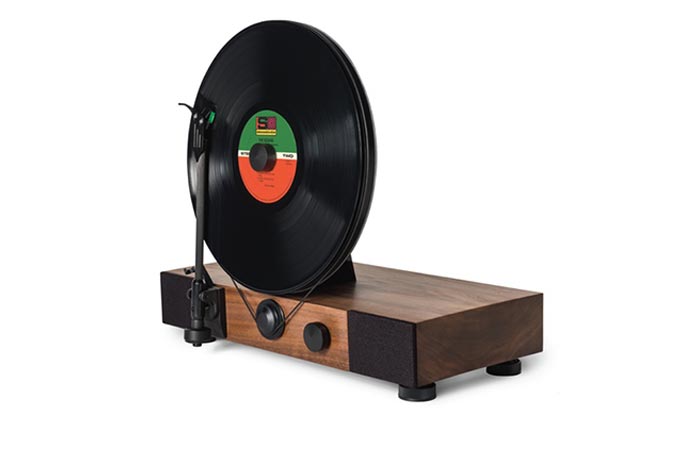 With a wooden base, this turntable can fit in nicely into the surroundings of your home 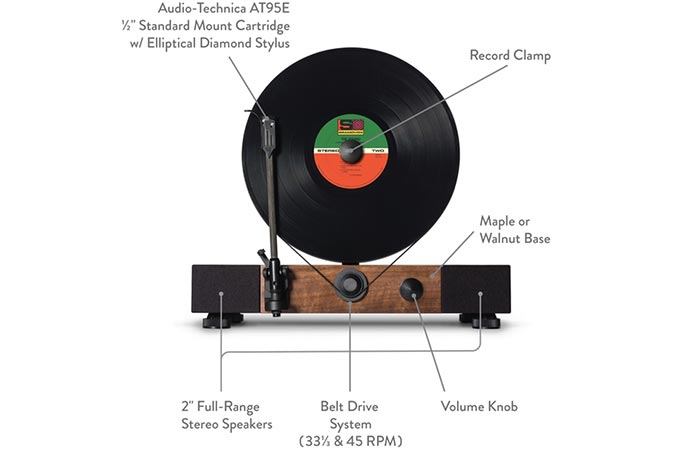 The Floating Record Vertical Turntable can be enhanced with additional audio equipment, such as: phono pre-amps, amplifiers and speakers, even though there is absolutely no need to do this, because this turntable is capable of producing the best possible sound on its own. It’s equipped with two Tymphany 2″ neodymium speakers driven by a 15 w per channel digital amplifier. In addition to this, the speaker cavities feature tuned bottom porting so the bass response can be off the charts. An Audio Technica AT95E cartridge with an elliptical diamond stylus is also an important piece of audio equipment used here, because it brings a warm sound to the mix. You will also be interested to know that the Floating Record Vertical Turntable’s belt drive system can play records in 33 ⅓ or 45 RPM. 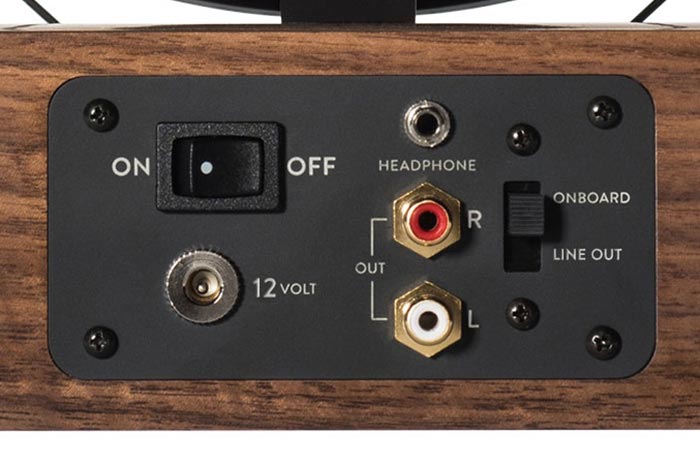 Even though you can hook additional audio gear to it, there would be no need because it is powerful on its own

The Floating Record Vertical Turntable is currently being crowdfunded on Kickstarter and the campaign is going really well which says much about this turntable. With over 2000 backers, Gramovox has reached its goal a while ago but as the campaign is still going on, there is no reason not to make a pledge and pre-order this amazing turntable, if you are in search for a new one that is.

Check out the promotional Kickstarter video about the Floating Record Vertical Turntable.