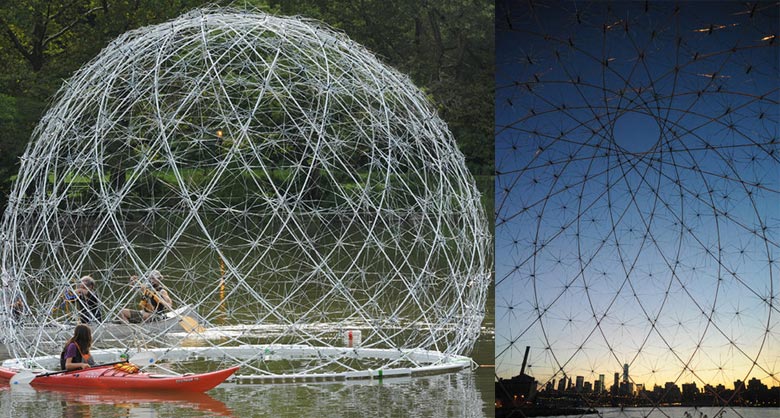 The Bronx River in New York is the place where you can see this amazing floating dome created by SLO Architecture Studio run by spouses Amanda Schachter and Aexander Levi. It is made of recycled umbrellas and plastic bottles. However, this is not a new idea. The same couple had already created a similar dome that was destroyed in a somewhat funny incident. Apparently, the first dome was successfully put into the river, but the tides took it towards Rikers Island, where the prison guards, unfamiliar with the nature of the project, destroyed what they saw as an unidentified floating object.

But the couple didn’t give up. They launched another campaign on Kickstarter and finished what they had started before and even made it better.

The umbrellas were taken from the streets of New York and about 500 of them were used to create the 24 x 18 feet floating dome. The skeletons of the umbrellas were criss-crossed in order to create the structure that was further enhanced using 128 plastic bottles. In the bottles, there are diodes that generate a glow that makes this dome even more beautiful to behold at night. Even though it is large enough to be enjoyed from afar, the designers claim that it is the most beautiful from close up, from a vessel that can bring you just several feet away.

The dome can be seen at the inlet of Inwood Hill Park and it is planned to remain here throughout August of this year. That is if it skips another trip to Rikers Island. [via] 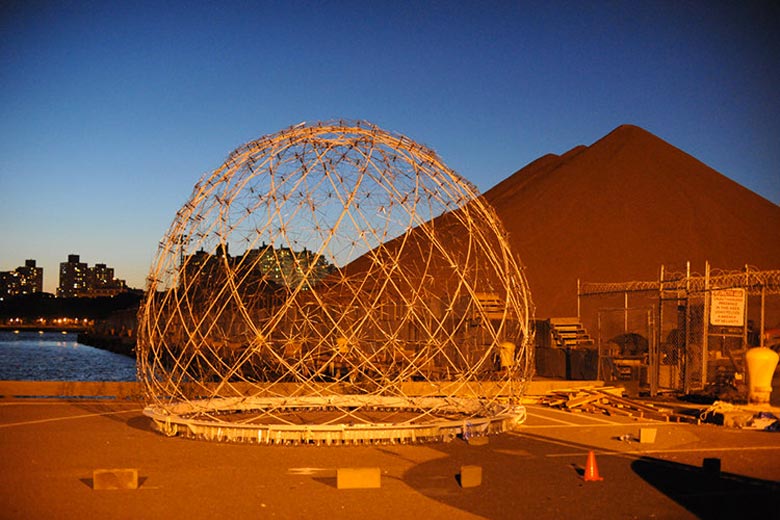 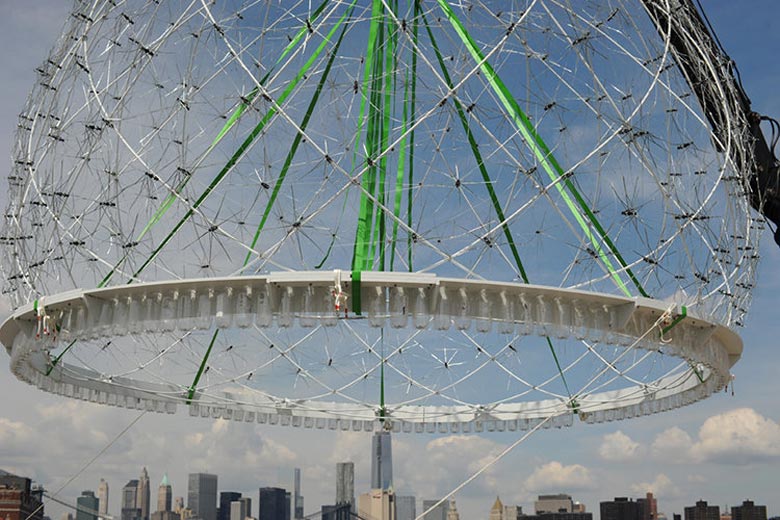 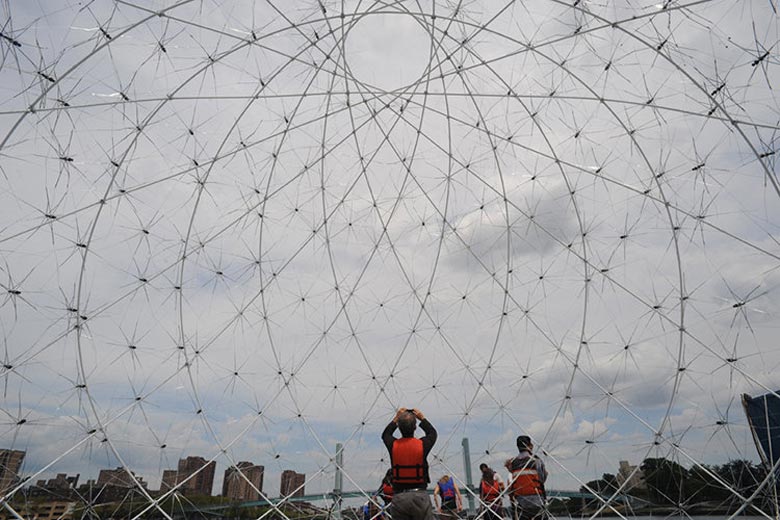 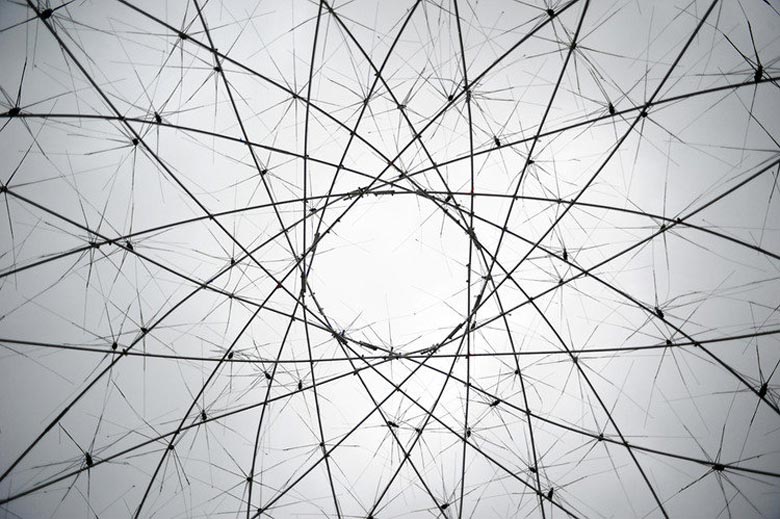 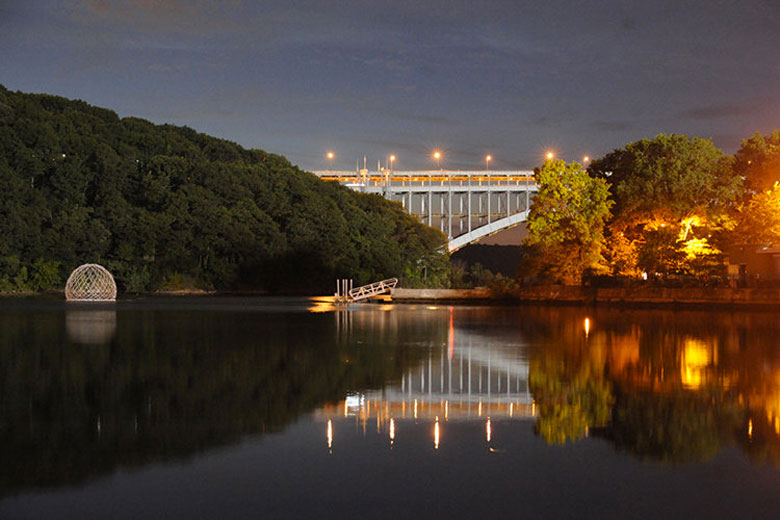 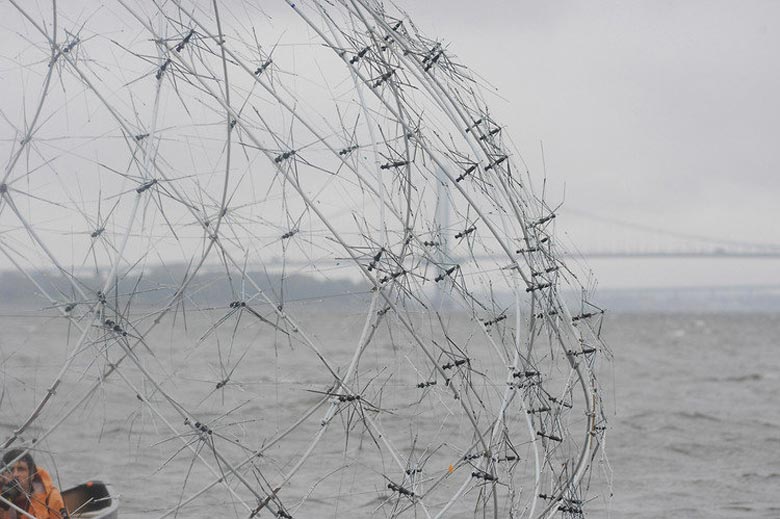