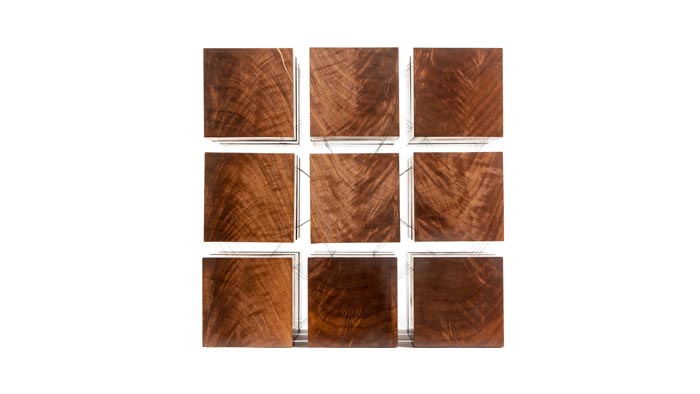 Rock Paper Robot focus their attention mostly on interior design features making them quite different. Their newest design called the Float Table that resembles a Rubik’s cube coffee table is an amazing new addition to their products.

The table is consisted of numerous cube-like wooden blocks that seem to float in mid air, mystically connected by an invisible force that keeps the cubes in levitation with respect to one another.

However, the cubes do not levitate, or attract and fend off each other. In reality, they are physically connected via a network of thin steel cables. When looked at, the table seems firm and motionless, but a single touch or a push turns it into a moving, reacting structure. 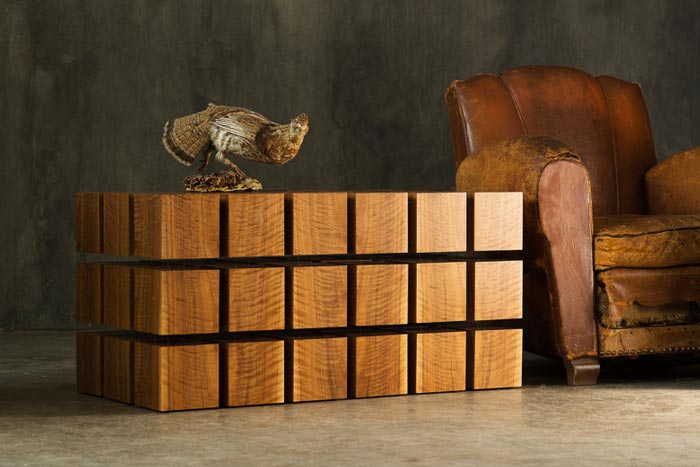 When pushed or pressed the cubes move in accordance with one another and revert back to the original form when the pressure is released. This feature may not seem to make this structure worthy of a traditional table when it comes to sheer functionality, but talking about design and ideas, it is a great idea. 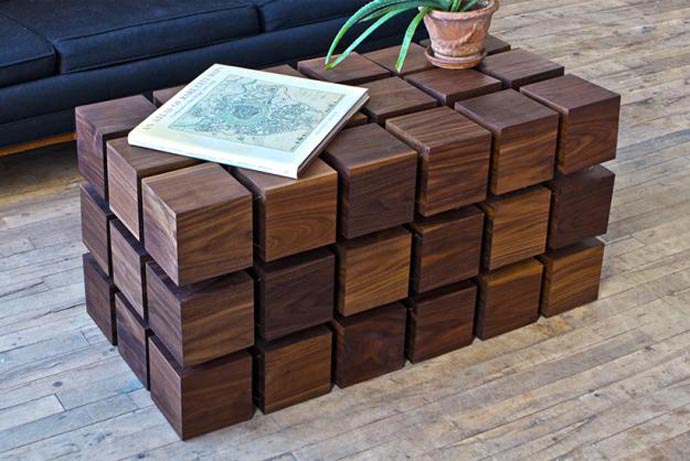 This stunning form that is sure to draw attention is a great conversation starter and its clean and airy looks make it a great addition to almost any kind of interior. 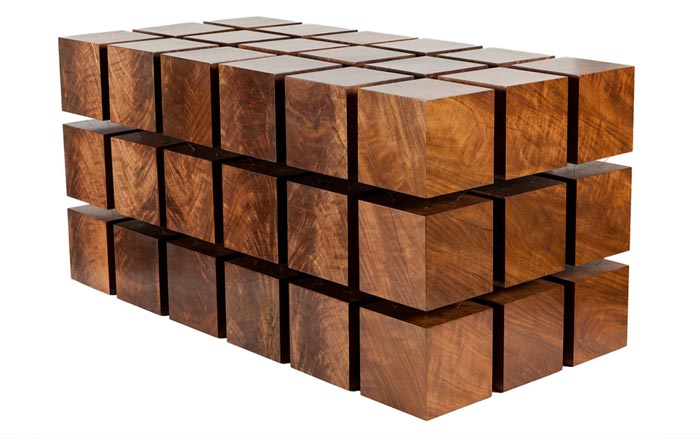 The price of the float table might be the problem. The smaller unit that is consisted of 27 cubes comes up to $10,000, while the bigger one comprised of 54 cubes costs double as much. Do you like it enough to spend this kind of money on it? watch video below 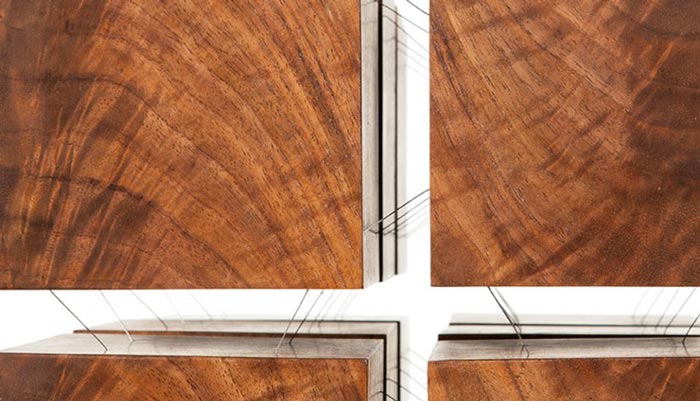