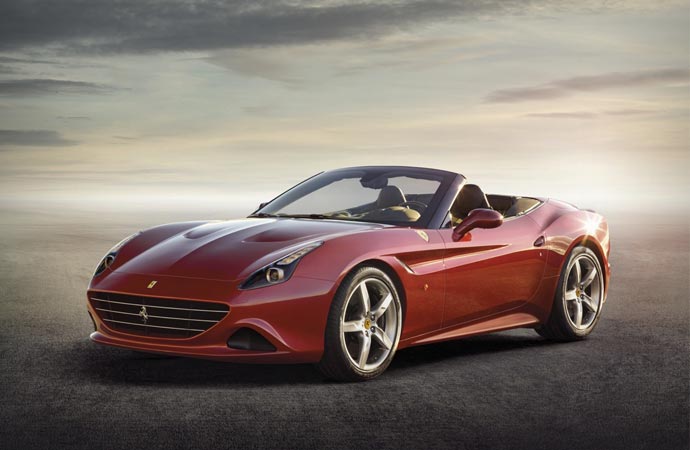 Another debut set for the Geneva Motor Show in March is reserved for the Ferrari California T. The amazing revamp of the previous 2+2 California does not bring just the new looks, but a hell of a lot more – the turbo is back.

The new California T has brought back the turbo in a Ferrari for the first time since 1987-1992 F40 and the results are amazing. The Quattroporte’s familiar, though greatly modified, 3.8l V8 now produces about 70hp more than the previous model – coming to 560hp – and has received a massive boost of 270Nm to reach road melting 755Nm of torque. These figures bring the California T to 100km/h in 3.6 seconds and the top speed is now 316km/h. All this has a great sound which Ferrari claims to be “the most exhilarating soundtrack any turbo has ever yielded”.

However, even though the power has increased, the fuel consumption is said to be 15% better due to the stop-start system. The increase in power also asked for revision of the suspension setup, so new dampers and springs have been introduced.

When it comes to the design, the previous model was simply wonderful. This one is different, but still wonderful. The front is not as wavy as it used to be, but rather sharper and more aggressive, coinciding well with the cars new powertrain. The headlights border the hood and rise up the wings to create a very modern look. The back is also great with a subtle wing that struts between the round taillights and a large diffuser. Side view shows a wavy line that starts rising at the front, than drops slightly at the door and then rises again dramatically right behind the rear seats making the driver seem tucked in and cozy. 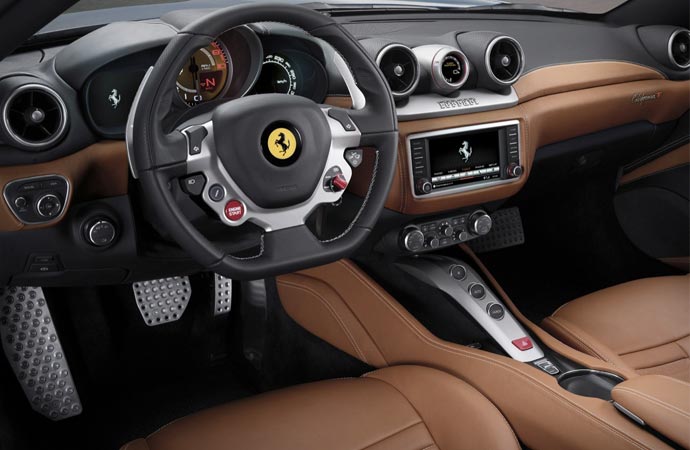 New steering and dampers improve response significantly, but do not diminish comfort. Inside, the new California T is filled with luxury. The inside is covered with high-quality leather and the flat-bottomed steering wheel looks great. Everything is at hand, easy to operate and all the information is easy to read which is very important when you are dealing with such power. The wheel does not manage to conceal large paddle shifters used to operate the dual-clutch transmission.

The new Ferrari California T is set to have its official debut in Geneva and it could easily steal the show. [via] watch video below 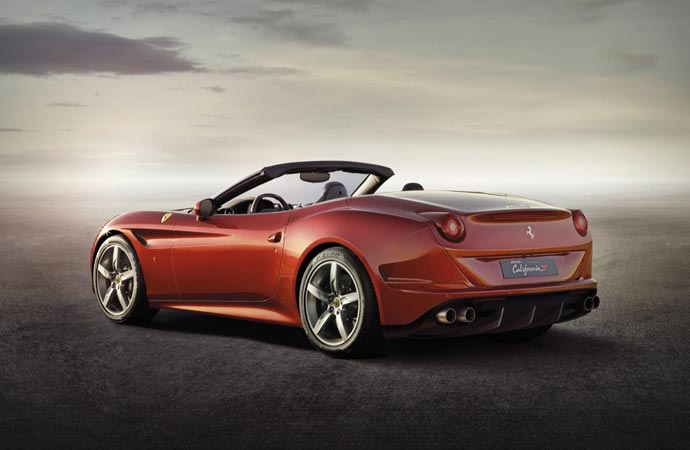 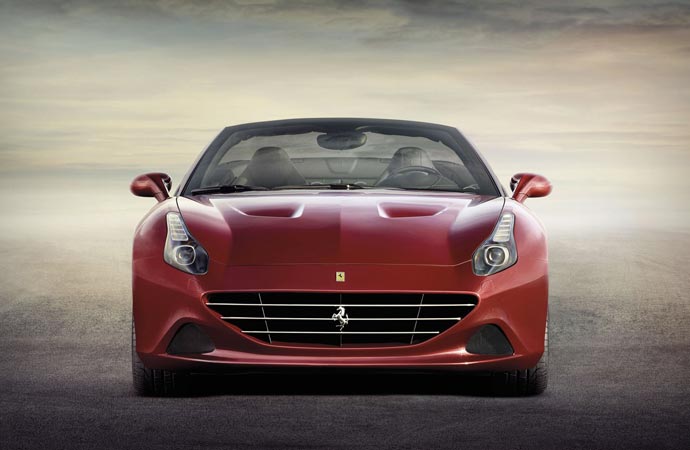 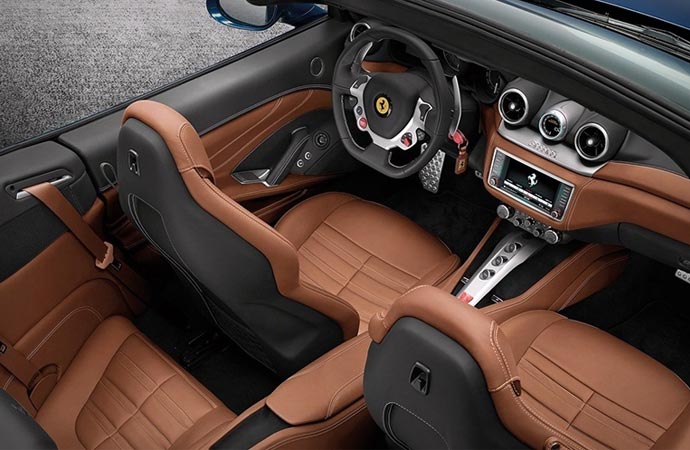 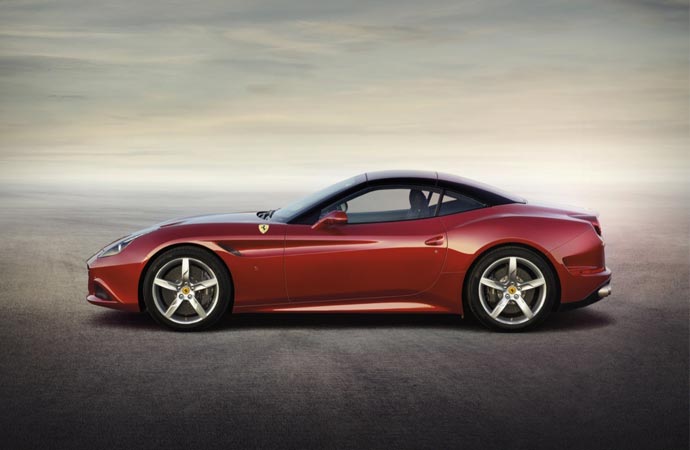 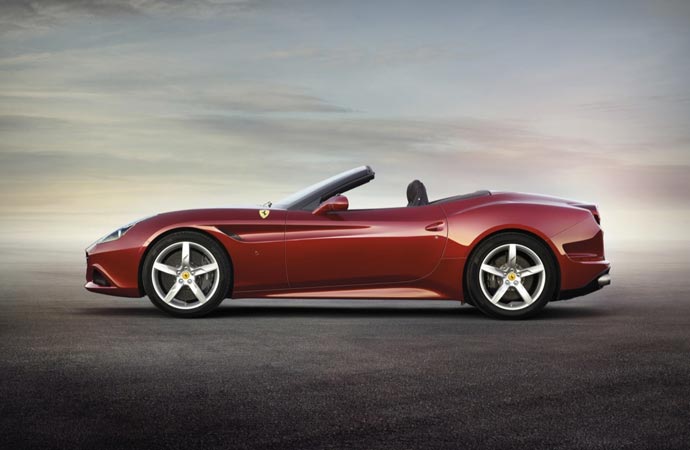