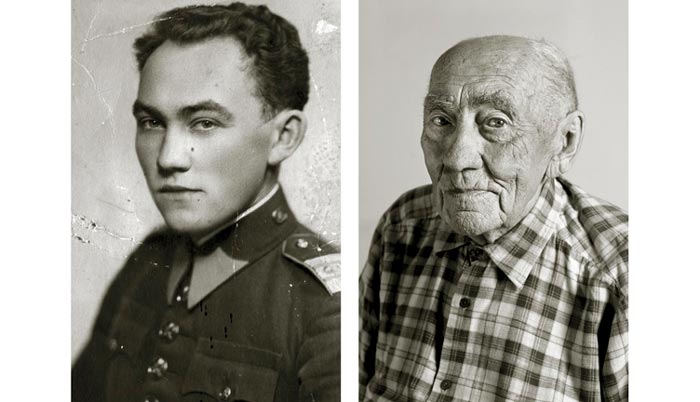 Czech news webiste Aktuálně.cz has published a set of comparative photos made by Czech photographer Jan Langer for his project „Faces of Century“ in an effort to poignantly illustrate the dramatic effects of aging.

Jan Langer explains the inspiration for doing this series of amazing GIF photographs: „For the youth of the world, they never expect to get old… but it slowly sneaks up on everyone. For the old, it’s often hard to remember just what it was to be youthful.

This captivating series puts the effect of aging front and center, showing images of elderly people and then a quick sweep back to their youth in the same pose.”

As we look through these fascinating photographs, apart from feeling amazed by the depicted centenarians, we can’t help thinking it is true what they say – ears and noses continue to grow as we age. watch video below