Bringing you something that made Kickstarter history, a card game about exploding kittens, lasers and, sometimes, even goats. In this article, we bring you two versions of the Exploding Kittens card game. 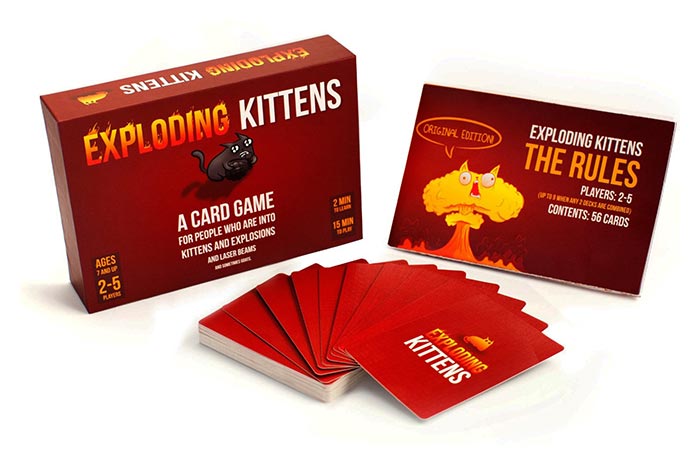 The Regular deck is suitable for ages 7 and up.

It’s an extremely strategic, Russian Roulette style game, where you and a few of your compadres draw cards until an Exploding Kitten is drawn. At this point, the kitten explodes and that person is dead, and they are removed from the game. 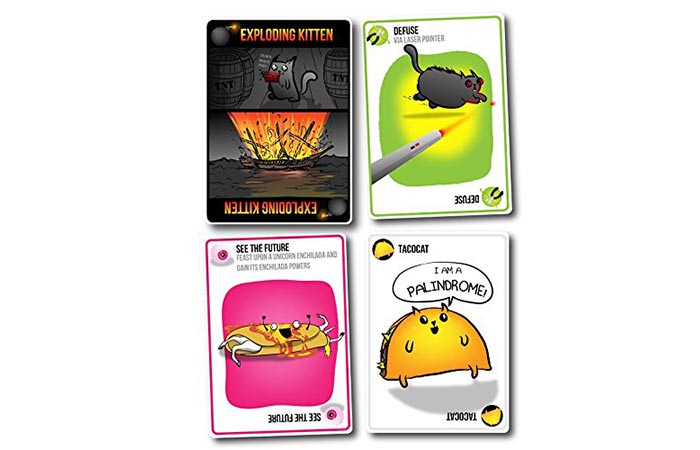 The Regular deck features lasers, magical enchiladas and even Tacocats.

However, if that player has a defuse card, which can include anything from laser pointers, to catnip sandwiches, and even, belly rubs, the kitten can be defused. Check out the Instructional video below.

Essentially, all of the other cards are used to move, avoid and assuage, the exploding kittens. 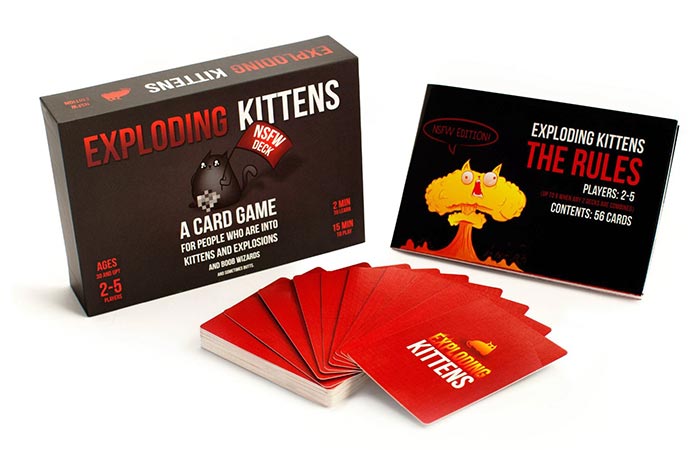 The NSFW deck is definitely an adult only deck!

At the moment, there are two decks available; the regular, which is suitable for ages 7 and up. This deck includes goats, magical enchiladas, taco cats and other.

Then there’s the NSFW deck, which is definitely and adult only game! This deck includes cards that range from zombie cats eating their own eyes, to boob wizards, and occasionally, butts. 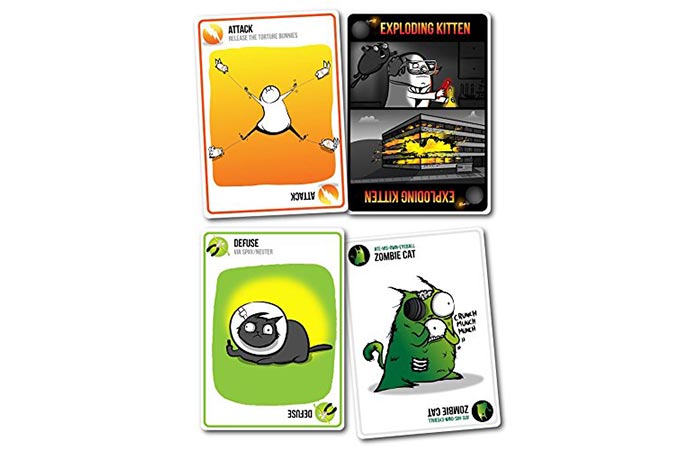 Needless to say, this game is a lot of fun and The Register had this to say about it, “An out of control monster that will redefine the social gathering of an entire generation of nerds.”

Get the Regular deck from Amazon here and the NSFW deck here.