For the most intrepid of globetrotters, Mozambique is a true holiday treat: with lush tropical flora, palm-fringed beaches embraced by turquoise waters of the Indian Ocean, charming islands in the Bazaruto and Quirimbas Archipelago and impressive variety of wildlife species, the African jewel is the closest it gets to paradise on Earth. Still, few tourists who embark on an adventure across Southern Africa are familiar with all the wonders and thrills the country has in store for them. If you are eager to expand your horizons, ditch the winter blues and spend your 2015/2016 vacation in the midst of Mozambique, here are a few tips as to what you can expect to find in this wild land.

E is for exotic exploration 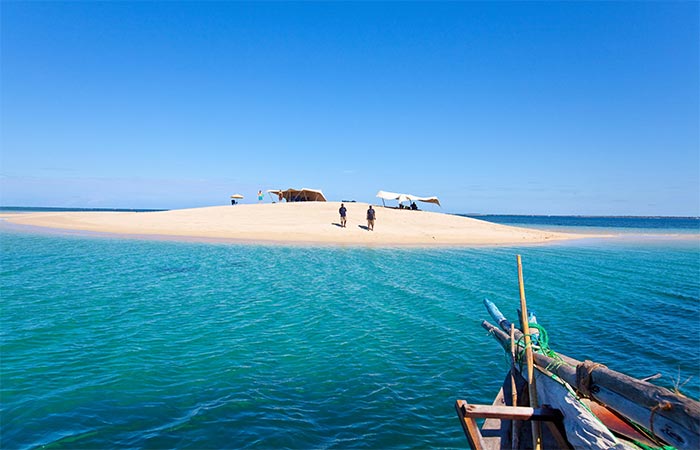 An African destination beloved by daring tourists plagued by longing for adventure and sunny days, Mozambique offers a unique getaway from fast-paced city life and dull concrete-laden urban environments. In this fascinating country, you can explore a number of fascinating natural parks, see some of the world’s most picturesque cityscapes and a few important historical sites included in the UNESCO World Heritage List. Lounge around soft, powdery beaches and take a short tour of the colorful neighboring islands with or without a companion onboard.

X is for extreme water sports 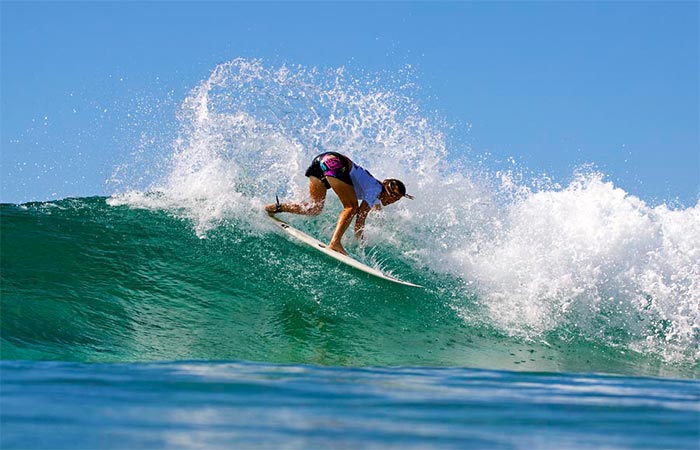 With crystal clear water, Mozambique is perfect for snorkeling and scuba diving. [source]

Travelers who prefer adrenaline-pumping experiences to solitary explorations can try snorkeling and scuba diving in Mozambique’s crystal clear ocean waters. The local marine life is characterized by large coral formations and hundreds of colorful fish species. Or, if you are not a lover of deep sea adventures, you can try swimming with dolphins, wake boarding, tubing, kite surfing, dhow sailing or jet skiing. Mozambique offers a range of exciting water sports to pick and choose from and get your adrenaline rushing high and fast!

P is for pristine beaches 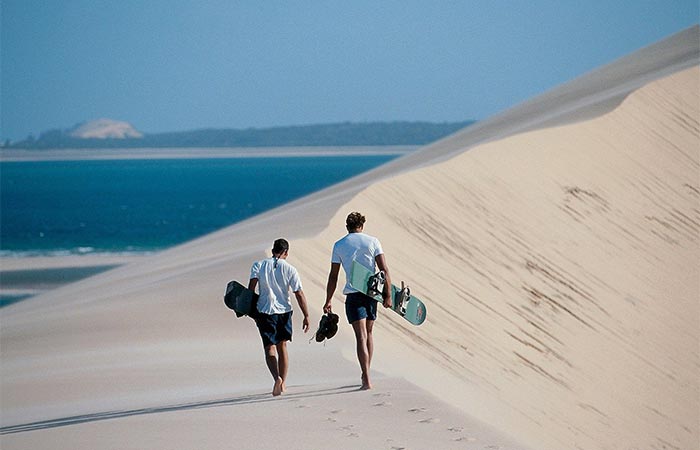 Mozambique is home to some of Africa’s finest beaches such as Tofo, Wimbi, Praia de Zalala, Praia de Závora, Guinjata Bay, Baía dos Cocos and Xai-Xai. As the potentials of Mozambique’s beaches are still largely unexploited by mass tourism, its white, powdery coastline is always clean and free of long throngs of tourists, which makes the country a perfect tropical getaway for newlyweds, romantics and loners. Accommodation ranges from modest backpacker’s deals and seashore bungalows to lavish mansions and upmarket hotels, and you can find lodgings that fit both your budget and vacationing style through tourist agencies and real estate portals such as propertymaputo.com.

E is for endangered species 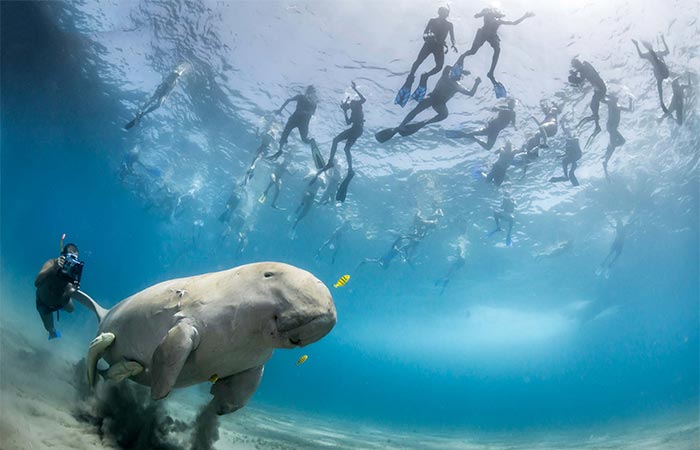 Mozambique is home to some rare endangered species. [source]

The wildlife of Mozambique is marked by impressive diversity. The African pearl is a spot where you can see some of the world’s rare endangered species such as the African elephant, dugong, black rhinoceros, spotted-neck otter, cheetah, lion and springhare. During boat explorations off Mozambique’s coast, you can even encounter the humpback whale, sperm whale and sei whale. In remote corners of the Bazaruto Archipelago, you can spy on pink flamingos and Nile crocs lazing around the sand.

C is for cozy climate 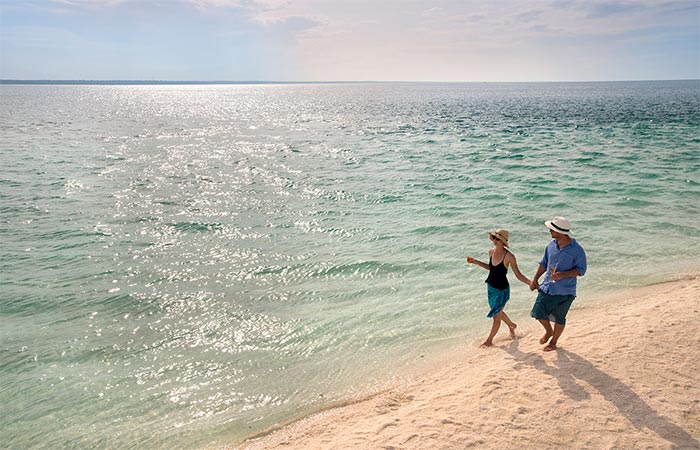 Summers in Mozambique are long and warm. [source]

As for the climate, southern regions of Africa are blessed by long summers, warm temperatures and relatively short rainy seasons. With the average annual temperature of 28°C and up to 8 hours of sunlight a day, Mozambique is a perfect destination for lovers of sunny weather and beach fun. If you are after a refreshing dip, the best time to visit Mozambique is from December to April (the sea warmest in March with average temperature at 30°C), but if you want to avoid short summer downpours, try to find lodgings during the slightly cooler winter season, which lasts from November to May.

T is for tasty food 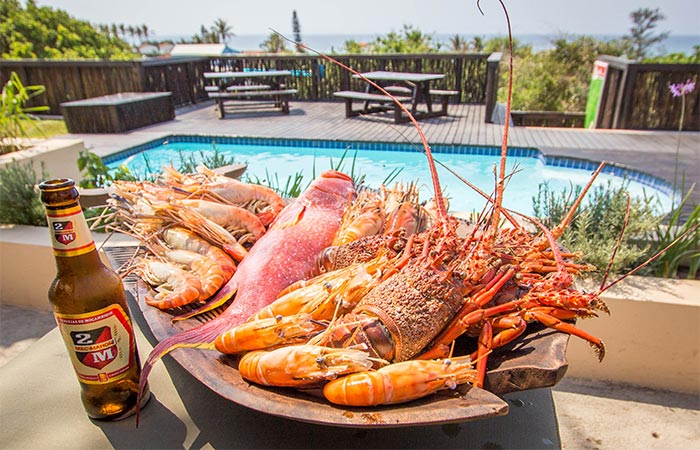 Cuisine is influenced by many foreign countries. [source]

Due to the country’s long history of trade relations with Europe, Asia, India and Middle East, the cuisine of Mozambique is heavily impacted by foreign influences. Some of the best-known local dishes include samoosa, peri peri chicken, prawns, matapa and paõ, most of which are made by either baking, grilling or frying fresh ingredients seasoned with appetizing combinations of herbs and spices. Lovers of fine liquor should definitely try the local rum, Tipo Tinto, but make sure you take your spirits here cautiously because Mozambique is known for its peerless zest in both food flavors and alcoholic drinks.

All these features make Mozambique a land of magic, wonder and thrills, where every tourist can find an enticing slice of tropical heaven after their holiday preferences. Are you ready for a dash of exhilarating African paradise?