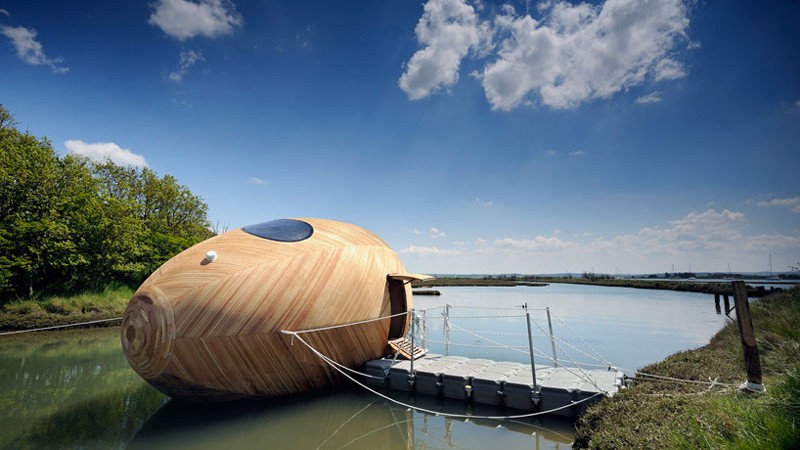 There have been many attempts to make workplaces more creative without losing their practicality, but this invention, that is a result of a collaboration between PAD studio, the SPUD group and artist Stephen Turner who will be spending the next year inside the working place in question, might easily be one of the best ideas so far.

It is called the Exbury Egg and it is a temporary work space for Stephen Turner. It is also energy efficient and self-sustaining. 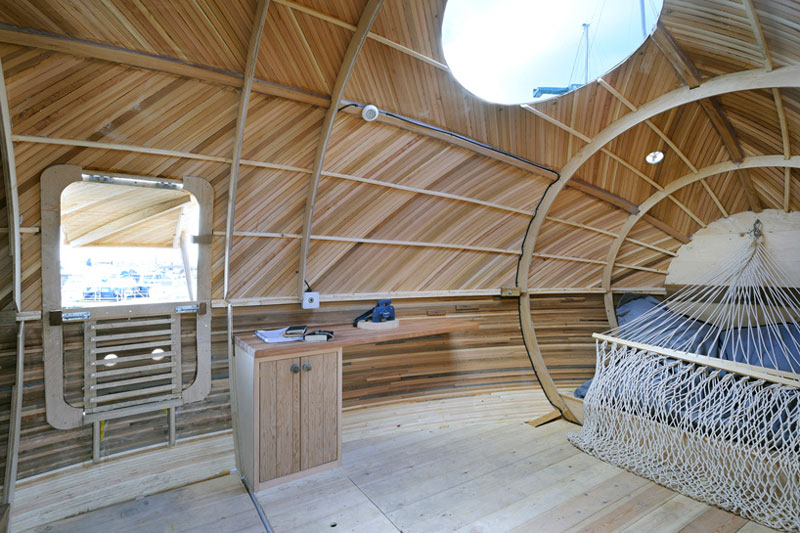 The Exbury Egg will be placed in the estuary of the River Beaulieu in the UK, where it will stay for the next 365 days. Apart from being a place to live, it is also a laboratory for studying the life of a tidal creek and experiencing firsthand the year long influence of the weather conditions such as wind, rain, scorching rays of Sun, as well as enduring the effects of 730 tidal changes throughout the year, since it will rise and fall with the tide.

It has a practical purpose and it is a noble one as well. In the words of the team behind the Egg, it “aims to re-appraise the way we live; to properly consider sustainably and future use of natural resources”. Stephen Turner’s artwork is supposed to come from his more empathic relationship with nature that is to be perpetrated by this project. 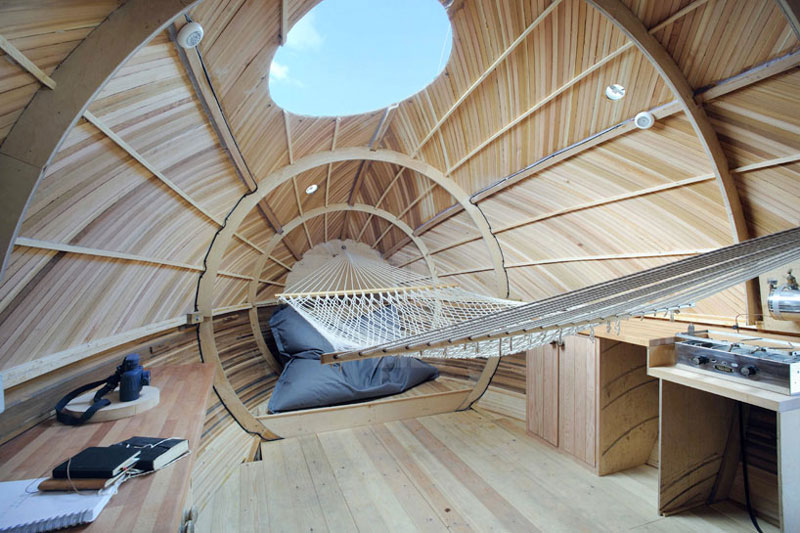 The amounts of energy that Stephen will be using have been estimated by exploring his everyday actions with different options regarding the differences that every season brings and it is thought that solar energy should suffice.

Finally, the Exburry Egg is not meant to be anti modern, or even completely back to nature, as some might think. It is meant to combine the two worlds in a mixture of the best elements that does not destroy either of the worlds. 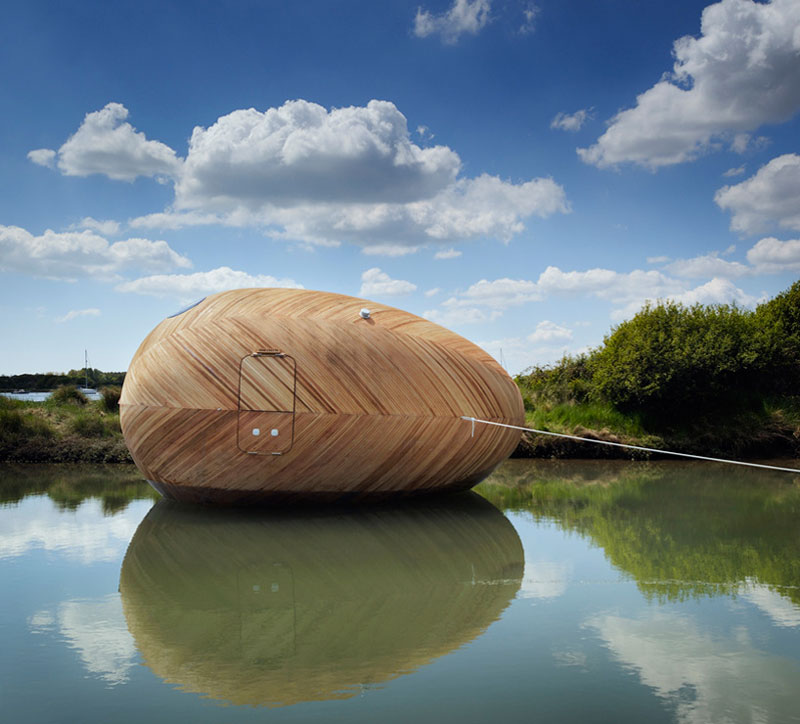 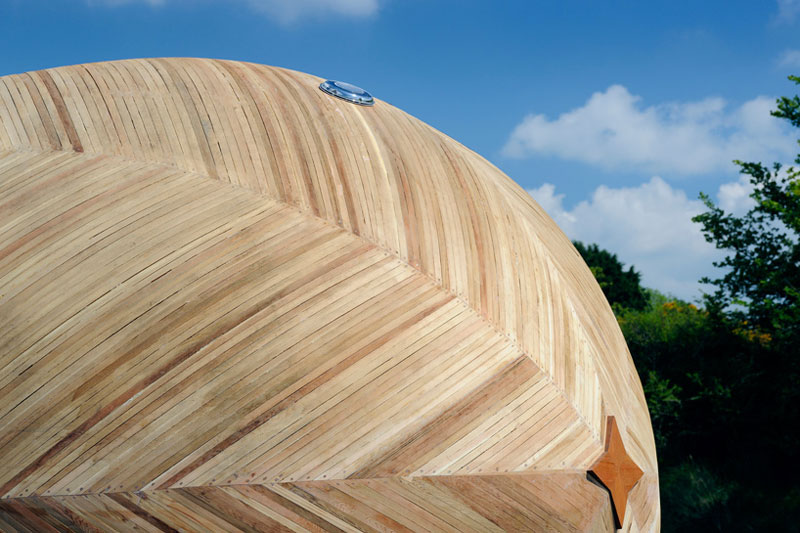 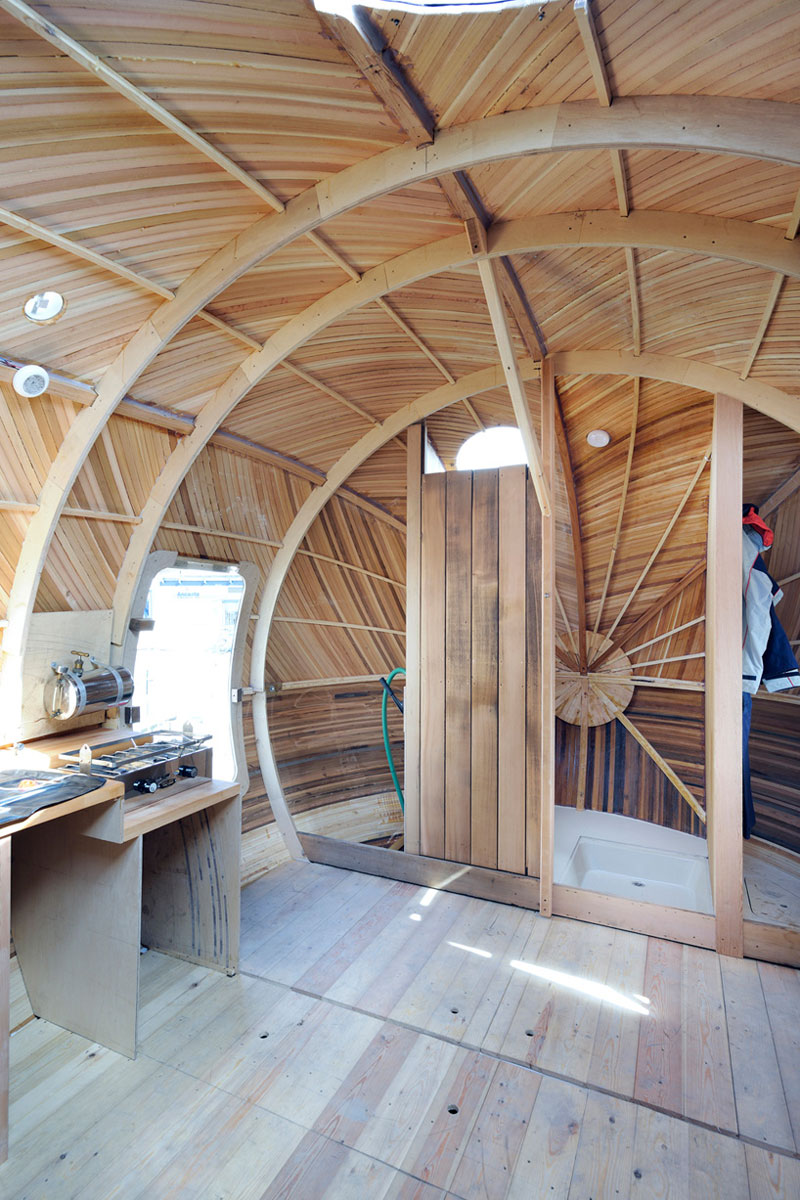 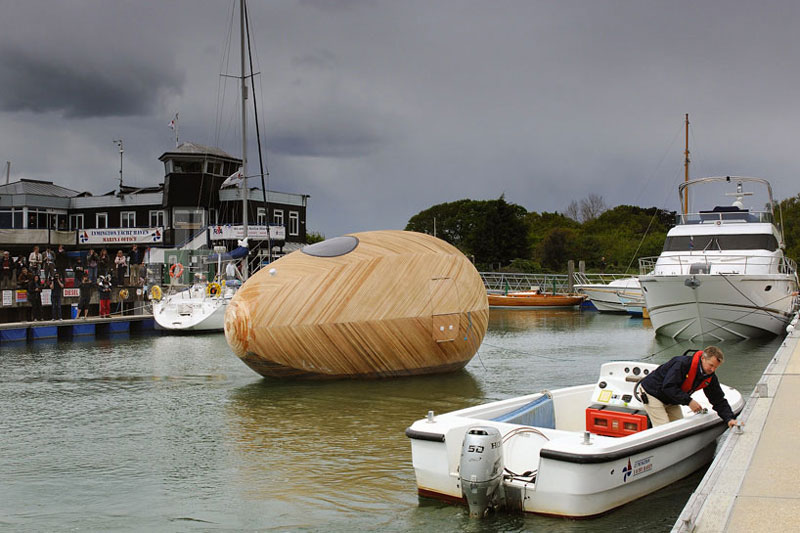 Video below shows a time-lapse of part of the Exbury Egg construction: