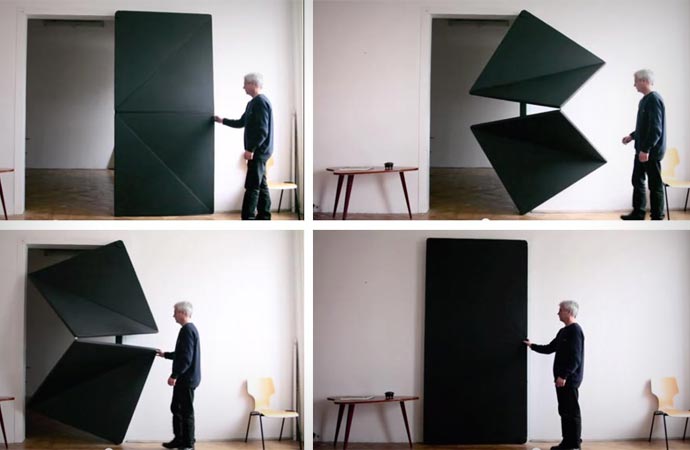 Doors are evolving into nothing you have seen before. If you are wondering how can a door evolve, take a look at this wondrous innvention – the Evolution Door designed by Austrian artist Klemens Torggler . The design is rather radical and intrinsic, but nonetheless very fresh and unusal.

The Evolution Door is made from four triangular segments which fold in on themselves and turn around before aligning again into a rectangle. The door uses a folding / pivoting system to roll from one side to another. “The special construction makes it possible to move the door sideways without the use of tracks,” Torggler said. “This technical trick opens up new applications for the door.”

The artist named the system Drehplattentür, which in German means the ‘flip panel door’. The earlier versions of the Evolution Door had two metal rods which linked two square panels that would disjoint and then assemble in a single motion. His latest, triangular design, allow the panels to move with more fluidity. The Evolution Door has no handles or hinges but, with the help of kinetics, it folds itself like origami. The only downside of this wonderful invention is that you need to have ample space on the both sides of the door in order to let it freely fold and unfold.

Although, the Evolution Door is still in its prototype stage, the website Atelier stocks a range of earlier versions. watch video below 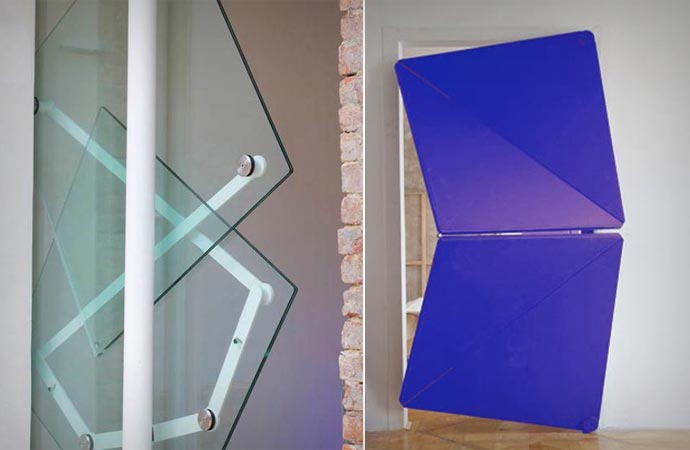