Dan Bilzerian. The millionaire playboy, high-stakes professional poker player, womanizer, gun fanatic, proclaimed as “The King of Instagram”, self-proclaimed “asshole” and overall badass; you either love him or you hate him but either way, he’s sticking around. Despite all the hype that surrounds Dan and all the people that wish they could be him, he does have a dark side and unfortunately, we have come to see that dark side closer than others.

Born in Tampa, Florida to Paul Bilzerian and Terri Steffen on the 7th of December, 1980 we were quite surprised to learn that from his father’s side he is actually of Armenian descent and we suppose that would explain his kick-ass beard but as much as Dan has changed the world as a celebrity, we learned that there is also a dark side to him.

Update, Thursday, October 29, 2015 – Did Dan Bilzerian Get His Start Thanks to His Father’s Dirty Money?

Dan’s wealth was recently under a spotlight when it was linked with his dad, Paul Bilzerian. We all know Dan is swimming in dollar bills and he claims it is all because of his poker skills. Yes, he makes a fortune playing poker and he likes to show it off. His Instagram profile is filled with pictures of private jets, loads of cash, girls, guns and what not. His entire lifestyle is based on living freely and being able to do whatever he wants. But this bearded Instagram king might had some illegal beginnings.

He inherited a trust fund from his dad back in the 90s. But the big question is- was that money actually clean? There is some evidence pointing out that it wasn’t. To get the entire picture, you should really understand what happened with his father’s wealth. 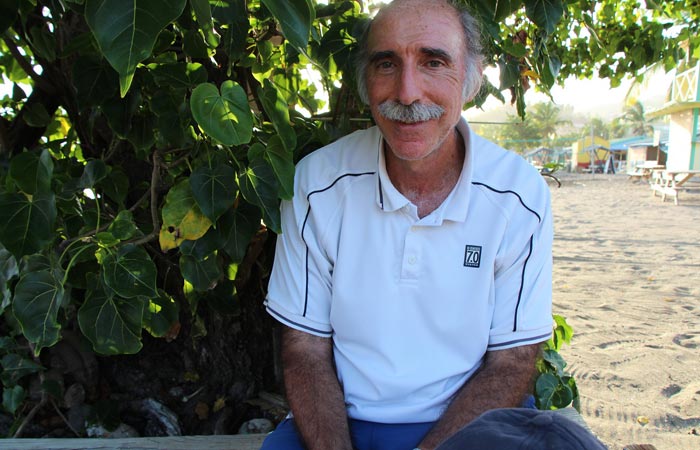 Paul Bilzerian was a successful corporate raider. He went to Harvard Business School and Stanford University, even served in the Vietnam War. His career was really promising back in the 80s, when he made a fortune and became a part of the business elite. His former classmates envied his success. Charles W. Knapp, chairman of Trafalgar Holdings Ltd said about him:  ”He has been a totally responsible, sophisticated member of the community, and I think he’s a man whose career is just starting.”

But in the late 80s the SEC started investigating Paul, his takeovers and Wall Street tradings. He soon faced federal criminal charges for concealing his investments, not making timely disclosures and not showing sources of his funds. So what happened next? He was charged with fraud, conspiracy and false statements. Ouch.

Paul Bilzerian had to pay a fine and not a small one. He gave $1.5 million and got 4 years of prison. He ended up serving just 13 months. When he got out of the jail he made even more money.

In order to avoid paying any money to the SEC, Bilzerian filed for bankruptcy. All his assets were transferred to his family and he thought SEC will stop harassing him, because of course, he didn’t have any money left. So, did the SEC stop there? No. Bilzerian was ordered to pay $62 million. This was the moment the game began. The game of doing everything in his power to hide his assets and avoid paying his debt. And it was obvious.

Dan’s parents in St.Kitts, where they live now. [source]

In 2001, a judge from Florida said “Between 1994 and 1999, Bilzerian transferred his substantial assets into a complex ownership structure of off-shore trusts and family-owned companies and partnerships. It is clear that he did this purposefully to insulate his assets from the reach of his creditors.”

So, how did it work? SEC filed reports and Bilzerian was always one step ahead. He used all sort of companies, partners, off –shore accounts. Many of them had complex organizational structures that when traced back, leaded to him or his family.

It is then when Paul Bilzerian opened an irrevocable trust for his son’s, roughly worth $11.96 million in shares. That means half of that money went to Dan. But does that money actually belong to the SEC? Some experts say that “Transfers of assets to family members for well less than their market value have, for centuries, been marked as ‘badges of fraud”.

So, Bilzerian was claiming not to have anything, but still, a software company of which he was a president once, was paying him $120,000 for his services. But of course, not directly to him, but to a company whose sole investor was his wife. To understand better how that game worked, check out the video at the bottom of the page and see the story of their 28,000 square feet mansion. 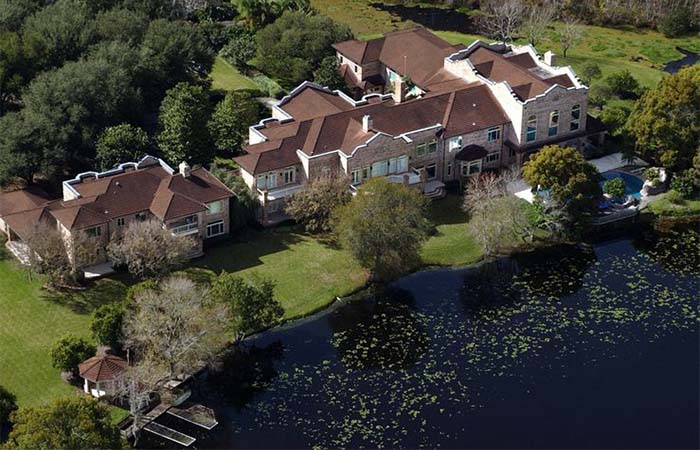 Bilzerian’s 10-room family mansion no longer belongs to them. [source]

So what happened with Dan’s trust? In 2014, he was forced to give roughly 30 percent of its assets to the SEC. The rest he got to keep. Dan was also the president, secretary, treasurer, and director of Caligula Corporation. The corporation was first his mother’s, than she gave it to Dan’s brother who later gave it to Dan. Of course, his father had some involvement with the company. Some say he was actually the one to run it so he could conduct business without the SEC behind his back.

To this day, Paul gave back just $3.7m of his $62m debt. The SEC didn’t stop, and Paul’s wife said “We lost, and we lost everything”. Paul also admits that the fight with the SEC destroyed his life and devastated his family. But still, he is not willing to pay the government for his debt. He is thinking of maybe taking another round with the SEC and filing motion to undo their judgment.

Paul now lives on St. Kitts with his wife, in a place that belongs to their son Adam. In 2007, Adam got the citizenship and wrote a book “America: Love it or Leave It—So I Left“. As his brother, Adam is also a professional gambler. 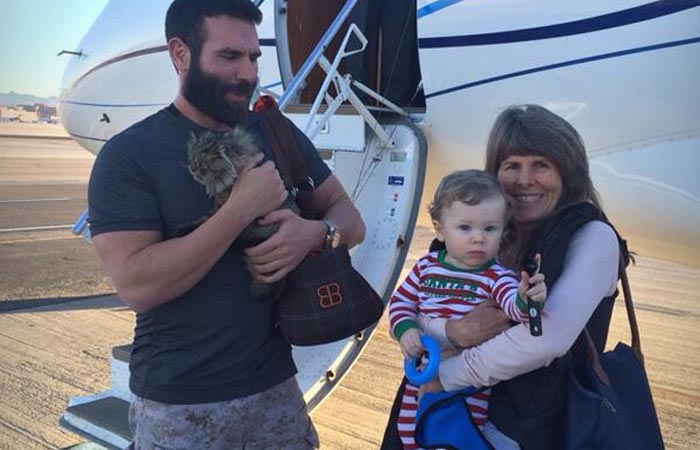 On an airport with smushball

2 Law Suits in couple of Weeks 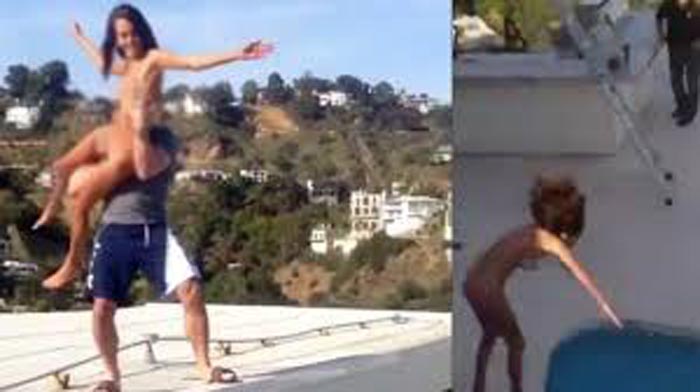 Janice Griffith being thrown into a pool by Bilzerian

In the past few weeks Bilzerian has been hit with two lawsuits. The first incident took place in April when porn star, Janice Griffith, was invited by Dan and Hustler magazine to do a photo shoot at his mansion. Dan took Janice, who happened to be naked at the time, and threw her off of his roof into the pool. Unfortunately, Janice slightly missed the intended mark and ended up breaking her ankle on the side of the pool. When Janice contacted Bilzerian and his lawyer, Tom Goldstein, she was met with a sarcastic and bombastic reply that made her hold off on the lawsuit. However, things changed as the “King of Instagram” got himself into trouble once again.

In the early days of December, Dan was partying in the LIV nightclub in Miami while celebrating his 34th birthday, when he allegedly attacked another woman, model Vanessa Castano, that was trying to break up a fight; apparently Dan lashed out at Vanessa and kicked her several times in the face with his military boots. Vanessa claimed that she was bleeding from the eye after being kicked and would pursue legal action which she then verified by filing a police report. This immediately landed Dan an immediate and life-long ban from the Miami nightclub. This took place months after he threw Janice from the top of his mansion roof and broke her foot. As Vanessa put forward her lawsuit against Bilzerian, this gave Janice Griffith the courage to do the same and landed Bilzerian two separate lawsuits in one week.
Video below is taken in LIV Nightclub and a man appearing like Dan Bilzerian gives a one forward kick to push away a women on the dance floor level.

After being landed in hot water with those two incidents, Dan was arrested on the 9th of December at LAX airport based on an out-of-state warrant that allegedly accuses Bilzerian of being in possession of “bomb making materials” and trying to manufacture a bomb. He has been released on bail and in his own words, “Jail…Let’s not do that again.” Dan, unfortunately, just seems to keep getting himself into trouble.

In light of Dan’s recent activities, arrest and lawsuits, Australia has been the first country to deny him a visa. Dan was invited by several “well known and high-up” casino developers to tour the country’s nightclubs and to assist as a consultant in the design of millionaire poker floors at a new casino that’s being built in Cairns and one in Barangaroo. The ban was proposed by Immigration Minister, Scott Morrison, and even though a backlash could be expected from young voters who want to see the pop icon in the flesh, Morrison has the support of Prime Minister Tony Abbot who was quoted as saying off-record, “if you’re going to assault a woman, then make sure the cameras aren’t rolling.” A reference to a 28 year old case in which Abbot was said to physically intimidate a female activist off-stage at a Sydney University function.

To be honest, we certainly hope that Dan can get his act together.

Watch video below: A little background where Dan Bilzerian comes from