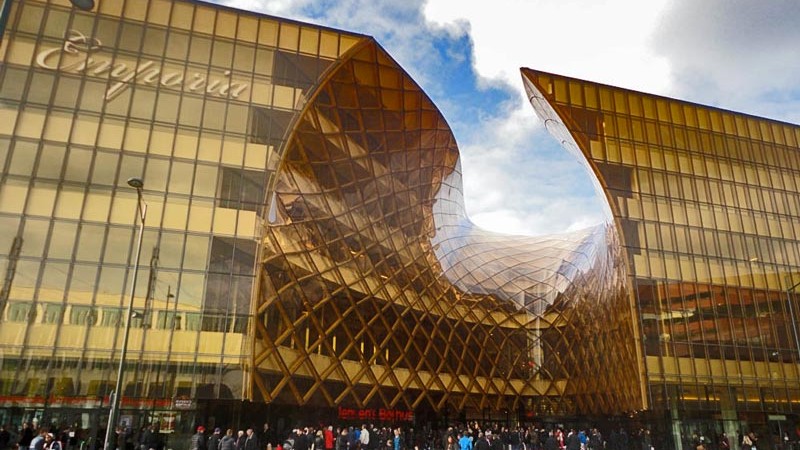 Due to the fact that the street is intended to be lined with buildings of different use and appearance, Emporia shopping center needed to be something special in order to be noticed. Its double-bent glass diagonal cut really draws attention, especially when the features of weather align themselves with the cut. 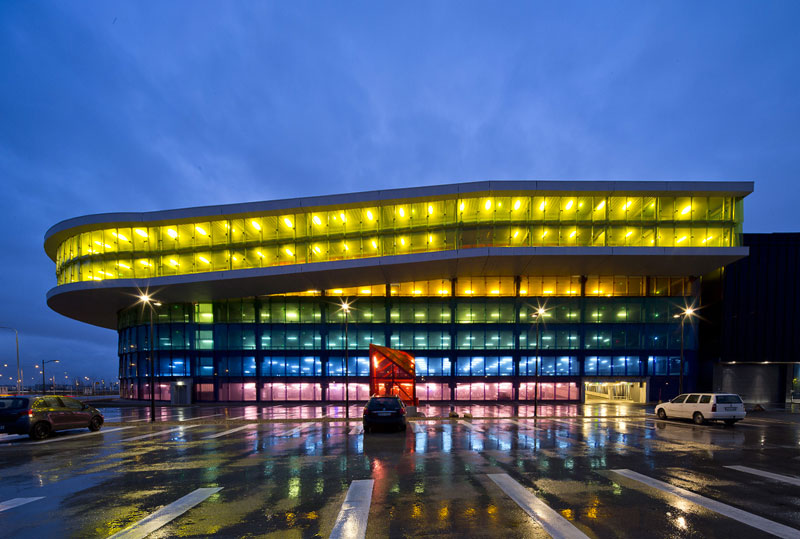 The shops are organized in the form of figure eight and there are three stories of them available. Each of the atriums has a different theme, but what is common to them all is being very colorful and daringly designed. Even the parking garage on the north, accessible through a ramp, is in the colors of the rainbow. This one is big enough for 2500 cars and it has direct access to the shops, but there is an additional garage, actually a parking lot, for 500 cars right in front of the supermarket on the east side. 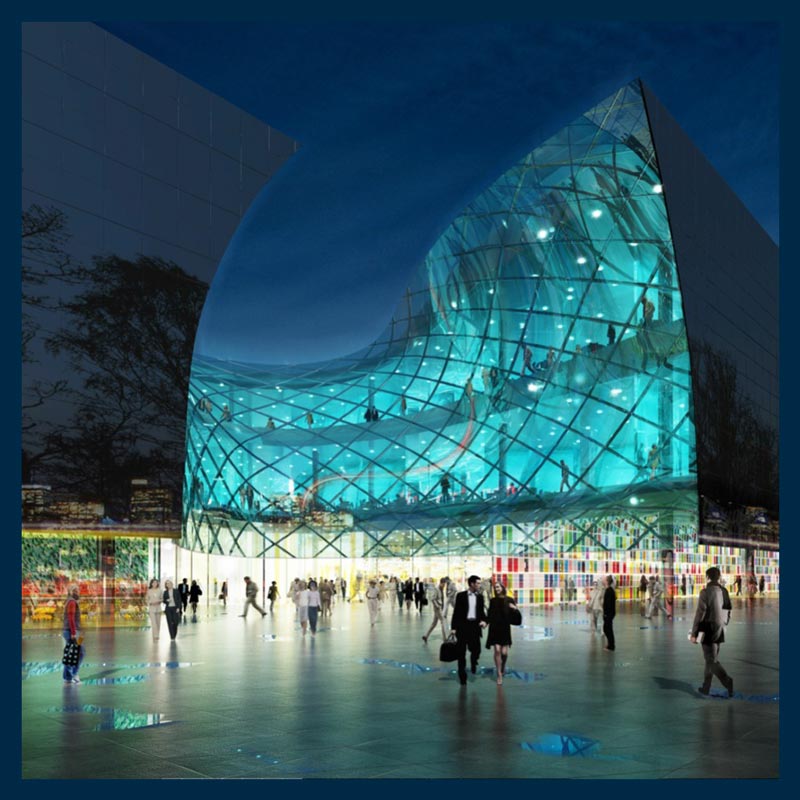 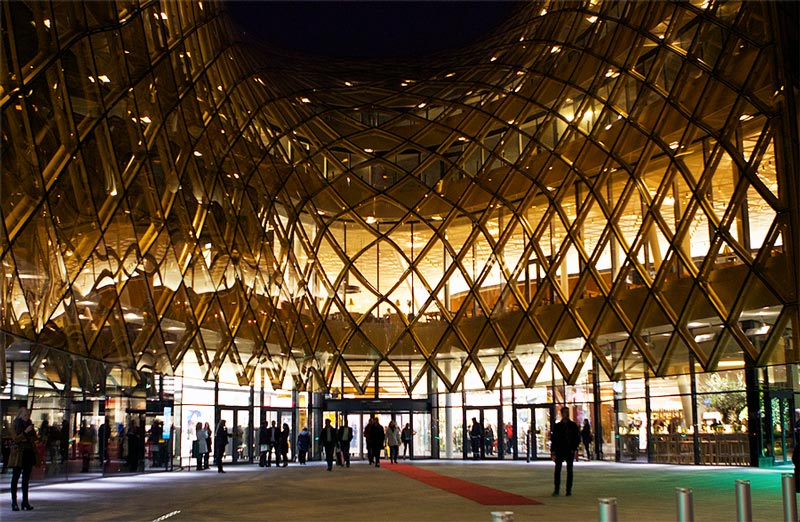 The roof of the Emporia shopping center is something that was not forgotten by the designers. It features a park with sedum, prairie grass and trees and patios that are sheltered from the wind. It is accessible from the inside of the shopping centre, as well as from the outside. The plans for the roof have not been carried out completely so far. It is planned to offer outdoor dining and a spa.

There is room for further growth of Emporia, but not as much as one would think. The space around the shopping center is to be filled with residential buildings, so the only expansion capabilities are to the west and higher up. 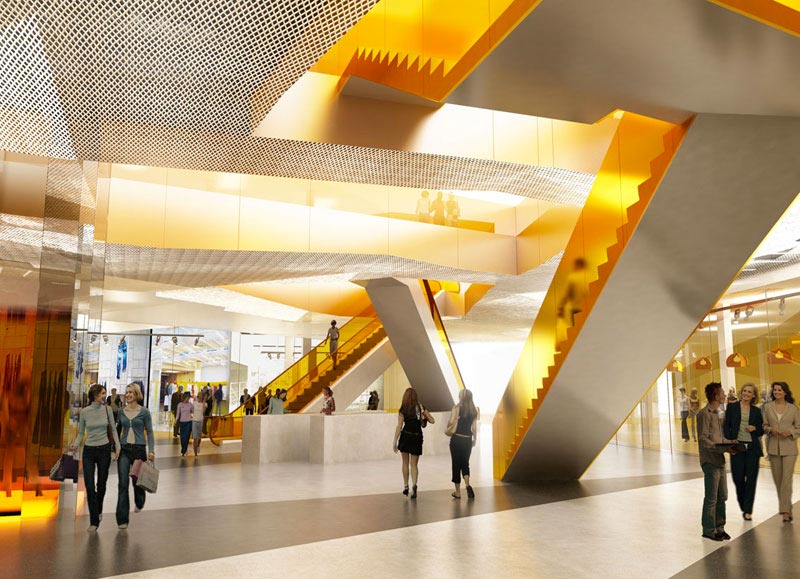 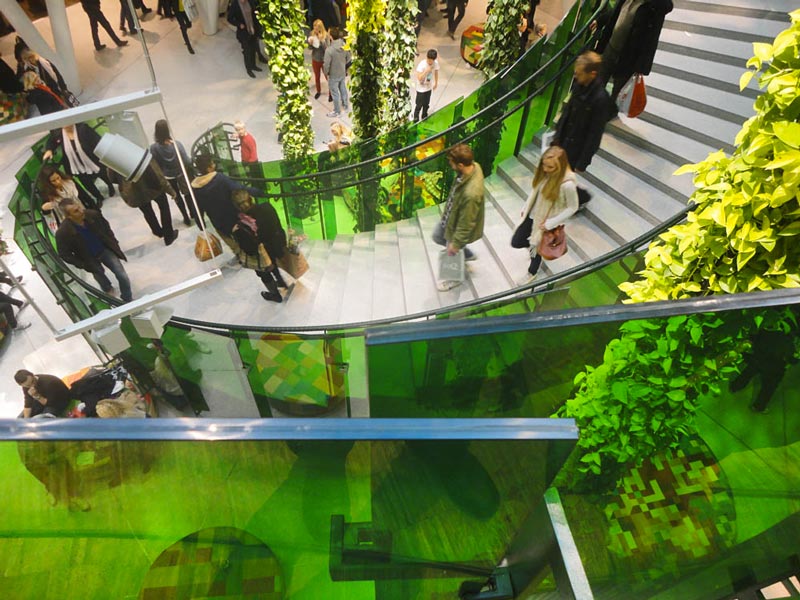 The interior is also different, discarding traditional norms regarding shopping centers. The already mentioned audacious colors work well with bending sightlines, completely moving away from the norms, but also allowing the interior designers to custom build every single feature of Emporia, making it remarkably unique. This kind of attention to details is rarely given to shopping centers.

Moving further in the same direction, the designers have included loads of artwork including a lighting installation by Petteri Nisunen and Tommi Grönlund at the Amber Entrance. The Sea Entrance is ornamented by bronze sculptures by Joep van Lieshout and a glass art piece by Silja Rantanen. The façade of the parking garage is covered with huge line painting on film by Per Martensson and the interior features photos by Signe Maria Andersen. watch video below 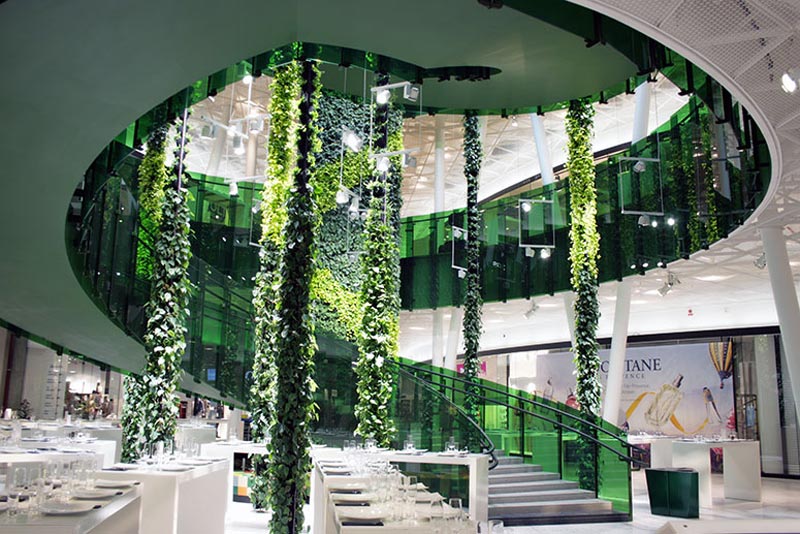 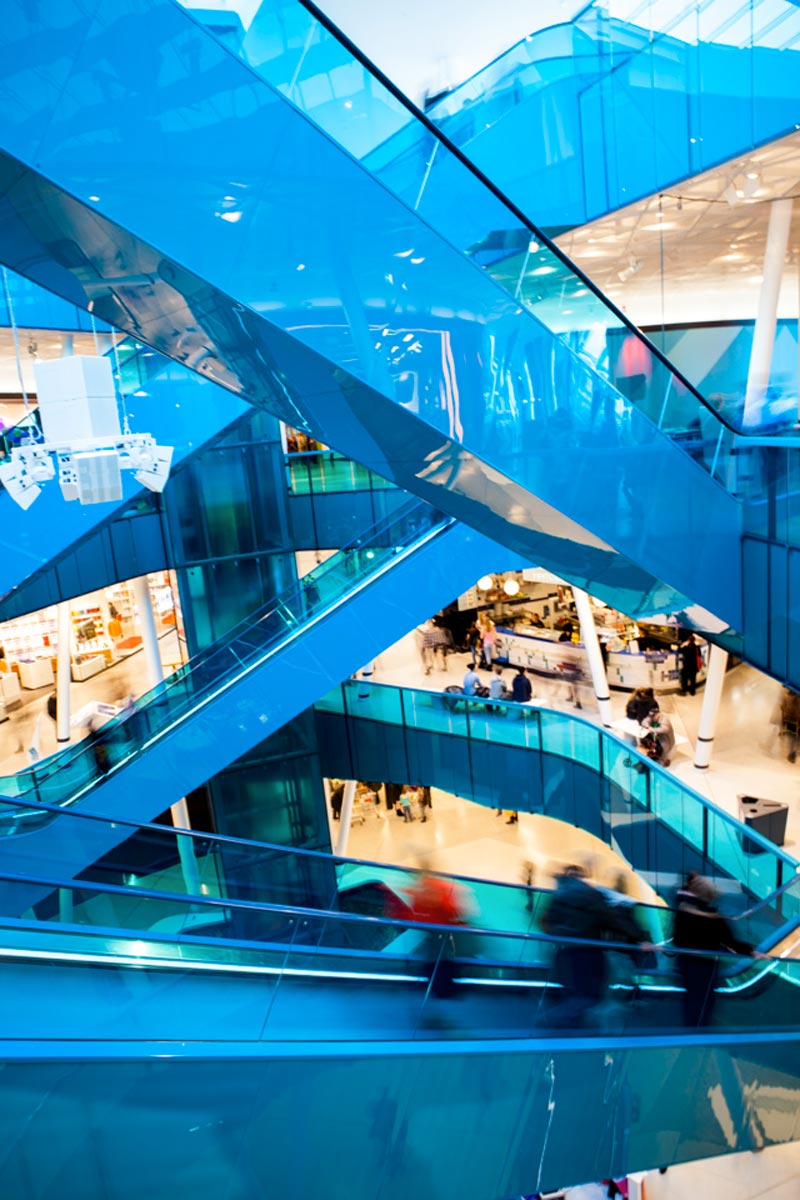 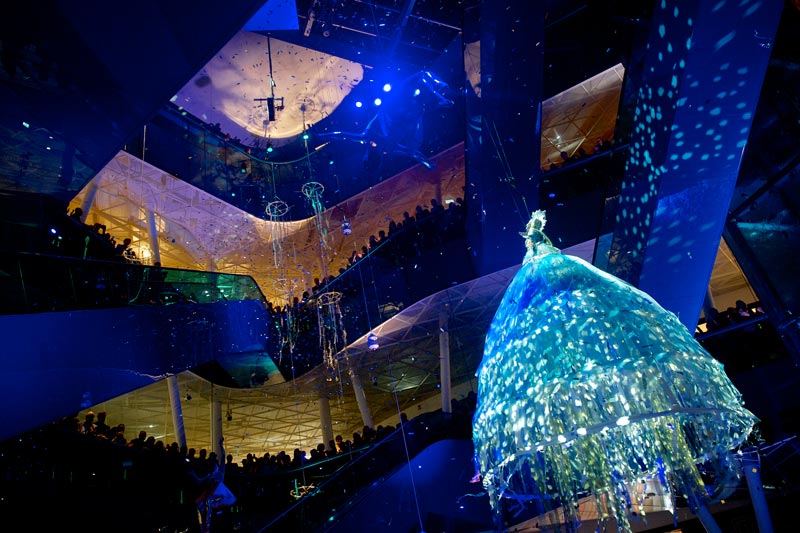 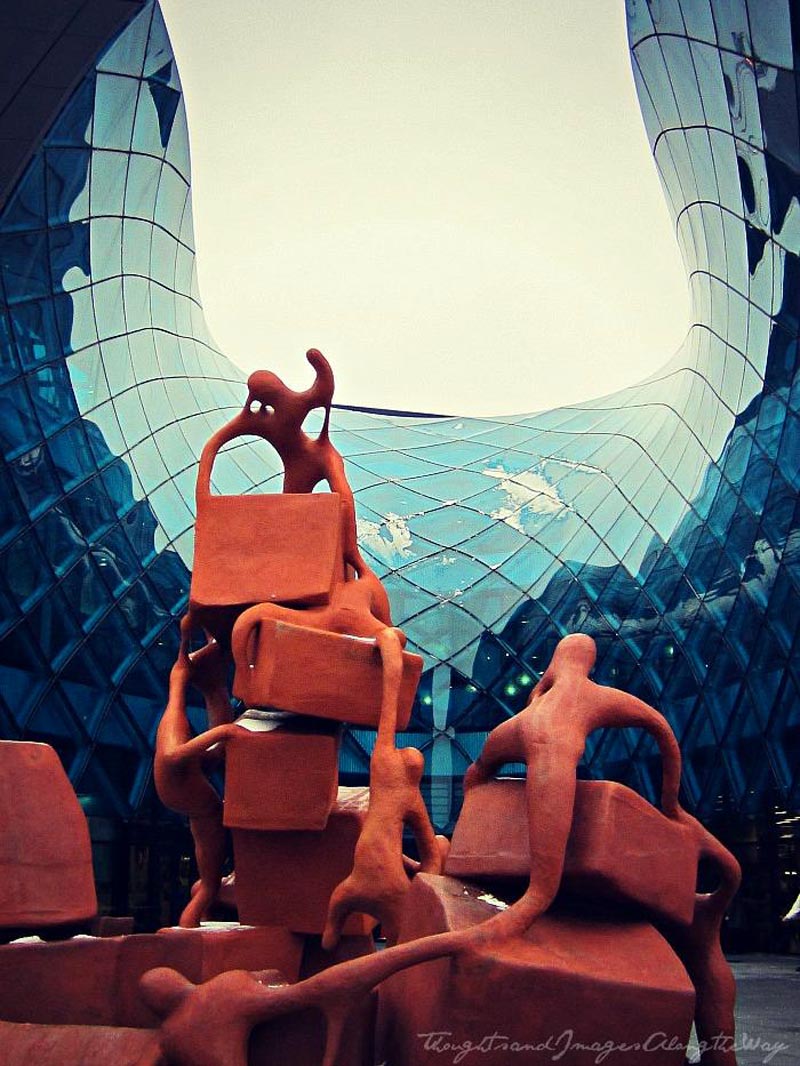 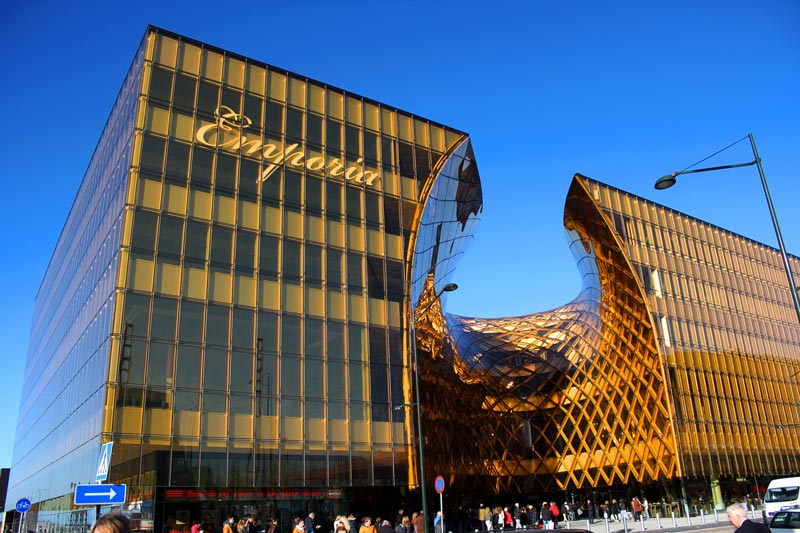 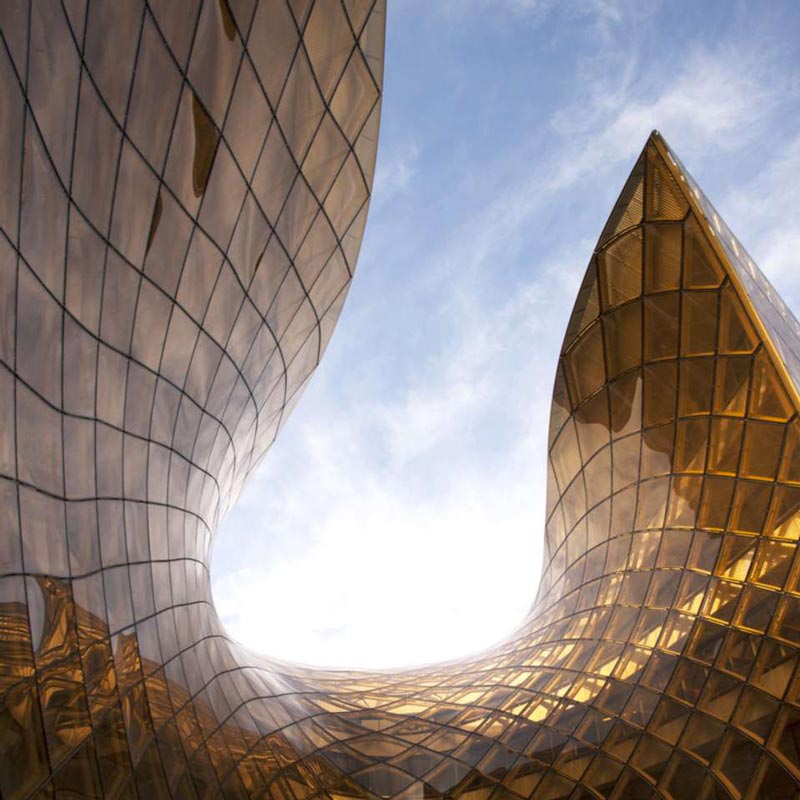 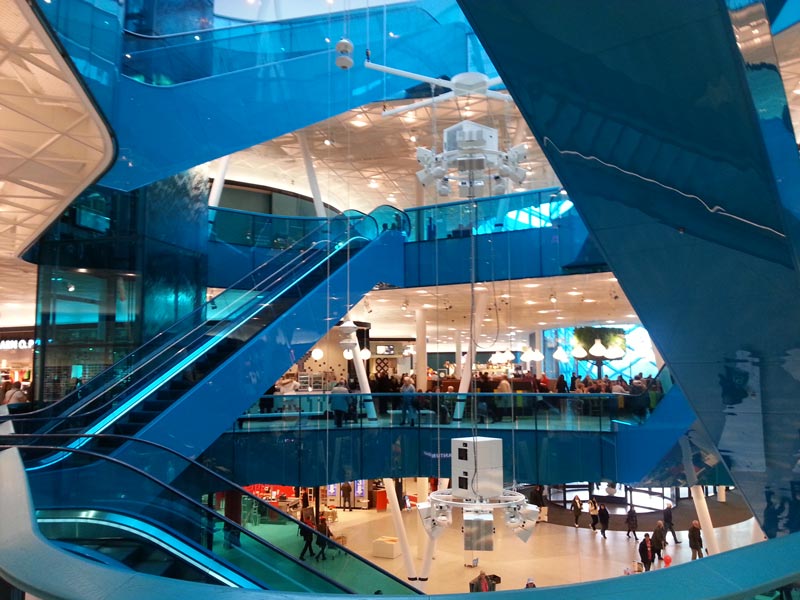 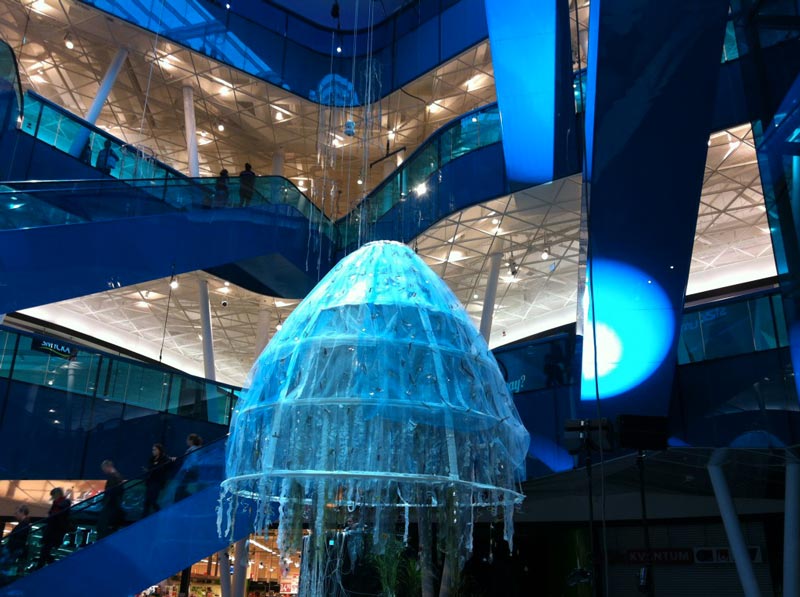 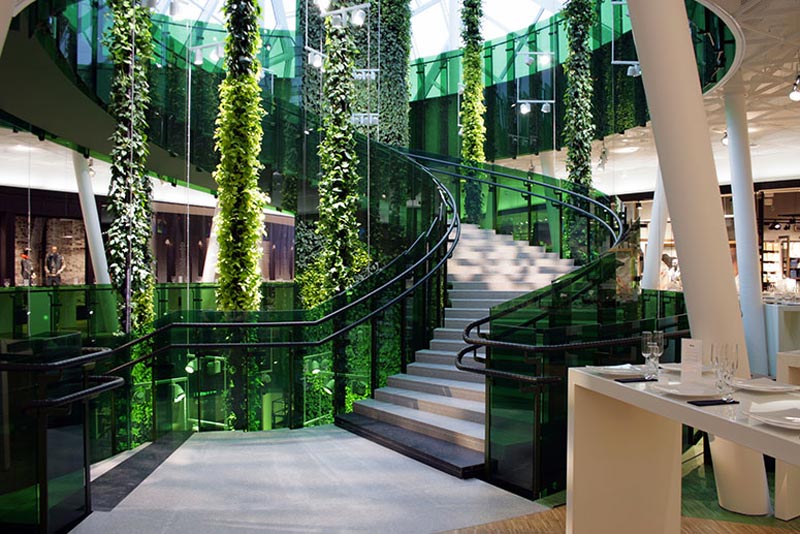