If you scare easily, this article is not for you. Seriously! Look away or skip to the one that is more in tune with your placid nature. On the other hand, if you really don’t mind staring death in the face, and El Caminito del Rey in Spain is your cup of tea, you should definitely continue reading. Dubbed “as one of the scariest walkways on the planet”, this track is pinned along the extremely steeps walls of El Chorro gorge, located in the province of Malaga.

Parts of El Caminito del Rey (in English: The King’s Little Pathway) were closed for over a decade after falling into disrepair. Extensive renovation lasted from 2011 and 2014, and, for all your daredevils, we are happy to report that it will reopen in early 2015. By the way, the track was originally built for the workers at the power plants at Chorro and Gaitanejo Falls and it was also used to transport materials. The construction lasted nearly five years (from 1901 to 1905). El Caminito got its name after Spanish king Alfonso XIII walked across it to get to the inauguration of the Conde del Guadalhorce dam in 1921. 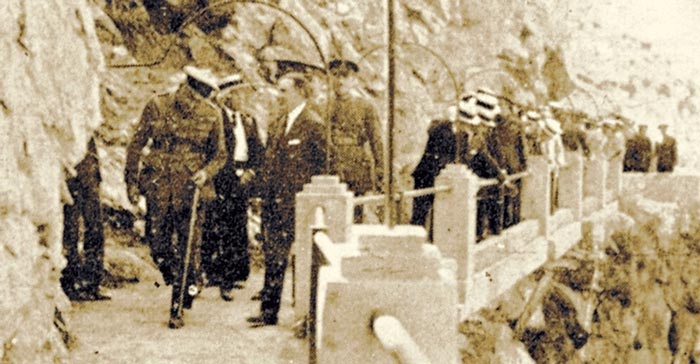 El Caminito del Rey is only 1 metre (3.3 feet) wide and it stands 100 metres (330 feet) above the canyon floor. It is made from concrete, resting on steel rails. After several people lost their lives trying to cover the track in 1999 and 2000, the local authorities decided to close the entrances, and, in 2011, they made a decision to renovate it. Not only that, the €9-million-restoration project also includes building a car park and a museum. Many of the original features have not been changed and the old design, albeit improved, is still in place.

Just like his great grandfather Alfonso XIII, the new Spanish king Felipe VI is expected to inaugurate El Caminito once the restoration is completed. watch videos below 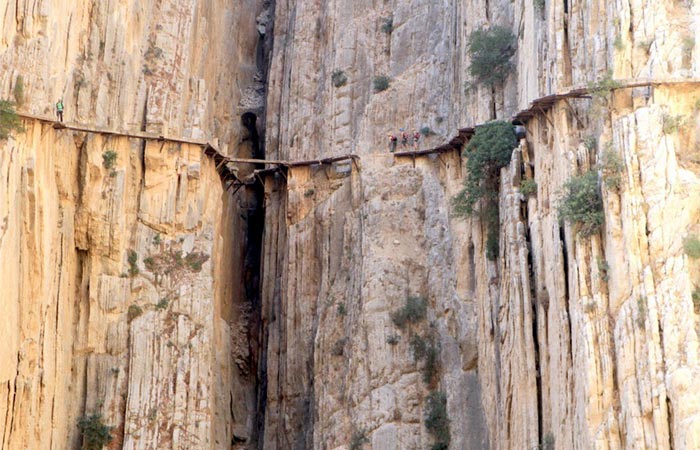 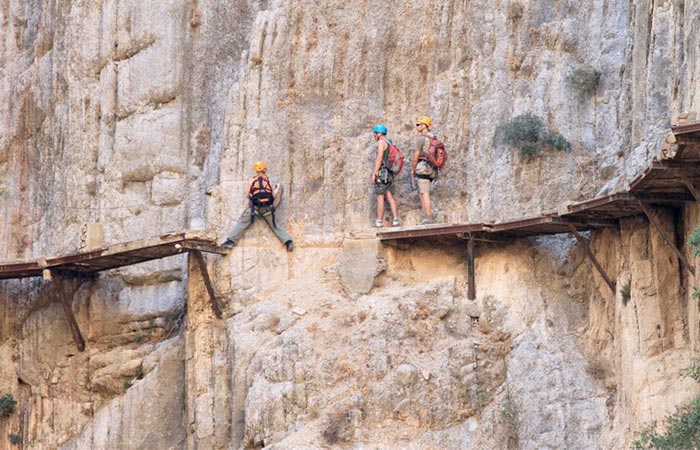 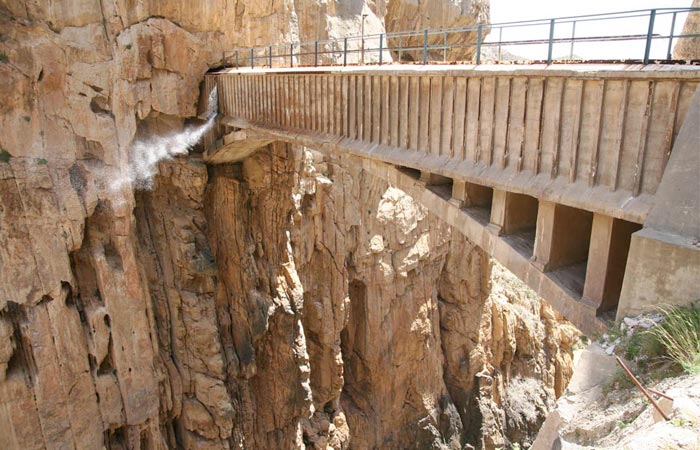 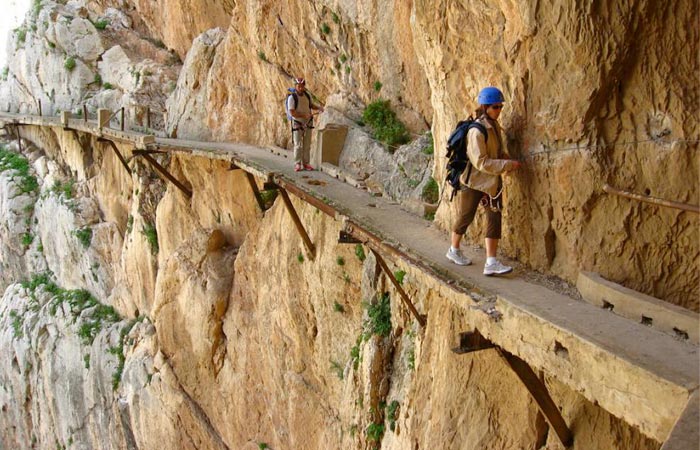 Video below is a POV of an adrenaline junkie who completes the Camino Del Rey without harness.