Ehang, the Chinese company that makes drones, unveiled something very special at CES 2016. Their Autonomous Aerial Vehicle (AAV) Ehang184 can transport one passenger while operating the normal flight plan. This drone is powered only by electricity and was created using green technology.

Ehang184 weighs 440 pounds and has an 18 feet wingspan when fully unfolded. This drone is made from composite material, carbon fiber and epoxy. Its 142-horsepower electric motor can develop the average speed of 60mph and carry a person for as long as 23 minutes. 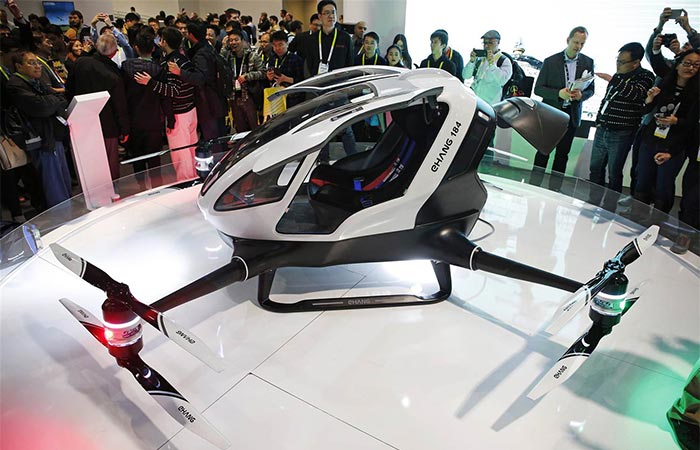 With the Ehang184,  safety comes first. Four arms and eight propellers make sure lifting is efficient. Ehangen fail-safe system is there in case something goes wrong. That means if anything disconnects or stops working, the drone will land immediately to the safest and nearest area. Also, this drone has multiple power systems, so the drone can fly even if one stops working.

The cabin is built for a comfortable flight and the drone will provide steady flight in windy conditions. Each propeller has its own light, so the drone is highly visible at night. 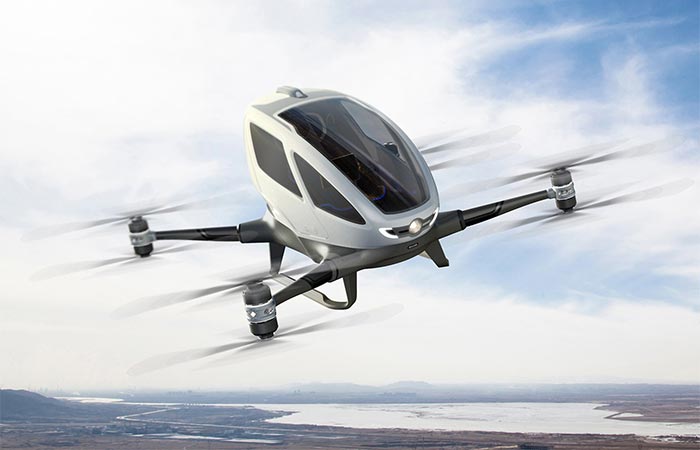 This drone has four arms, eight propellers and can carry one person.

Ehang184 is totally automated and can be controlled through a mobile app. The company made it work with a passenger having no control during flight. According to Ehang, this will eliminate “the most dangerous part of standard modes of transportation, human error.”

This app is very easy to use and one click is enough for it to take-off and land. The Ehang logo will show landing targets and the camera will position them accurately. The drone uses real-time sensor data to maintain the course and takes off and lands vertically. 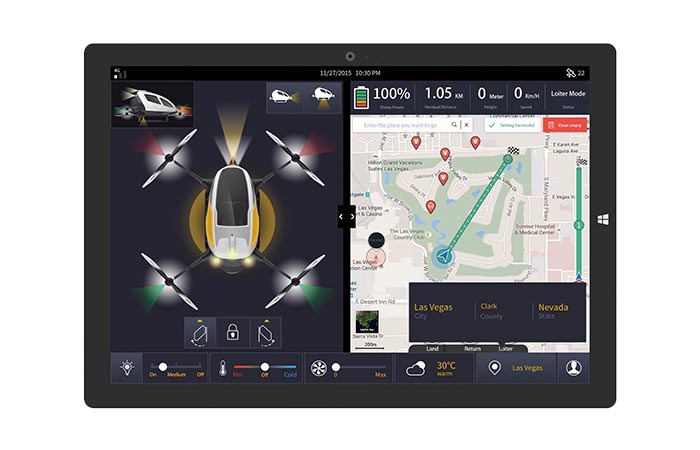 Ehang184 is fully automated and controlled using an App.

The company is building a command center that will keep track of every flying vehicle. This way, in case of extreme weather conditions, the center will prohibit flights and instruct the safest landing.

The release date and the price is yet to be confirmed.

Check out this video to see how Ehang184 was developed.