Bugs, bees, ants, worms, beetles, mosquitoes, spiders, locusts and other creepy crawlers can be a true nuisance, and unless you’re a professional entomologist or an insectology enthusiast, there’s a good likelihood that you will very much dislike, fear or outrightly hate them. But what if we told you there’s still a way to deal with your insect-related aversions or phobias and transform your mental associations for ghastly bugs to something truly delightful and inspiring?  In fact, there is a way to achieve this, and it’s simple as it gets: instead of secretly wishing to catch all the little crawly buggers on the planet and then slowly fry their brains out for daring to intrude your home, scare the bejesus out of your kids, partners or pets and keep you awake at night, you may actually want to, well – give them a real try. As in, deep-fry try. Or a try with a curry stew, white chocolate, or some light cream on top. Yes, you read that right: you may actually want to try and eat a bug – and according to naturalist and esteemed bug chef David George Gordon and his The Eat-a-Bug Cookbook, once you do, you are certain to come back begging for second helpings.

Entomophagy, or bug-eating, is not a new idea as it has a long tradition in a number of ancient and modern civilizations; the author of The Eat-a-Bug Cookbook says, “80% of the world eats bugs in some form, and we’re really the weirdos because we don’t eat bugs. Western ideas about taste are pretty narrowly-defined.” Plus, it’s a well-known fact that insects are very nutritious, full of protein and also highly sustainable as a form of food – various research papers state that bug farming is much more environmentally friendly than breeding and harvesting most other foods. And according to Gordon, bugs may look hideous only on the outside, but sure are damn tasty once you cook them right. So, really, why not give it a try? 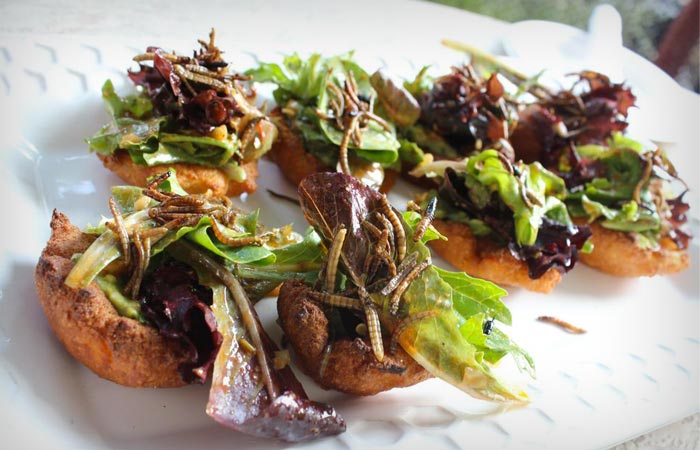 Reprinted to mark the 15th anniversary of the first issue of the insect cookbook back in 1989, the revised edition of The Eat-a-Bug Cookbook contains 40 recipes on the ways to ‘cook crickets, grasshoppers, ants, water bugs, spiders, centipedes and their kin’, as well as a bunch of marvelous photos to illustrate the delicious bug-infused dishes. In addition, the 136-page unique cookbook contains a wide range of details and essentials related to bug cookery, including a number of in-depth essays on entomophagy, list of references and places to purchase insect supplies, information updates on the benefits of bug-eating on human health and the environment, as well as a handful of interesting anecdotes, tongue-in-cheek insights, serving tips and culinary suggestions, and also some practical DIY how-tos on raising your own little bug farm.

So, if you’re even mildly intrigued by the idea of the bug-based cuisine and are willing to give it a go, grab the cookbook and pick a dish you find most appealing – you’ll find that the bug-inspired diet is extremely healthy, surprisingly inexpensive, highly eco-friendly and above all – incredibly delicious. 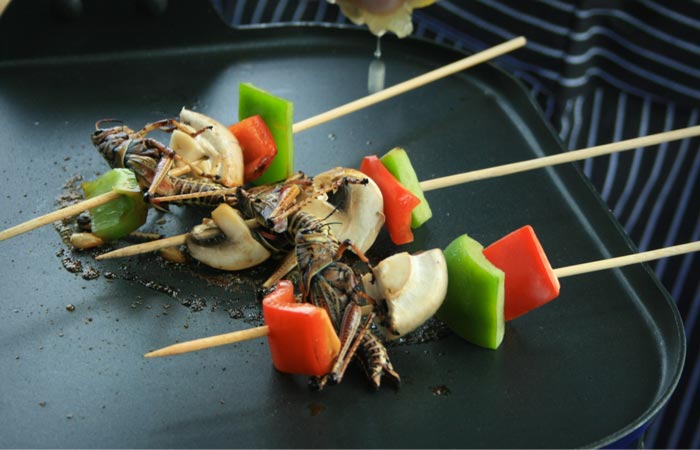 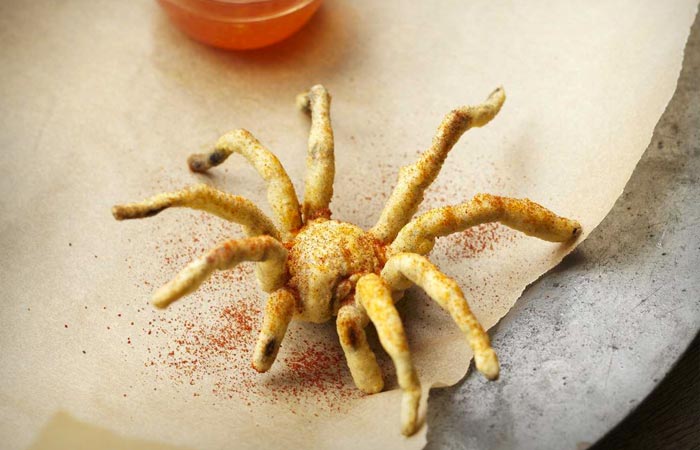 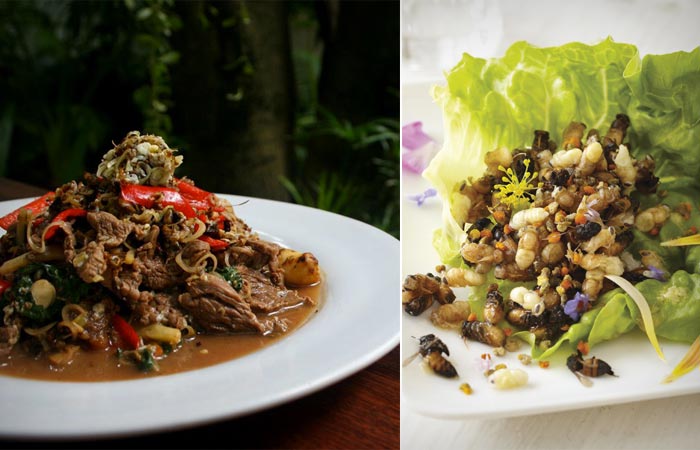