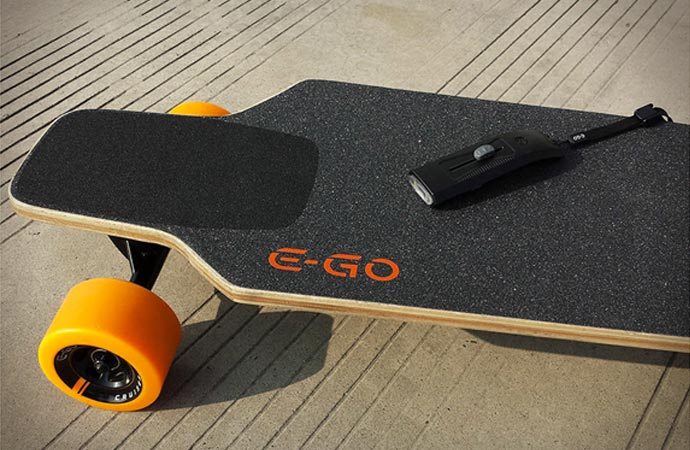 Another take in the electric skateboard field comes from Yuneec International and it is called the E-GO Cruiser. Now, knowing that this company managed to develop an electric aircraft called the GW430 should mean that even the skateboard is something remarkable.

The E-GO has a 400W motor that propels it. The movement is controlled by the ECU that includes high-tech software, but also the hardware that has to be sturdy to deal with everyday outdoor use and protect the software inside. The ECU is controlled using the wireless remote controller and it communicates with the in-house built motor and battery.

The battery is a great thing as well. It can power the motor to give you the range of up to 30km per charge. The charge lasts 3 to 5 hours. However, appropriate casing was necessary and this is where the manufacturers did a great job. The casing is waterproof and flexible, the later feature meaning that it changes its shape as the deck moves and twists which means that it is a lot more reliable. 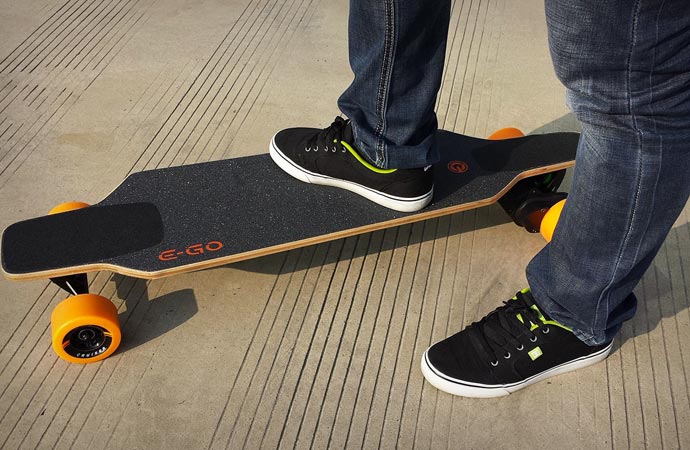 The controller is light and ergonomically designed. It is packed with necessary features and it is enough to control all the aspects of the E-GO. Featuring an auto sync lock system, it also has LED lights that provide varied information, it lets you set riding style and speed and it also has a flashlight which can be very useful in low light riding on something that is so small and inconspicuous and yet fast enough. In addition, the controls are surprisingly intuitive. You will have absolutely no problems controlling the E-GO.

The controller itself weighs only 60 grams, but the entire pack is a bit over 6kg. We cannot say it’s really unnoticeable but, compared to other electric skateboards, it is lighter and easier to operate.

In all fairness there are some aspects that might be better – such as the backward movement which requires you to completely stop moving forward in order to get to the reverse mode – but the E-GO is probably the best product of its kind on the market and it is bound to get only better in time. watch video below 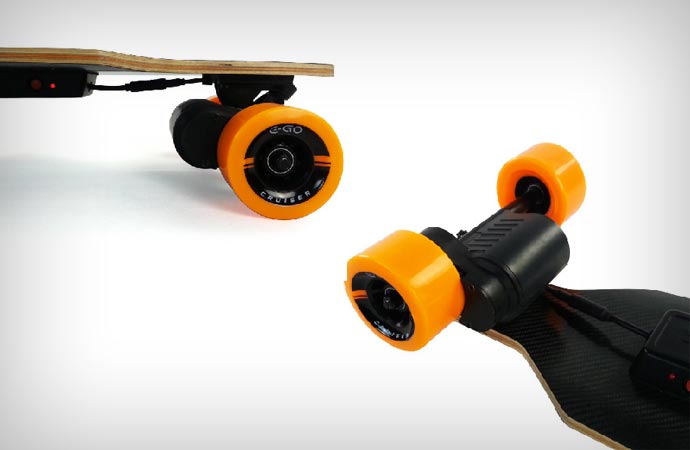 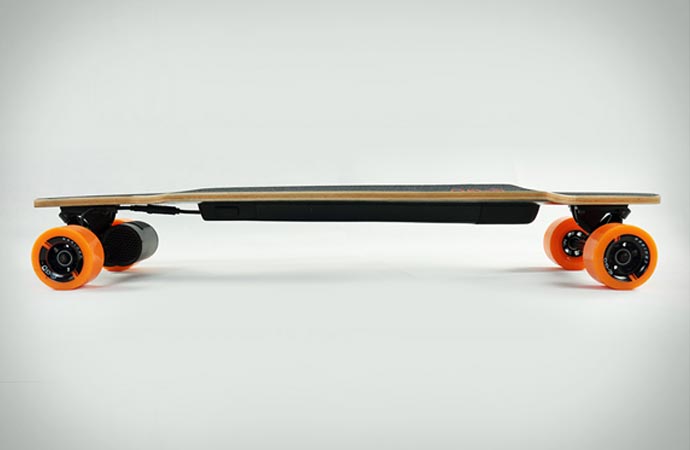 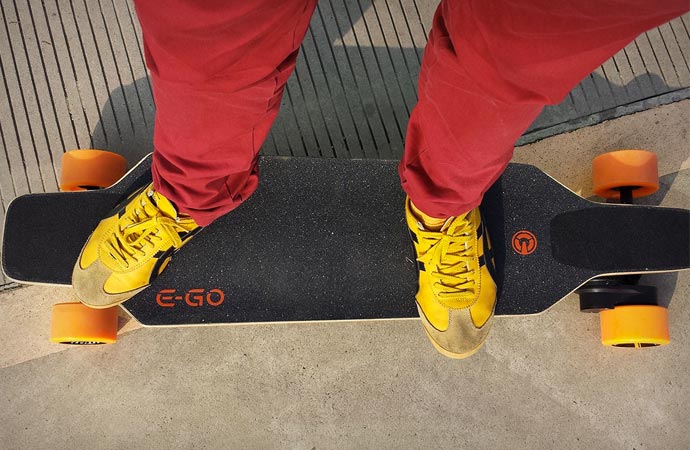 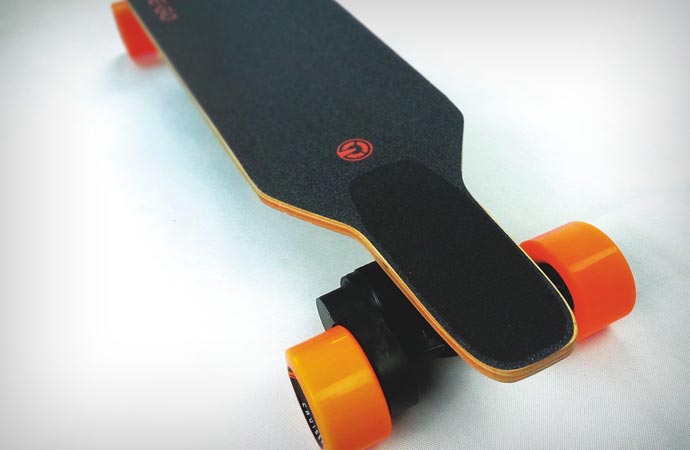 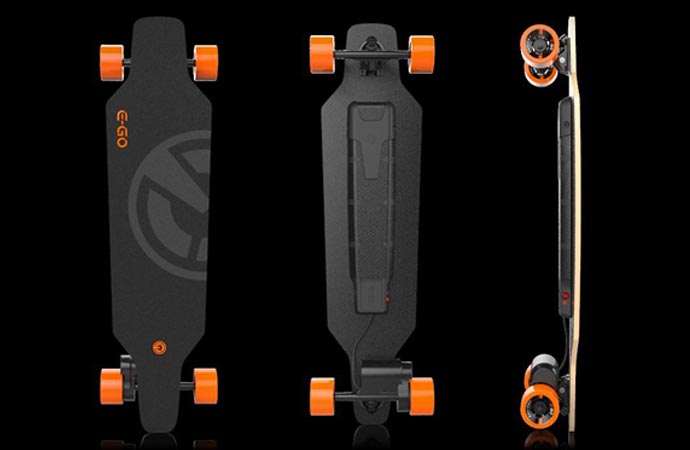