Winston Yeh’s Taiwan-based motorbike customizer Rough Crafts is world famous for original Harley overhauls and one of their best known renditions is the all-hailed Iron Guerilla. Now, the Taiwan workshop has produced another spectacular motorbike, the so-called Dyna Guerilla which draws inspiration from its Iron predecessor but adds some neat finishing touches to enrich the design and boost the two wheeler’s performance on the track.

Building from the core of a stripped-down 2009 Fat Bob, Yeh and his team built a striking, all-black piece of art on wheels that incorporates a torquey 1584cc v-twin engine and a slightly adjusted frame, all combined with 49 millimeter titanium-coated forks and all-black Arlen Ness 10 Gauge wheels with Hot Legs fork legs shod in Guerilla’s signature Coker/Beck Style 5.0×16 inch tires. 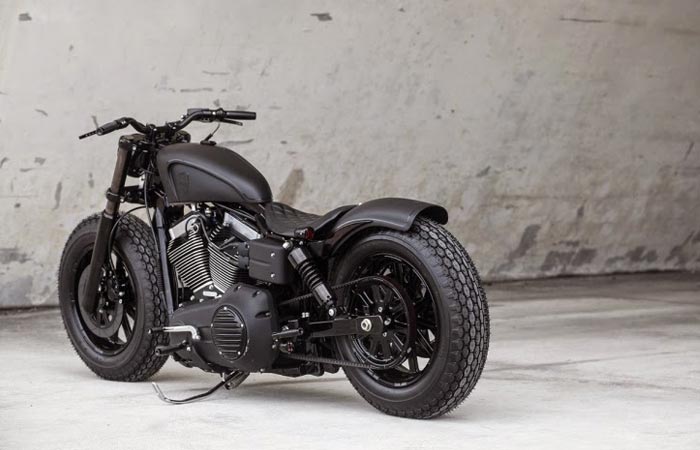 To improve the bike’s stance, Yeh threw in the Progressive lowering kit at the front and a set of Progressive shocks at the back, and just for the sake of unparalleled performance and some extra style, he also added a Lyndall Brakes composite brake rotors in strong billet caliper housings, Rocket Bobs Voodoo fender kit and Harley-Davidson Forty-Eight unit with the Grill headlight with corresponding turn signals and tail light for maximum on-road visibility and refined design. 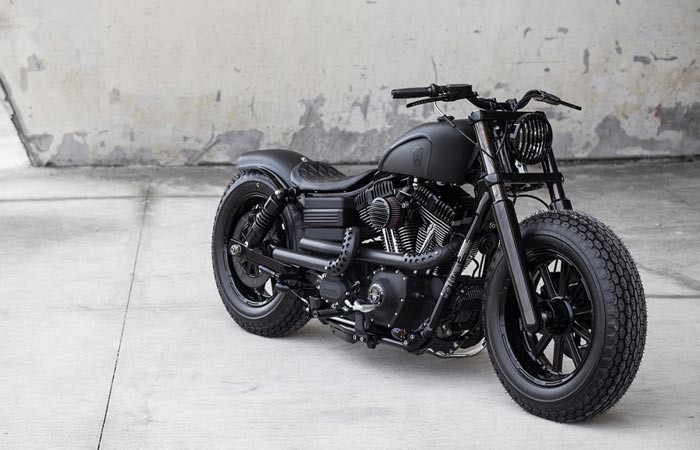 But Rough Crafts wouldn’t be so hot globally if they stopped there – the lengthy list of their finishing-touch upgrades includes the Fighter handlebars with signature risers and grips, Rough Crafts Performance Machine controls and a pair of the brand’s proprietary foot controls, all paired with the workshop’s proprietary fuel tank, exhaust, air filter, cap, rocker arm cover and quilted leather Diamond Stitched solo seat with detachable pillion. All this motorcycling goodness is rounded off with Air Runner Custom Paint number on the graphics for pure blacker-than-black awesomeness, so it’s no wonder the bike was sold even before its assembly was completed. 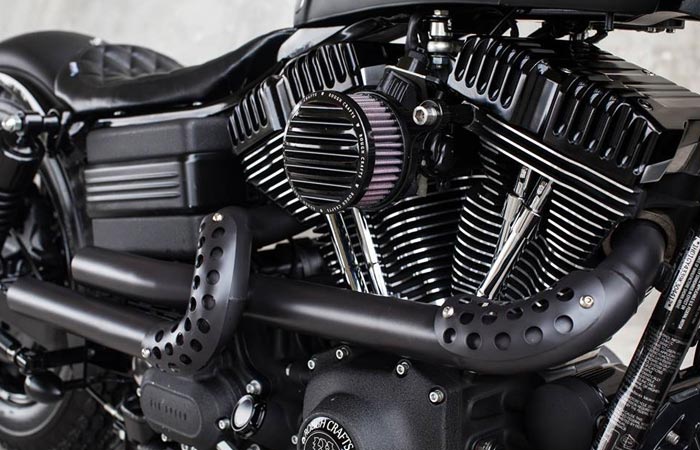 With their sleek and tough Dyna Guerilla Fat Bob, Rough Crafts pretty much remains on the right track to worldwide customizer glory – and if you want to check out their latest state-of-the-art creation on wheels, head over to their Facebook page for more images and specs of this road-smothering beast. [via] 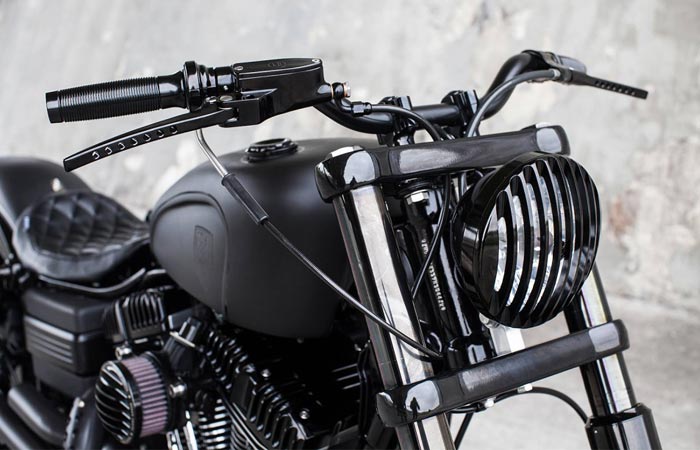 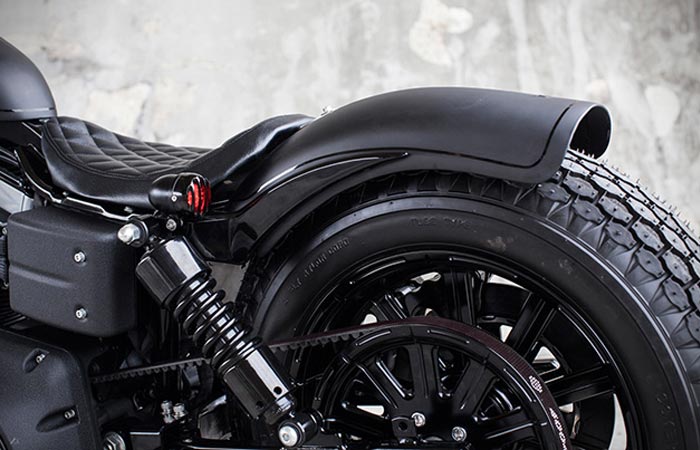