Every now and then, we stumble across a customized bike that was just simple meant to be and we feel that its place is right in the world. That is exactly the case with the Iron Pirate Garage Ducati SS 750 Kraken.

Based out of Empoli in Italy, Iron Pirate Garage just seems to have a way with bikes like no other and the owner of the garage, Luri Castaldi is truly a man with broad imagination and impeccable vision. 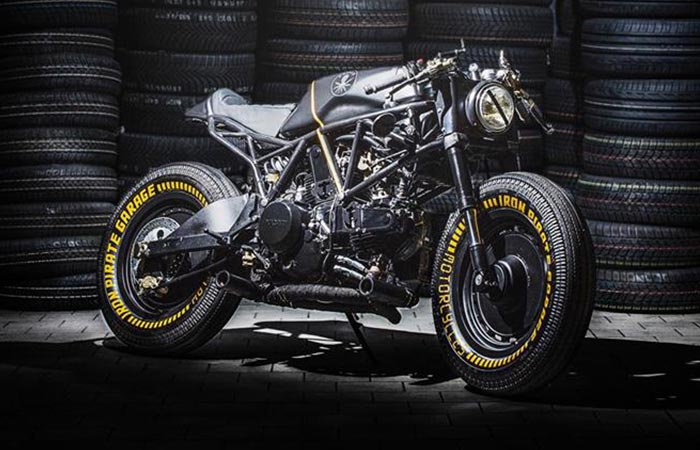 By using a mixture of smart geometry, angular accents and dashes of color, Iron Pirate Garage manages to bring “The Kraken’s” form out of the darkness.

“The Kraken”, as this particular bike was dubbed, is based completely on the Ducati SS 750 but has been drastically modified to throw out the original look and be created into a ride that’s worthy to behold. Luri has been known for his challenging styles in bodywork and this can clearly be seen in the replacement of the rear sub-frame that has been hand welded to fit the customized look. 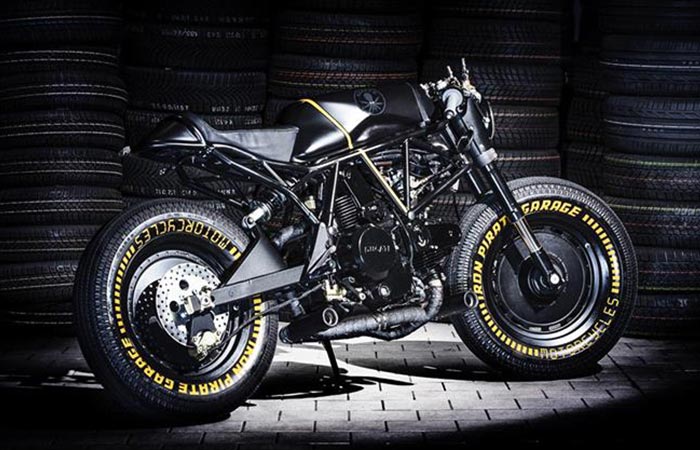 Even though this bike is all black in color, Iron Pirate Garage somehow managed to accentuate its features by using a singular yellow line to break up the darkness while using angular accents and smartly designed geometry to bring out the overall shape of the bike. Check out video below. 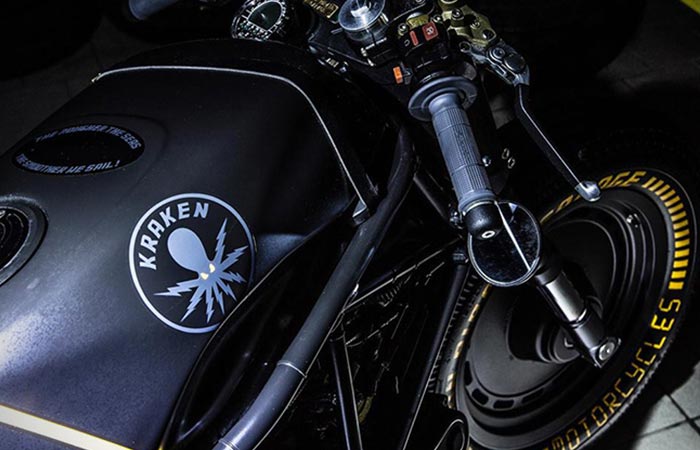 We couldn’t help but notice that the Kraken decal looks awesome and the words, “The rougher the seas, the smoother we sail!” was just an awesome edition to an excellent bike.

To make this bike all the more unique, Iron Pirate Garage decided to remove the old exhaust pipes and replace them with horizontally facing exhaust pipes. On the tank there is a decal of the kraken and just below the tank strap, words are printed that says, “The rougher the seas, the smoother we sail.” Now, if that isn’t an exemplification of coolness, we don’t know what is. watch video below