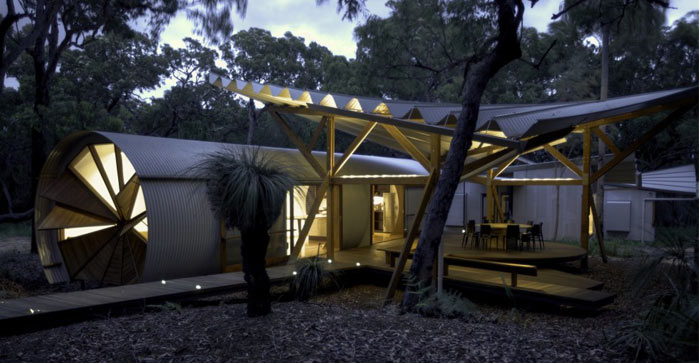 On the east Australian coast, near Gladstone, the Drew house is located. It’s the property of Australian photographer Marian Drew and her brother Derek, who use it as a retreat on weekends. They used to spend a lot of time in this area around Seventeen Seventy (a village in Queensland) with their family, so they wanted to revive those memories; therefore they decided to turn it into something that will serve them as a camping retreat.

Simon Laws of Anthill Constructions divided the Drew’s residence into two separate parts, so the family can actually enjoy camping, surrounded by lush vegetation. The Drew house now consists of two pods, designed for sleeping, a bath house, and a long tube-shaped edifice, where the kitchen and the living room are placed.

In order not to cause negative influence on the surrounding nature, the entire construction was built off-site, except for the prefabricated roof and decks, which were assembled on the spot. The roof is made of Aramax metal sheeting.

Most of the structure- decks, the interior flooring and exterior support frames are made of Australian hardwood, whereas the bathing and sleeping pods, sidewalks and outdoor living area were manufactured in Brisbane using efficient materials, but they were later assembled at this location.

The ventilation is provided through the triangular openings and timber panels in the living room, which also makes the interior protected from excess sunlight, so the structure does not need an air conditioning system, which will keep the house cool. The rainwater is collected, and the local district recycles it and uses for everything, apart from drinking and bathing. Water is heated with the help of solar power and photovoltaics that generate energy.

Since one of the owners is a photographer, the house ought to have an artist’s touch. Marian Drew left her mark on the shower door, providing the beautiful view of the nature while taking a bath.

Considering all features of the Drew house, we come to the conclusion that this family found an excellent way to relive their memories, combining Simon Law’s skills and Marian Drew’s talent, but preserving the nature all the way. watch video below 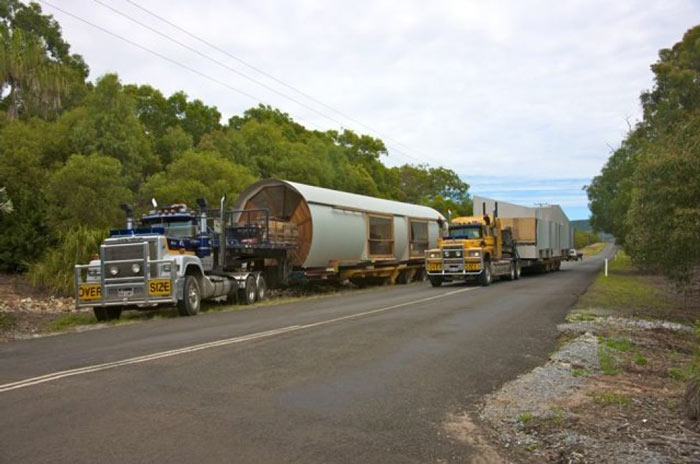 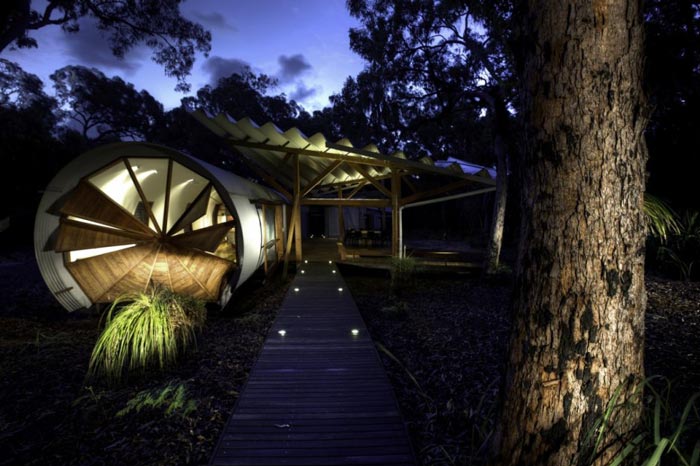 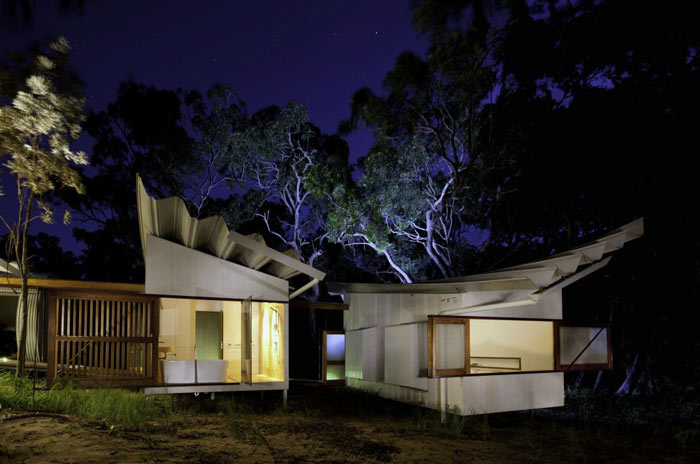 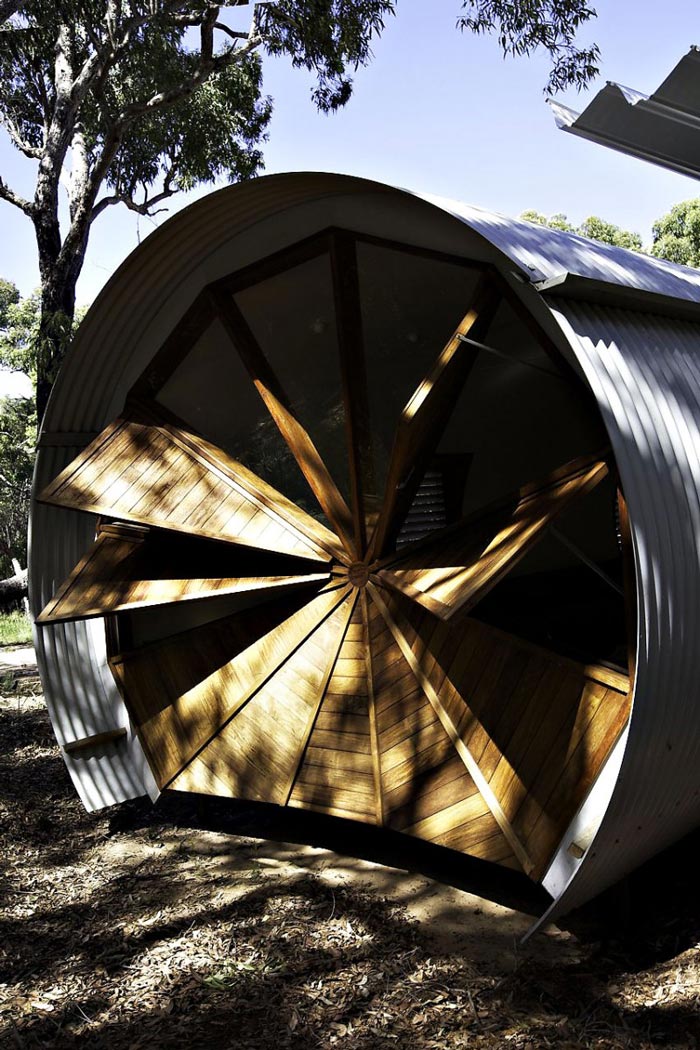 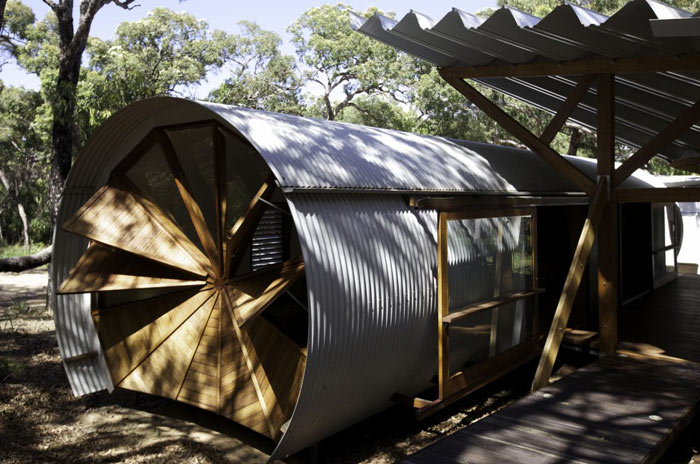 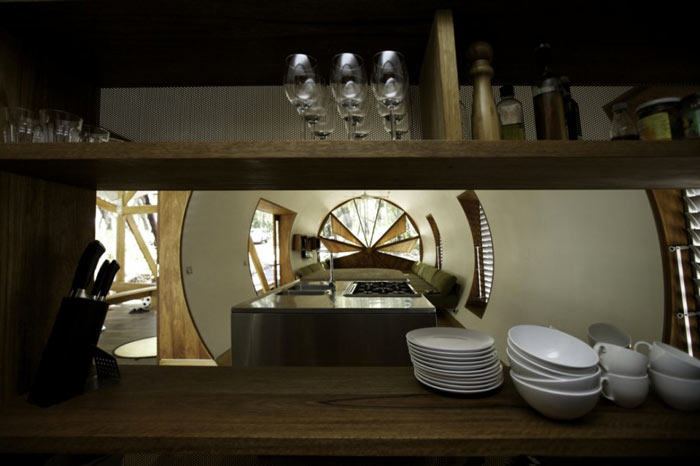 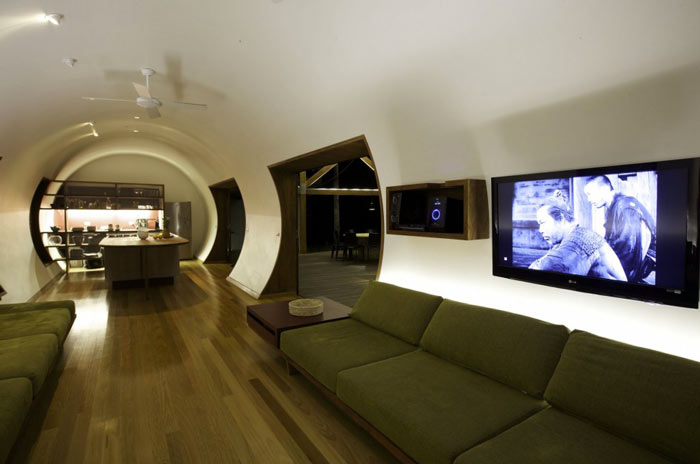 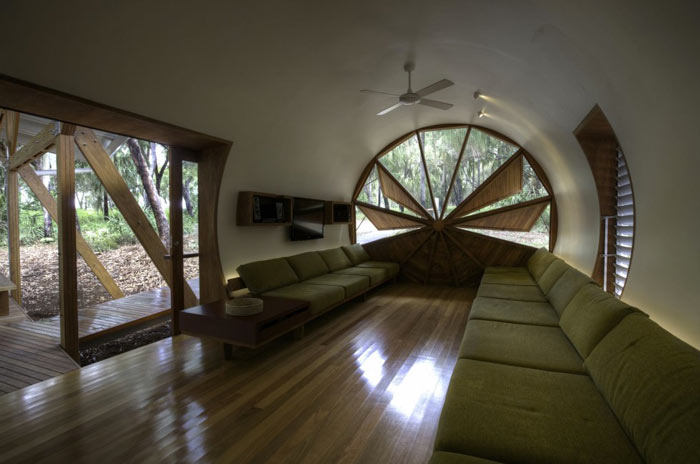 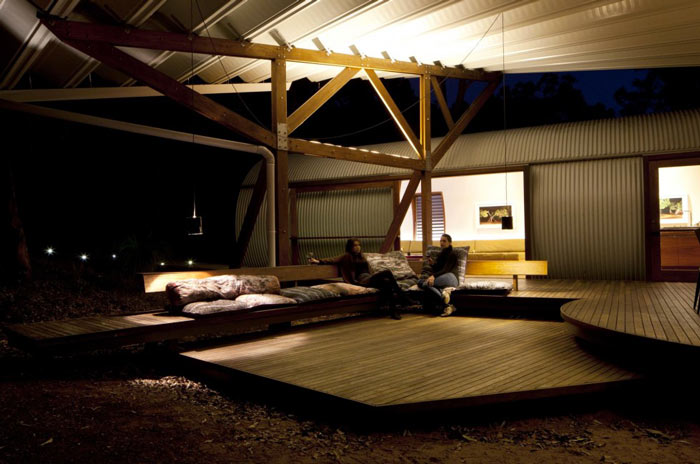 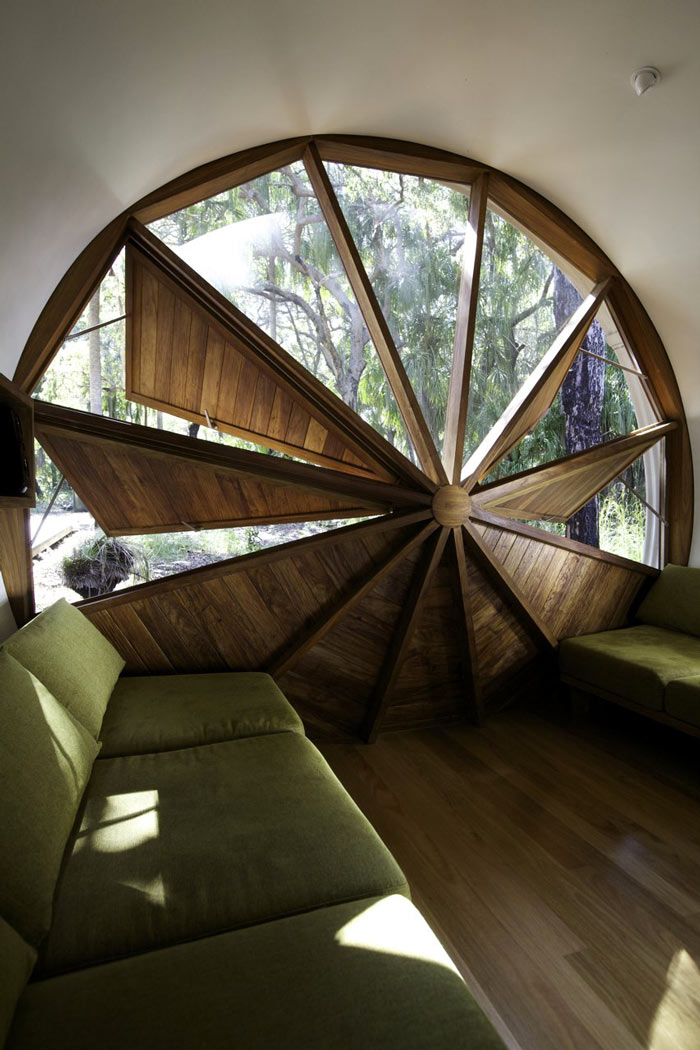 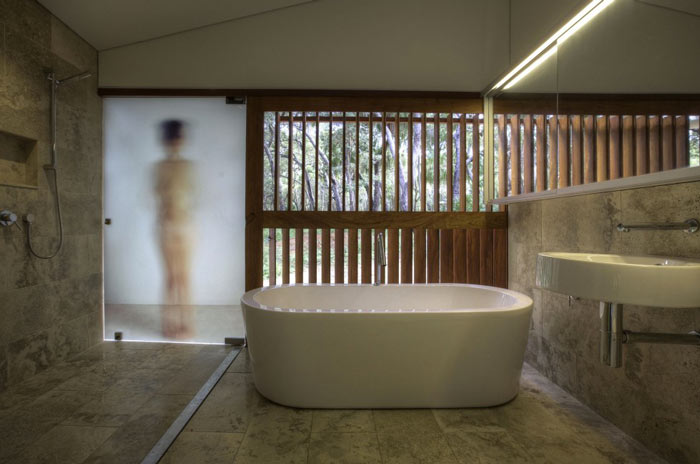 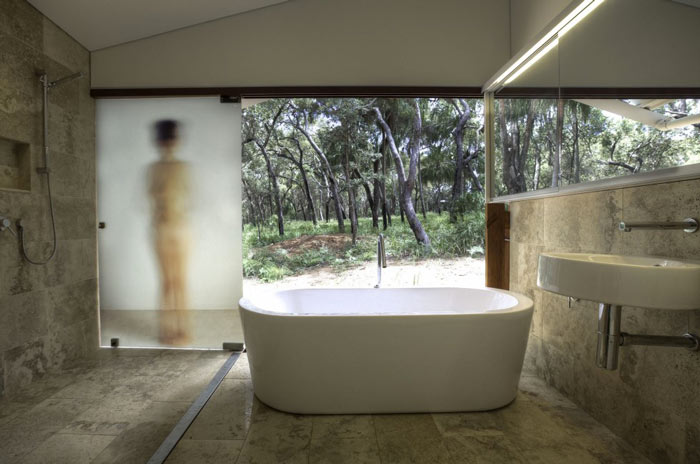 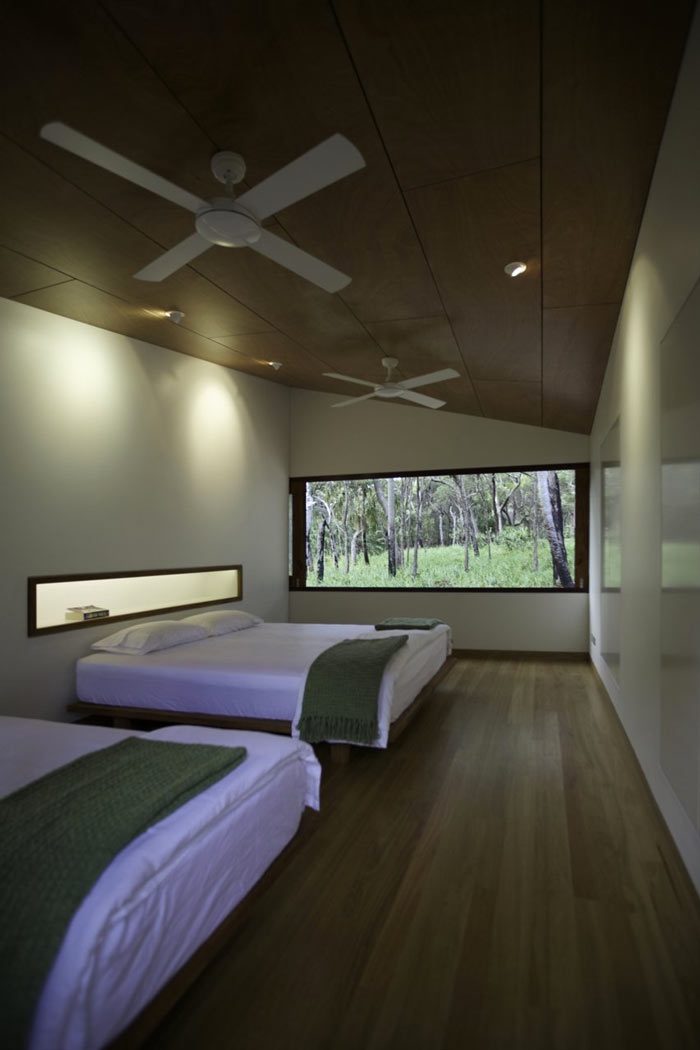 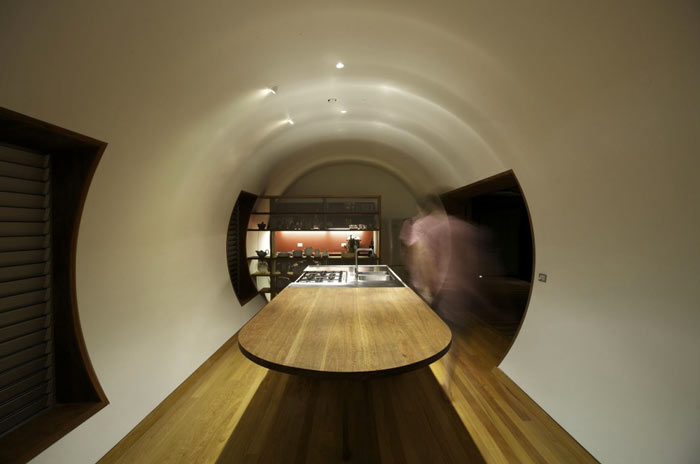 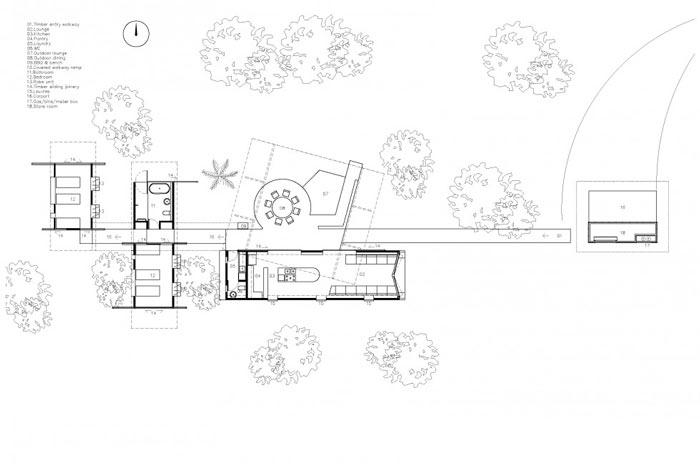