Dom’Up is an innovative suspended treehouse designed as the ultimate getaway. This beautiful and environmentally friendly treehouse was designed by a Dutch arboriculturist Bruno de Grunne and architect Nicolas d’Ursel. They also invented the unique suspension system that makes the treehouse look like a hammock.

What’s so special about this system is the fact that’s it’s very easy to install, but also that it doesn’t harm the environment. According to Bruno de Grunne “The idea is to use the inner space of the forest, between the trees, rather than the inner space of a single tree which is full of branches and obstacles”. This way, the construction won’t impact the trees. 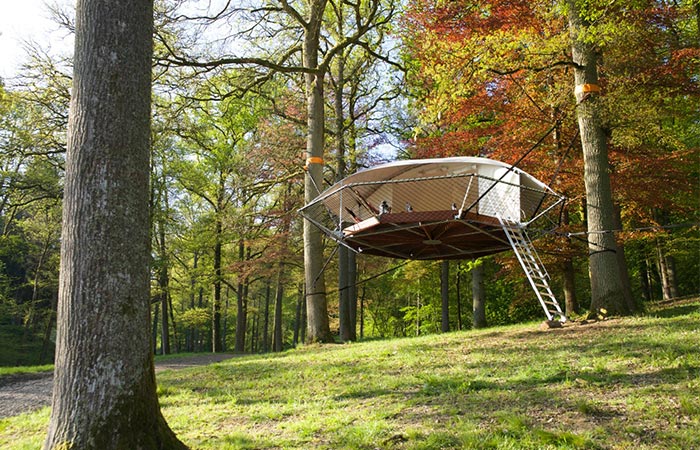 Dom’Up Treehouse has 172 sq ft and features a galvanized steel frame, thermo-welded tarpaulin roof and natural wooden floor. It also comes with a UV-resistant double canvas that can be zipped to shelter the tent. 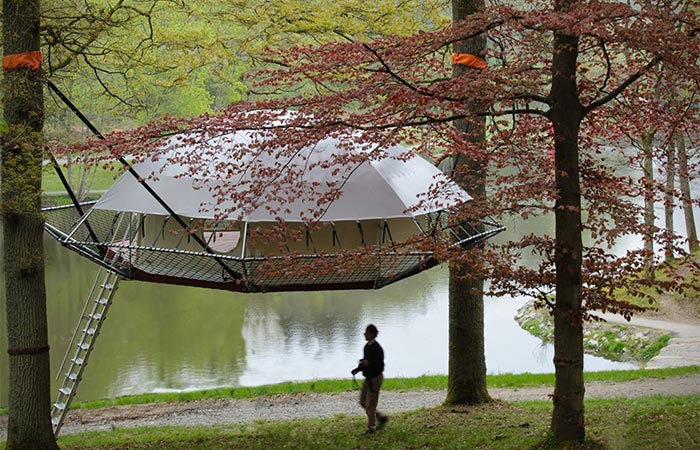 When suspended this way, the treehouse doesn’t harm or impact trees or the environment.

Once you climb the ladder you first enter a large terrace. Besides the terrace, there’s also an open room that can be used as a bedroom. Just imagine sleeping under the stars and drinking beer on that big open terrace. The plan is to release an updated version of the treehouse in the future that would include a firewood heating system. 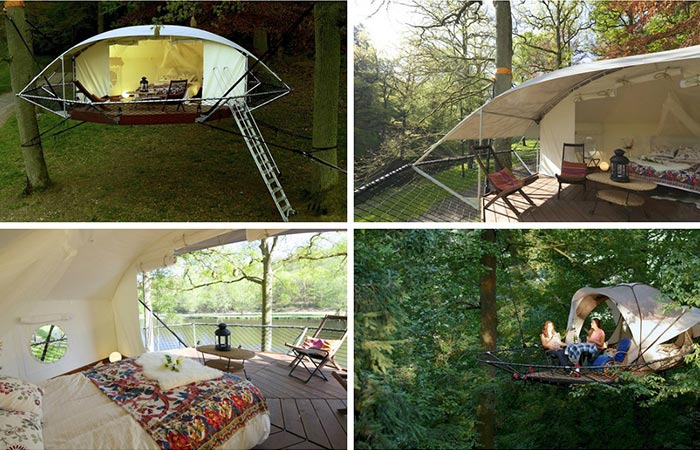 Dom’Up Treehouse has an open terrace and one room that can serve as a bedroom or living room.

Dom’Up Treehouse is very durable. In fact, the construction can last for decades but ropes and straps should be replaced every 5 years. Also, it’s good to replace the tent material once in 10 years. Good news is that it takes just two days to fully set it up. watch video below 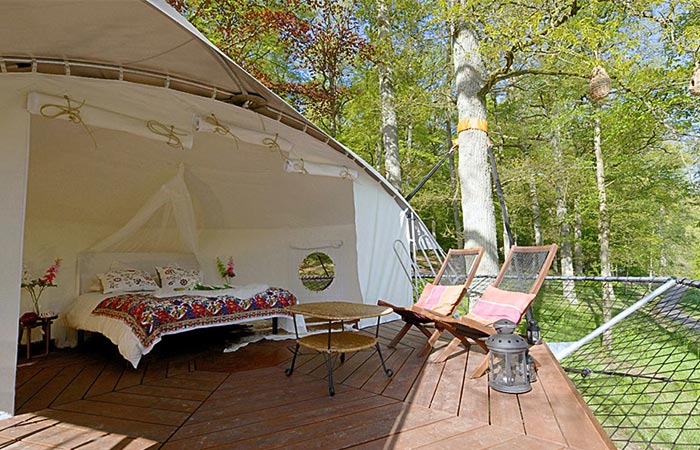 You can use the durable canvas to close the room. 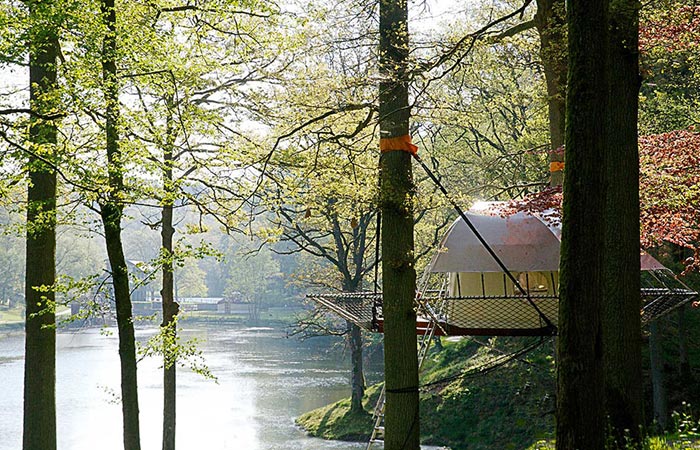