With the massive popularity gain that we have seen in the past years in regards to drones, and even the start of the first World Drone Prix in Dubai earlier this year, it wasn’t long until something like the DJI Matrice-600 would be created. For all of you avid film makers, cameramen and photographers, having a drone shoot aerial footage has always been a major bonus but the quality has never been top-notch, until now.

Needless to say, to be able to shoot professional quality video, DJI amped up the Matrice-600 and created a beast. Featuring a six-rotor system and a carrying capacity of up to 13lbs, this monster is ideal to carry the full range of DJI’s Zenmuse gimbals, which include the Zenmuse X and Z15 series cameras, as well as being powerful enough to handle their latest Ronin MX gimbal that was specifically developed for this drone. 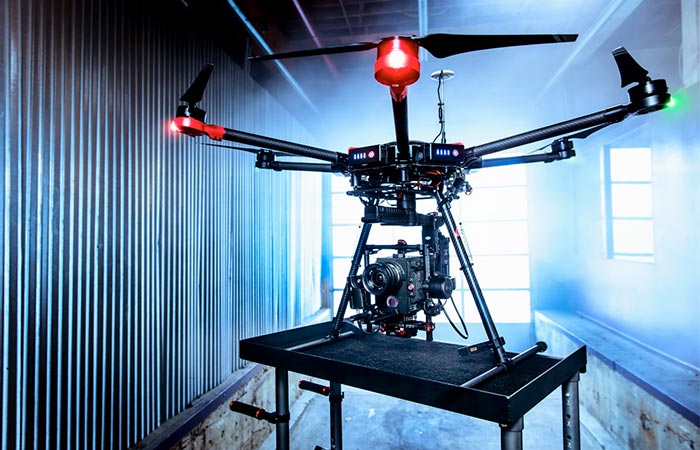 The Ronin allows you to shoot continuously while rotating 360 degrees which makes subject tracking effortless. By incorporating the Lightbridge 2 Transmission system, DJI has given us the ability to adjust the camera while on the drone which includes focusing and changes in lighting and speed. The M600 is powered by DJI’s intelligent batteries and you can expect the batteries to last about 36 minutes with their X5 camera loaded or 16 minutes with a heavier camera such as the RED EPIC. However, the batteries can be removed, replaced and recharged easily.