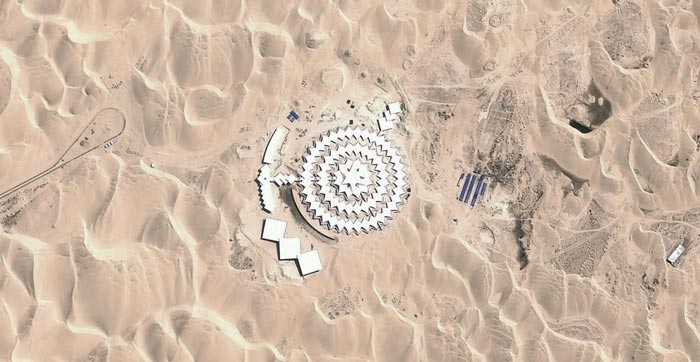 You have probably never considered the Inner Mongolia Region in China as a top holiday destination, but when you see the Desert Lotus Resort situated 563 km west of Beijing, in esoteric Xiang Sha Wan, or the “Sand Bay” of the Gobi Desert, you’ll definitely change your mind.

The resort itself looks almost unearthly, like a space ship hovering in no man’s land. But, at closer inspection, you can see a structural compound that is anchored in the huge sand dunes by panels and steel support framework. 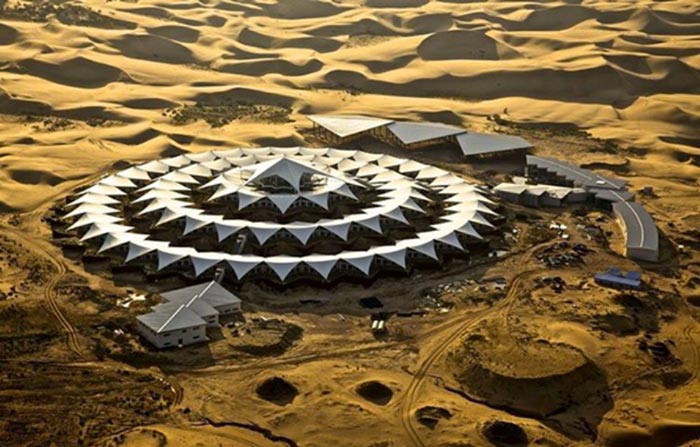 Why build a luxury hotel in the middle of a desert, you might ask? Considering that the area in which the resort is located is an industrial one (this is the site known for providing vast quantities of rare minerals), it made sense to build a beautiful hotel in the area which, otherwise, would be disregarded as appealing to tourists because of its industry.

Another interesting fact about the Desert Lotus Hotel is that no bricks, tiles, or cement or water were used in the construction. The hotel spans 30,700 square metres and reaches 40 metres in height. Despite the structural challenges that come with building on sand, the builders opted for environmentally friendly materials which utilize solar, wind and water energy. The Desert Lotus Hotel is energy self-sufficient since it generates both electricity and water while its walls and ceilings are lined with a composite derived from the dune sand. 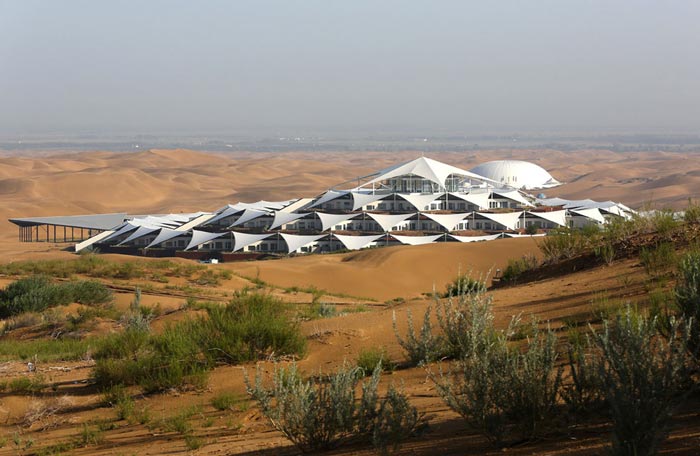 The hotel was designed by a Chinese architecture studio PLaT Architects which used the ancient Chinese concept of ‘Zhen’, or the art of repetition of identical elements. The hotel (which resembles a Lotus flower) comprises of individual units with square white canopies, rotated 45 degrees and connected together in a circular formation to provide shade and protection from the scorching desert heat. Just like any other luxury hotel, the Desert Lotus has a spa, pool, and private club.

The resort also hosts the Mongolian-themed performances, camel rides, desert surfing, desert yoga classes… Not only that, Xiang Sha Wan is also known as the “Resonant Sand Gorge” as its dunes make a car-like roaring sound when disturbed, a phenomenon that nobody can explain. watch video below 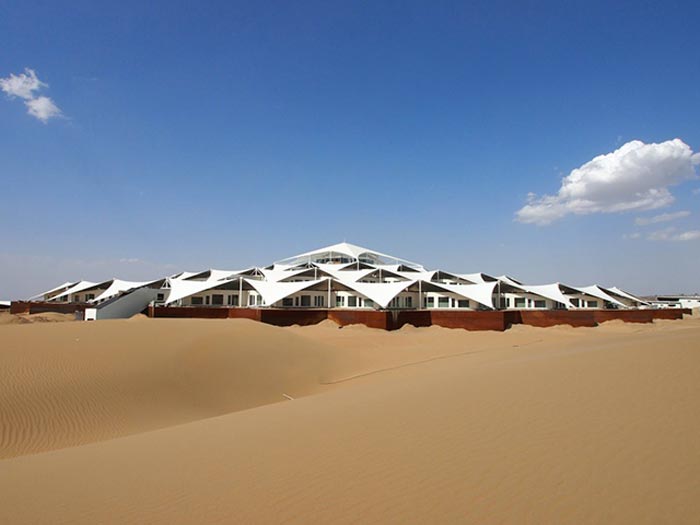 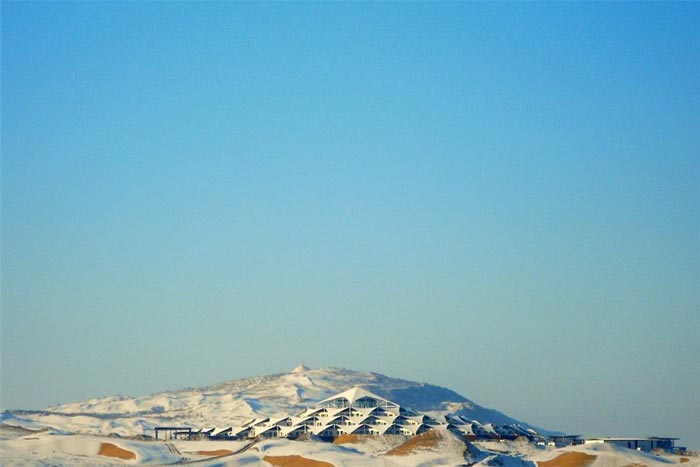 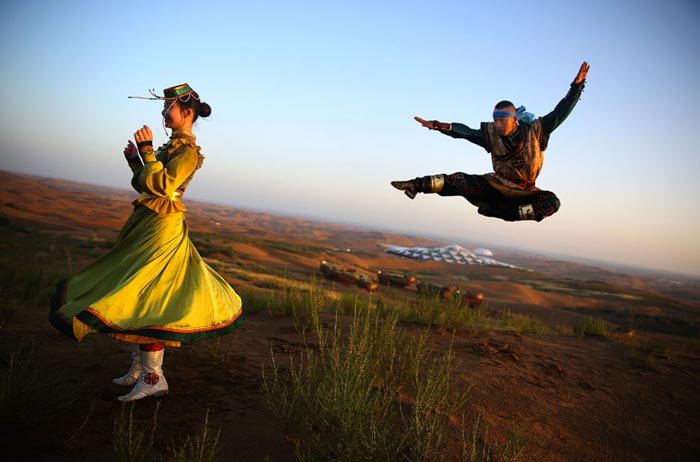 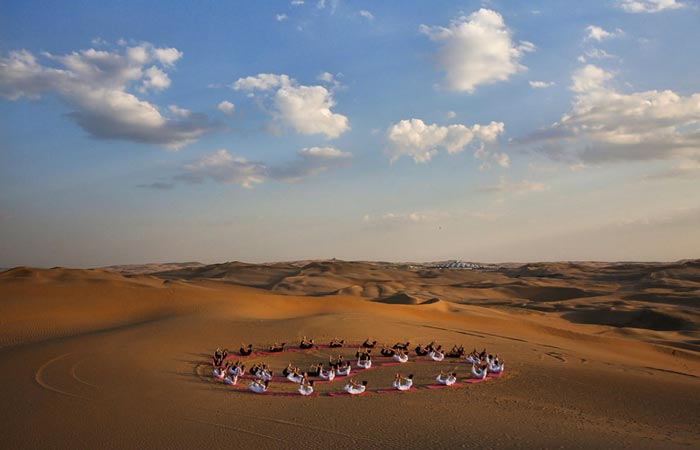 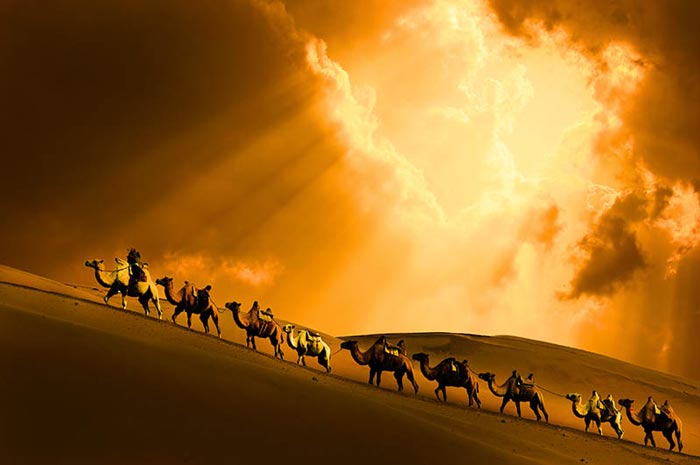 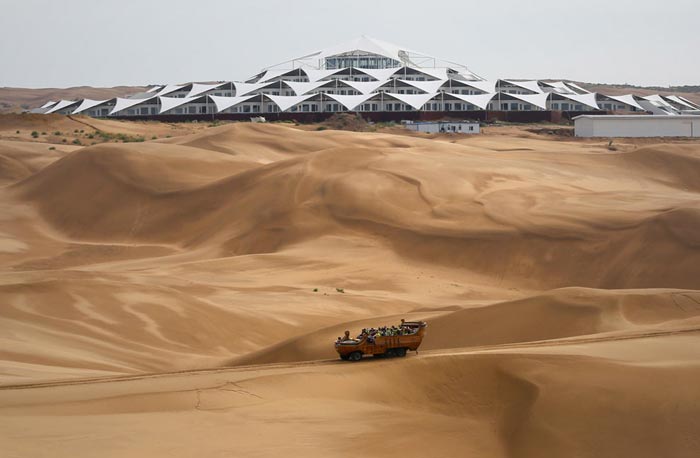