Taking a tablet with you on your trips is a great thing because you have a cool smart device to help you along the way, but what to do when it becomes too difficult to avoid damaging your tablet? You could put a protective cover over it but those things can do only so much. In order to avoid these issues with the fragile nature of most tablets, Dell has announced a new product which will be a part of their Rugged line. It’s called Latitude 12 Rugged Tablet and it sure looks like it can take a beating. In fact, the way it was designed reminds you of those military grade laptops which we get to see only in movies, but this thing will hit the shelves soon, hopefully.

Ruggedness of the Latitude 12

As it is a member of the Rugged line of Dell’s products, it’s main feature is its very durable nature. The Latitude 12 Rugged Tablet is said to be mud, dust and sand resistant, it can stay in one piece after a four foot drop and it can handle temperatures from -20 and 145 degrees Fahrenheit. For an 11.6 inch tablet, this is actually pretty great and makes this device viable for all people who like adventure travel or who have to go out in the field because of work. Wherever you take it, it’s going to keep doing its job. 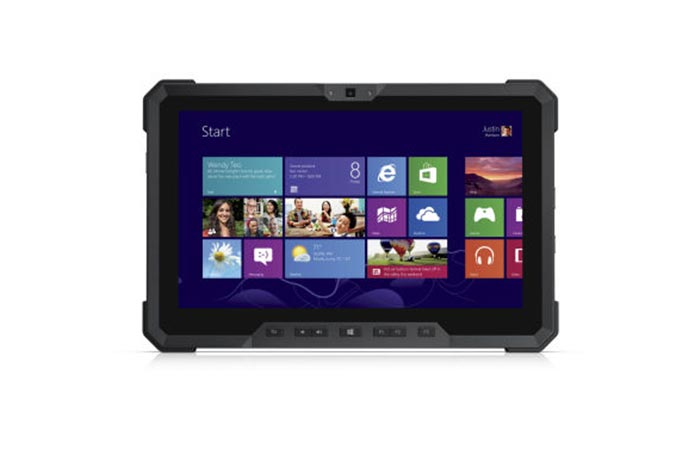 Latitude 12 will run on Windows 8.1, has an excellent CPU and a lot of storage space

Dell didn’t want to make just a tough tablet, they aimed at efficiency as well, which is why this tablet has 5th generation Intel Core CPUs, runs on Windows 8.1 and has 512GB of solid state storage. The battery can run up to 12 hours, but it’s easy to swap batteries on the go if you need more juice. The 11.6 inch touchscreen display can be used even with gloves on which is excellent if you are somewhere where it’s very cold, or if you are at, let’s say, a construction site. This tablet also has a rugged pogo-pin interface which you can use with desk and vehicle docks or to attach a keyboard cover. 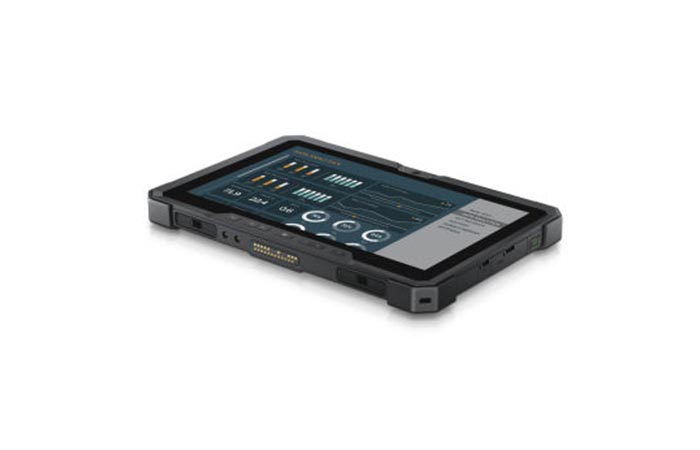 You can hook it up to a vehicle or desk dock, or use a cover keyboard with it for easier interaction

Dell’s Latitude 12 Rugged Tablet is a pretty cool piece of durable gear and very few tablets can boast this level of durability and specifications, for that matter. It’s still unknown how much it will cost, but devices geared for use in extreme conditions are notoriously expensive. Still, it’s more cost effective to buy a rugged device and rest assured that it will stay in one piece, than to buy a regular tablet every now and then. [via]

Check out a video about the Latitude 12 Rugged Tablet.