We all know that motorcycle customizations is an art; sometimes it’s a hit, sometimes a miss, but it is bound to turn heads wherever you go. As the case may be, this customization was definitely a hit, and a very interesting one at that. Featuring the Daisy Duke KTM 690 by Federal Moto.

Usually, customizations are additions to a given motorcycle, but this is not the case with Federal Moto’s rendition of the 2013 690 KTM Duke.

The goal for Federal Moto was to remove as much as possible, while coaxing out an awesome bike.

Federal Moto director, Shaun Brandt said this about the Daisy Duke, “The goal was to eliminate as much of the bulk—and plastic—as possible.”. To achieve this, they modified the entire build to bolt onto factory mounts. This allows the owner to use stock options or aftermarket parts with ease. 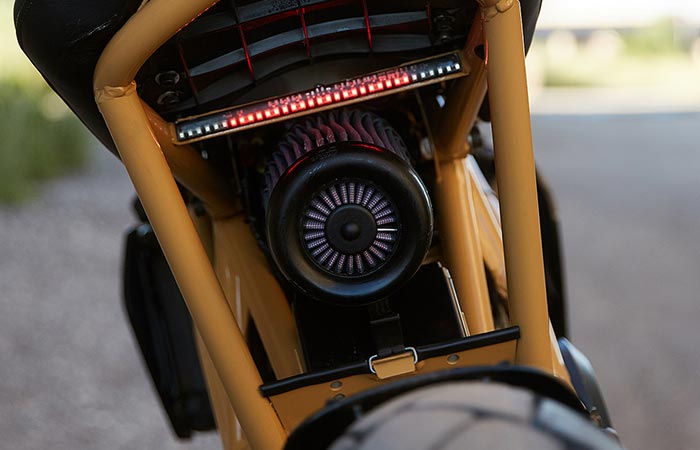 The air intake system was removed in favor of a K&N air filter. 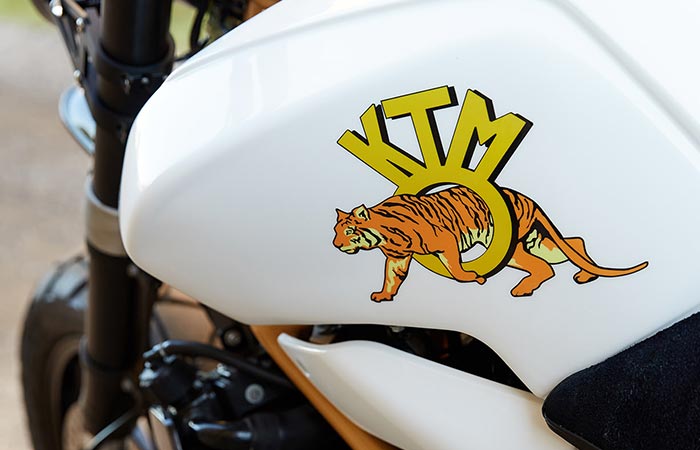 The original KTM fuel tank was kept, but all the stock shrouds were removed.

The rear end is also adorned with a custom-made subframe and seat. The seat upholstery is done with a mix of leather and suede. The lithium-ion battery from Antigravity is also tucked away neatly under the seat. In addition to this, there are a few other modifications made on the Daisy Duke that truly makes it an exceptional ride. 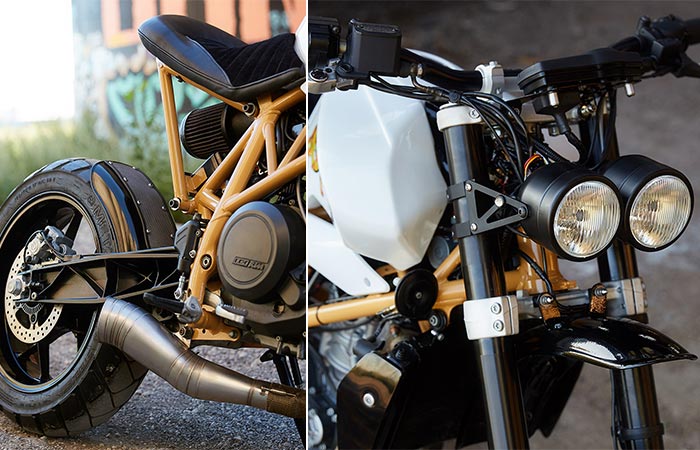 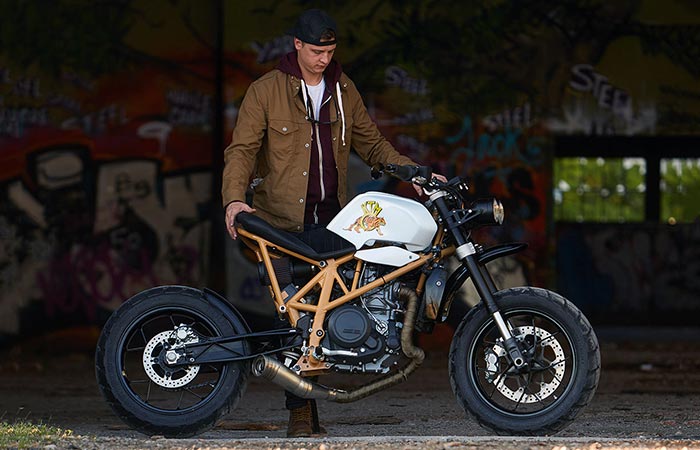