There is an old trick that has been popular among students or people going for a job interview which has proved to be quite effective in eliminating stage freight before an exam or a job interview. The trick is to imagine a person interviewing you or a teacher sitting on the toilet seat which apparently makes them look less intimidating. You know – bring them down to our ordinary mortals’ level. Well, that’s exactly what Italian artist Cristina Guggeri did with a series of images she humorously titled “Il Dovere Quotidiano” (or The Daily Duty).

Cristina is the author of amusing images depicting world leaders and royals sitting on the toilet, answering nature’s call. Of course, the images are just a presumption of what these people might look like when ‘doing the deed’ and, indeed, they are really funny. Barack Obama, the Queen Elizabeth II, German Chancellor Angela Merkel, Russian President Vladimir Putin, the Dalai Lama and even the Pope are all caught with their underwear down. 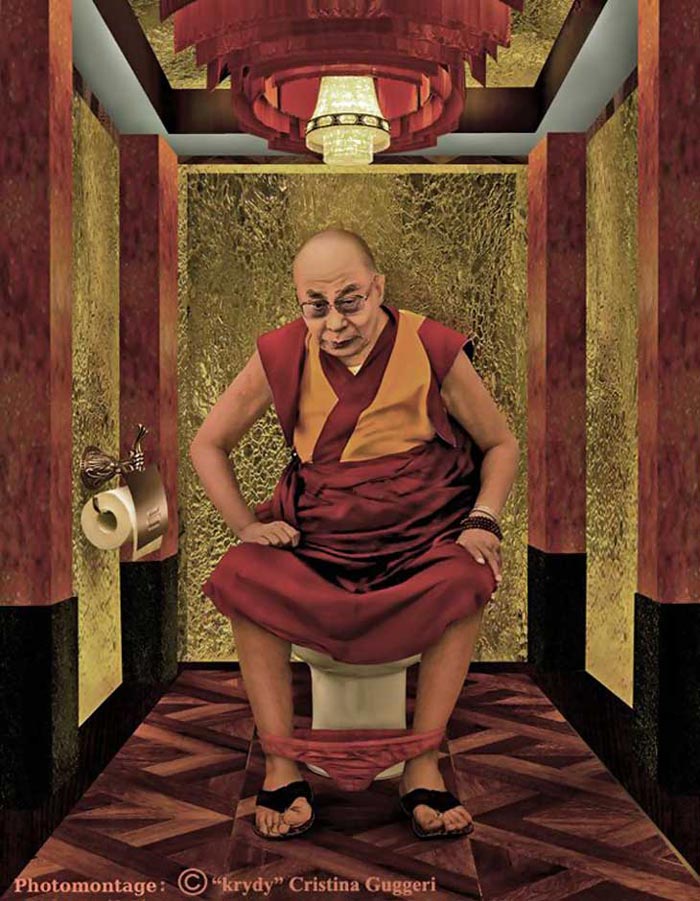 Guggeri explains her work: “The choice to capture personalities in their daily duty is not only the externalization of a idea shared by all, but implies another kind of message: the powerful, being personalities of public importance, should not only perform their physiological duty, but they should realize what ordinary people (who elected them) expect from them: their ‘daily duty’.” 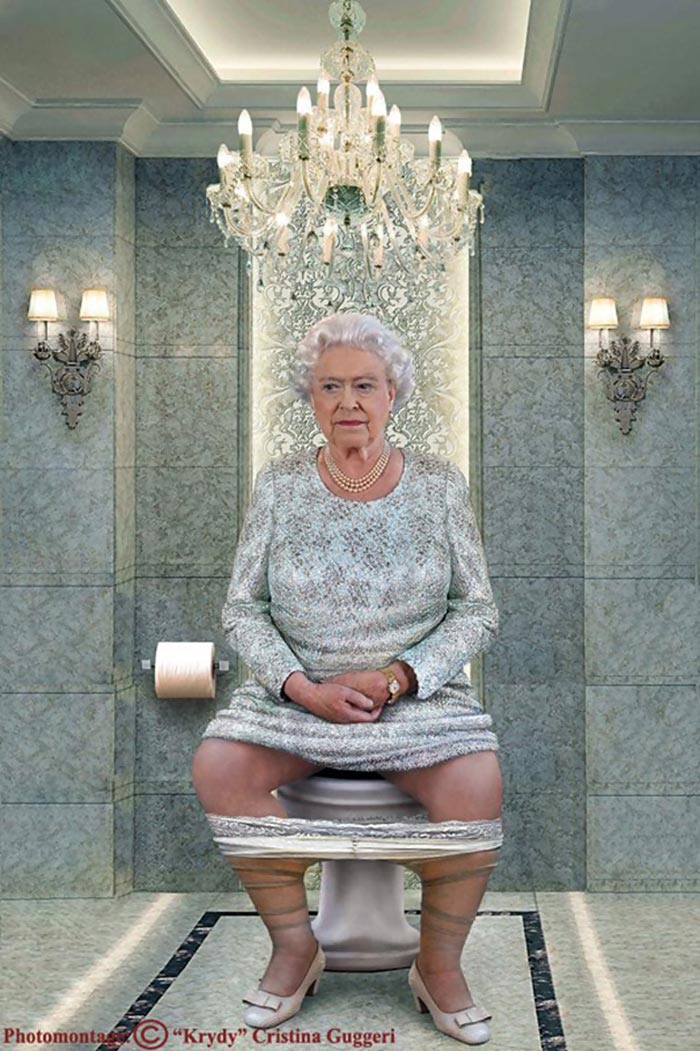 As for people’s reaction to The Daily Duty collection… Well, they do have a sense of humour and they really liked the idea of seeing some of the world’s most powerful figures doing what every other human in this world does daily. The photographs are actually a photo-montage made with digital art and Cristina is currently working on another series of photographs of great personalities. We can only guess what kind of compromising position they are going to be depicted in. [via] 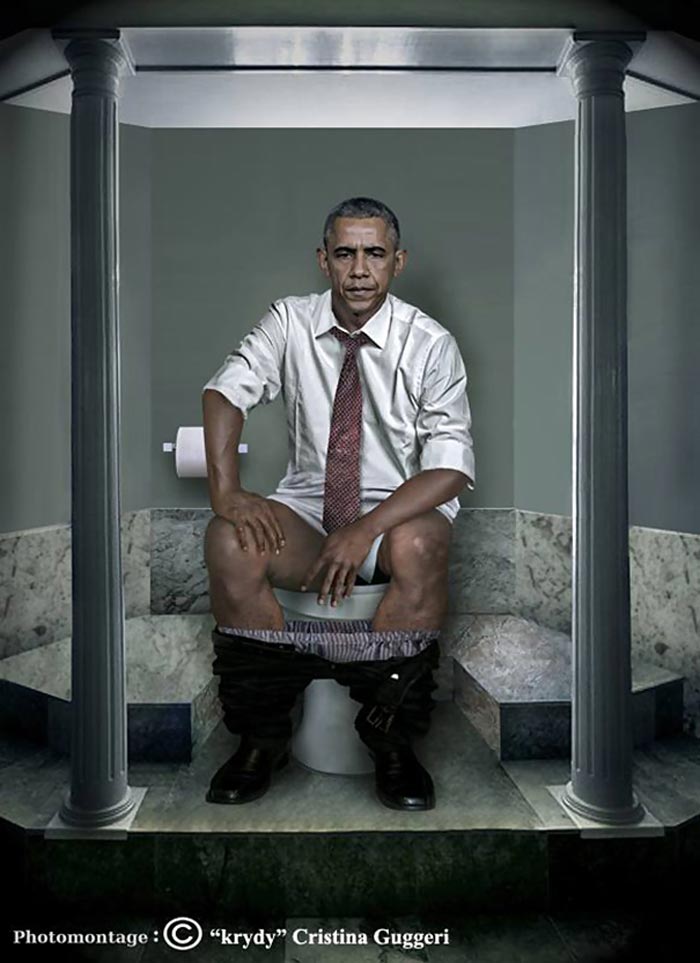 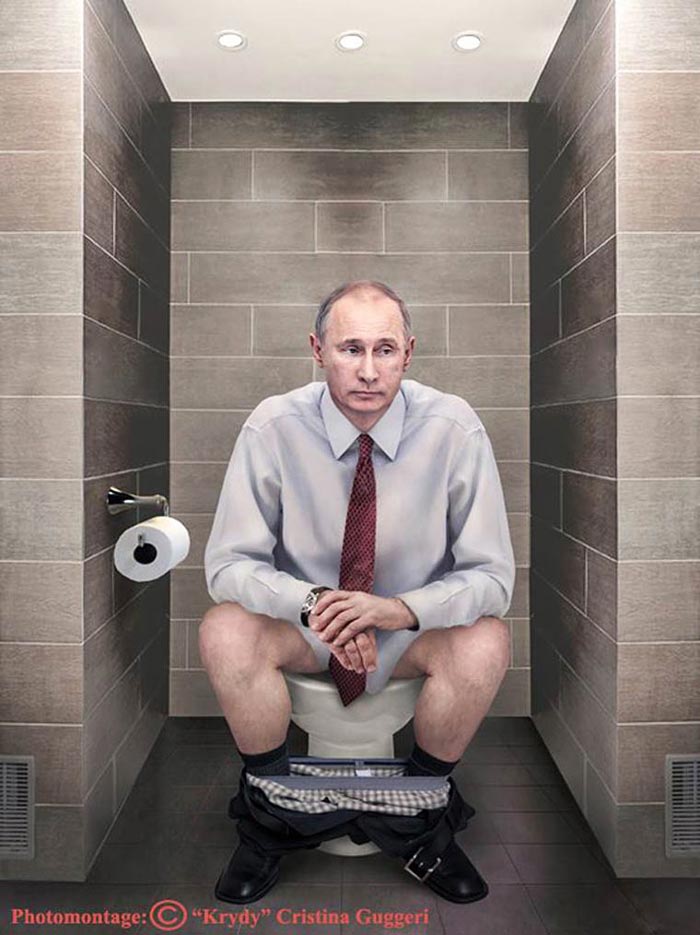 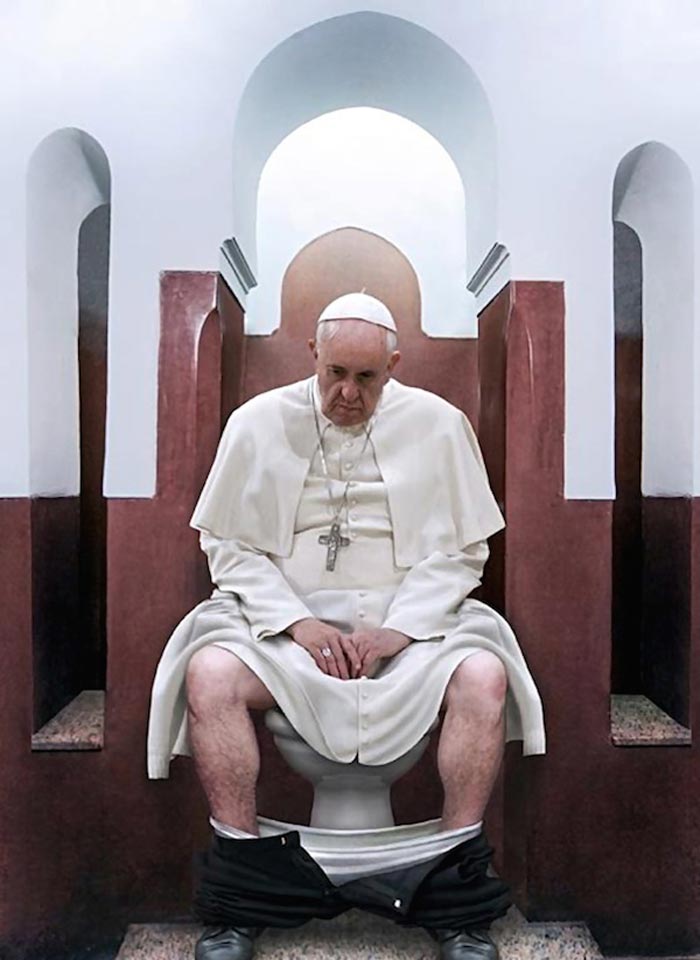 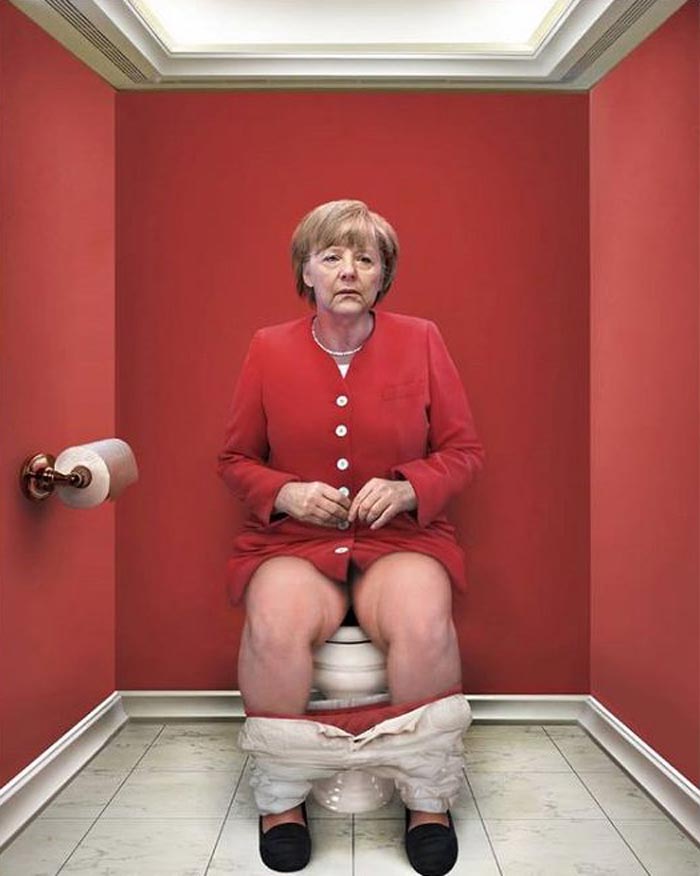 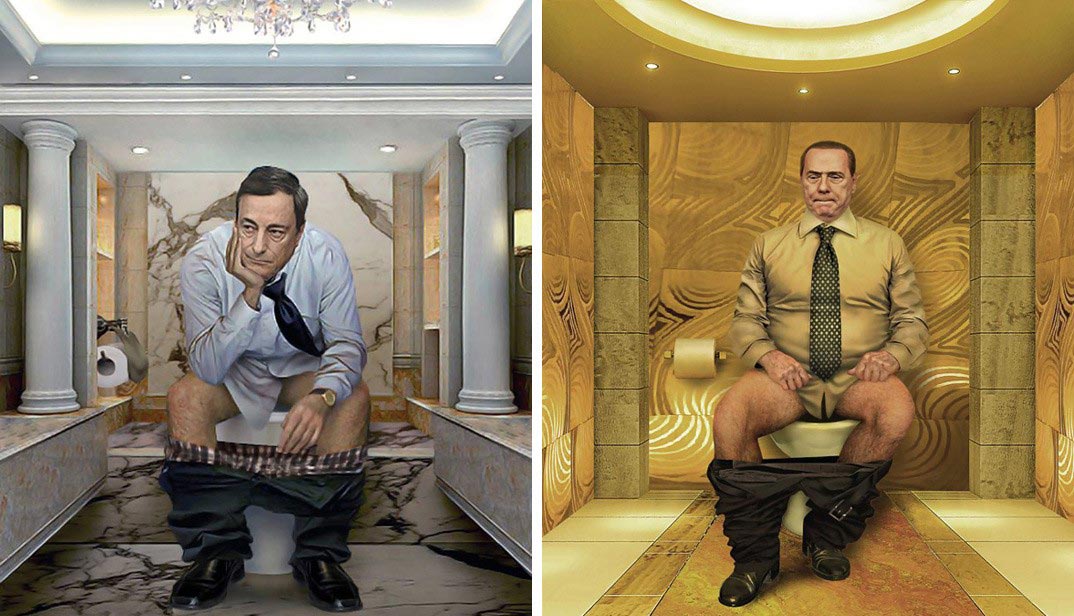 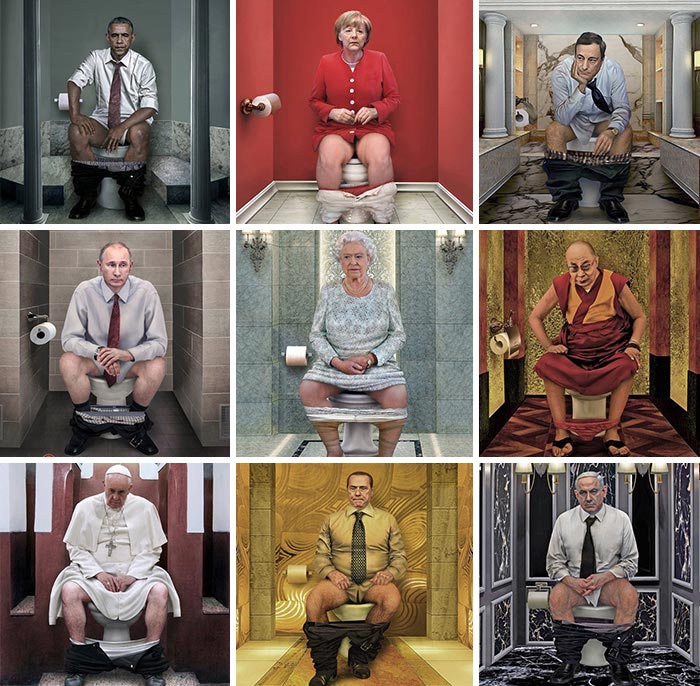