You probably remember hearing about the Colossus of Rhodes as one of the Seven Wonders of the Ancient World. It was a 40-meter tall statue of Helios, the Greek sun god, made entirely from bronze, in 280 B.C.; unfortunately, it was destroyed in an earthquake in 226 B.C. However, the Colossus of Rhodes Project plans to resurrect the great Colossus and make an even larger, modern statue that will make the island a real tourist attraction and help Greece overcome the economic crisis.

The Colossus of Rhodes Project is a bold idea of young European architects to make a new Colossus that would represent a 150 meter tall sustainable structure. The statue would be covered with solar panels, and it would be able to withstand earthquakes. Since the new Colossus of Rhodes would be such an enormous structure with a lot of capacity, it’s also planned for it to serve as a lighthouse, a cultural center, a library, and an exhibition hall. 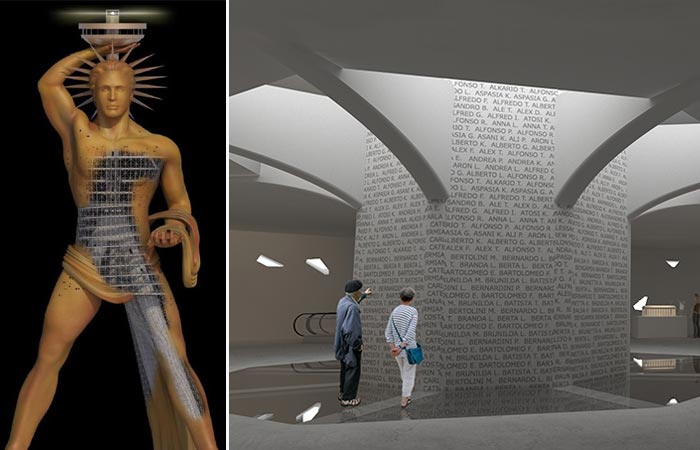 This 150 meters statue would serve as a lighthouse, a museum, a cultural center, and a library.

This would be one of the biggest projects in modern day Greece, and the costs are estimated at around $273 million. The team behind the project believes that these funds can be raised by private investments or international crowd funding and that the Colossus of Rhodes Project would create new jobs for the citizens of Greece. Also, the goal of the project is to help the country’s economy would benefit from an increase in revenue of more than 2 billion euros per year. This giant building would be located outside the city walls, near the port access. However, its construction would last 3-4 years and wouldn’t obstruct the functioning of the Mandraki Harbour. 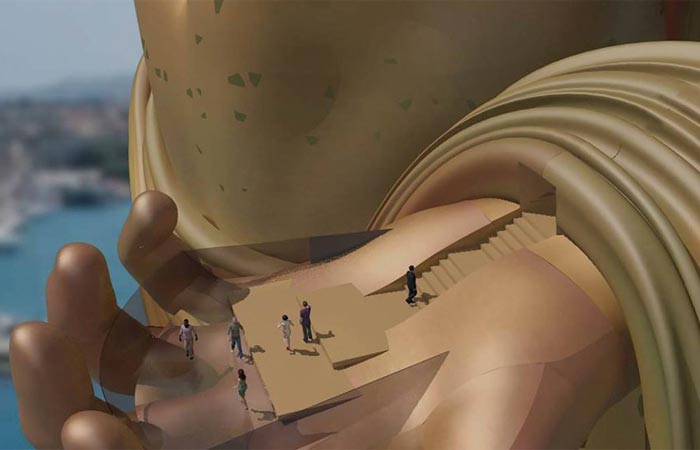 The new Colossus of Rhodes would be a great tourist attraction that could help the country’s economy recover.

The Colossus of Rhodes Project offers a new version of one of the Seven Wonders of the Ancient World that would be much more than a copy of the original structure. The enormous building would be a new cultural center and a huge tourist attraction. What’s even better, the new technologies and the intelligent systems would allow for the structure to be energetically autonomous. The solar panels would serve as a sustainable energy source while the internal open spaces would be precious for air conditioning and for reducing energy consumption. Besides the highly practical aspects of the project, there’s also an aesthetic goal that’ll be achieved as people will once again be amazed by the great Colossus of Rhodes. 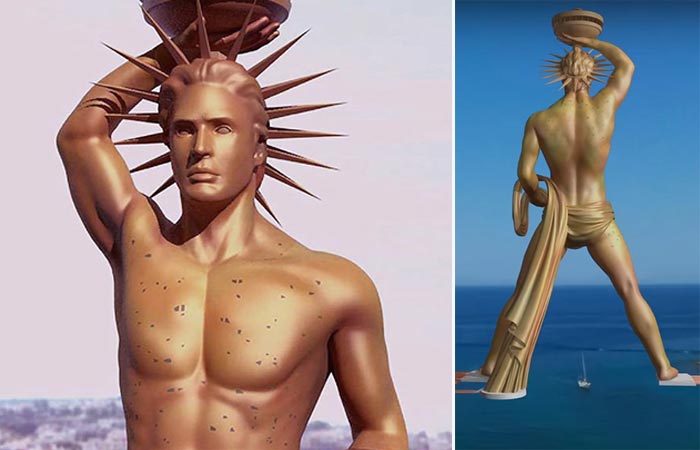 As Helios was a sun god, the new structure would keep the connection with the sun concept as it would be covered with solar panels.

Take a closer look at the concept in the video below: